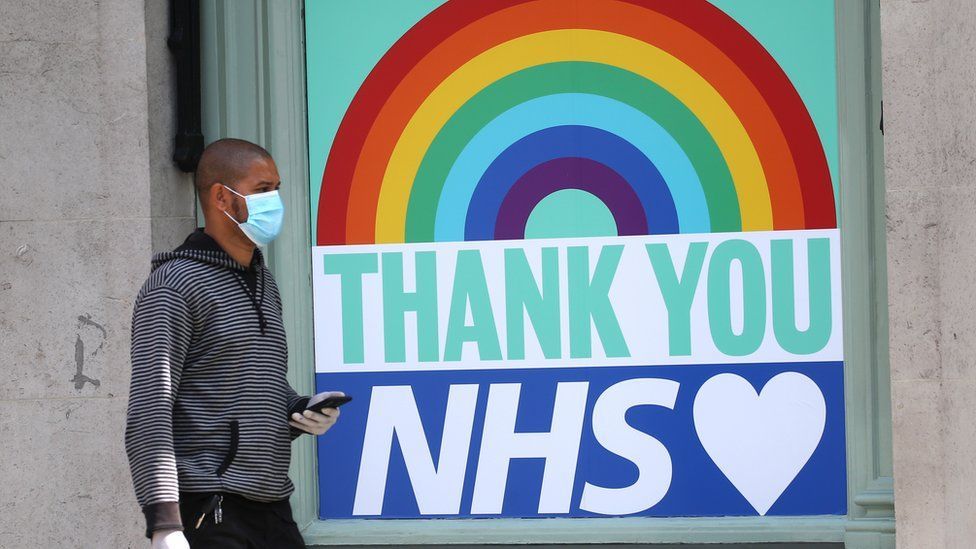 The UK's failure to do more to stop Covid spreading early in the pandemic was one of the country's worst public health failures, a report by MPs says.

The government approach - backed by its scientists - was to try to manage the situation and in effect achieve herd immunity by infection, it said.

This led to a delay in introducing the first lockdown, costing thousands of lives, the MPs found.

But their report highlighted successes too, including the vaccination rollout.

It described the approach to vaccination - from the research and development through to the rollout of the jabs - as "one of the most effective initiatives in UK history".

But campaigners criticised the report for failing to focus on those who had died, saying references to practical issues, including problems with laptops, was "laughable".

The 150-page document, Coronavirus: Lessons learned to date, is from the Health and Social Care Committee and the Science and Technology Committee, and MPs from all parties.

It predominantly focused on the response to the pandemic in England. The committees did not look at steps taken individually by Wales, Northern Ireland and Scotland.

The MPs called the pandemic, which has claimed more than 150,000 lives in the UK and nearly five million worldwide so far, the "biggest peacetime challenge" for a century.

Some early failings, the report suggested, resulted from apparent "group-think" among scientists and ministers.

It meant the UK was not as open to different approaches on earlier lockdowns, border controls and test and trace as it should have been. 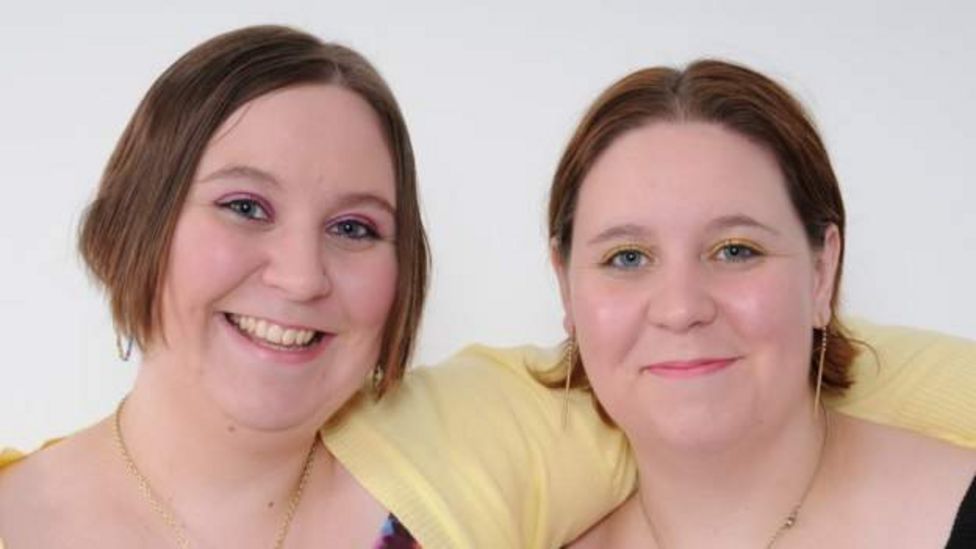 A woman whose twin sisters died within three days of one another after testing positive for Covid says the report from MPs uses the success of the vaccine programme to deflect from earlier failures.

Zoe Davis' sisters Katy and Emma, who were both nurses, died in April 2020.

She says: "Nobody is saying that the vaccine programme hasn't been phenomenal but the frustrating thing is that's a deflection of what is actually being brought to attention and the overall message is that Covid failures have cost lives."

Lindsay Jackson, from Derbyshire, whose mother died with Covid, said the report confirmed her fears she had about care home visits in March 2020.

"I knew in my own mind the lockdown was too slow, I knew the social care sector wasn't being looked after, I knew people shouldn't have been released from hospital without tests, and this just confirms that."

She is calling for the government to move to a public inquiry now to see if anyone is culpable.

Conservative MPs Jeremy Hunt and Greg Clark, who chair the committees, said the nature of the pandemic meant it was "impossible to get everything right".

"The UK has combined some big achievements with some big mistakes. It is vital to learn from both," they said.

Cabinet Office minister Stephen Barclay said scientific advice had been followed and the government had made "difficult judgements" to protect the NHS.

He said the government took responsibility for everything that happened - saying the government would not shy away from any lessons to be learned at the full statutory public inquiry, expected next year. 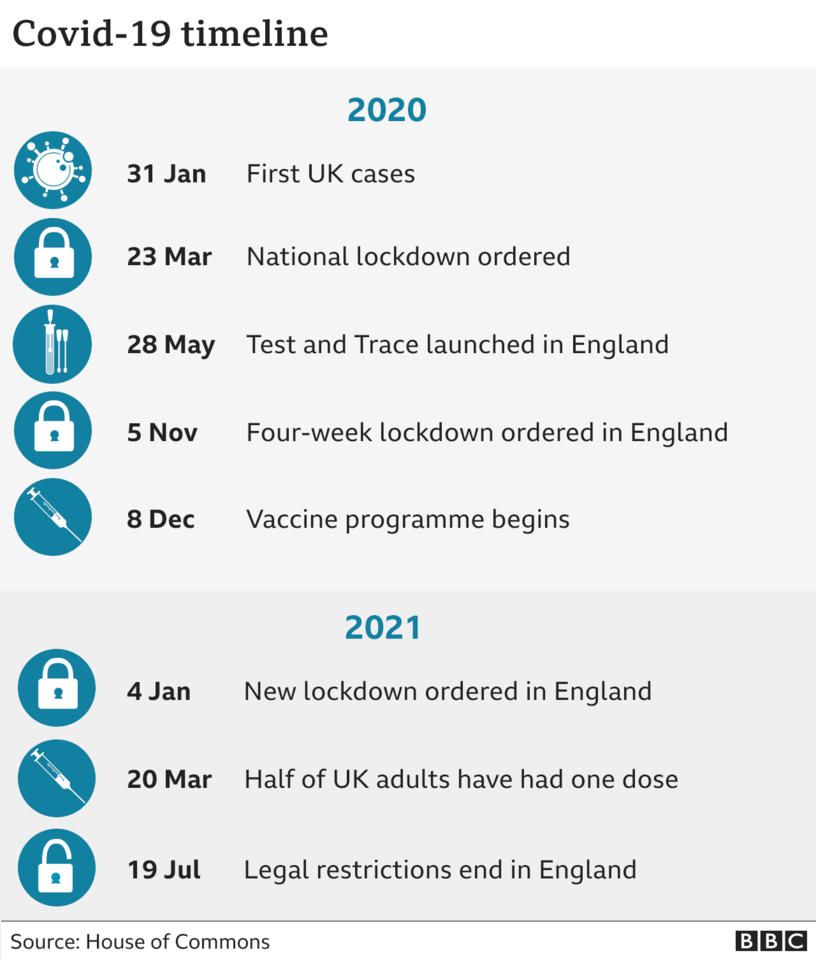 Labour leader Sir Keir Starmer said the report was a "damning indictment" and showed the errors and failures of running down the NHS before the pandemic.

He called on Prime Minister Boris Johnson to apologise to the bereaved and hold the public inquiry as soon as possible.

When Covid hit, the government's approach was to manage its spread through the population rather than try to stop it - or herd immunity by infection as the report called it.

The MPs said this was based on dealing with a flu pandemic, and was done on the advice of its scientific advisers on the Scientific Advisory Group for Emergencies (Sage).

But the idea was not challenged enough by ministers in any part of the UK. Although other parts of Europe were guilty of this too, the MPs added. 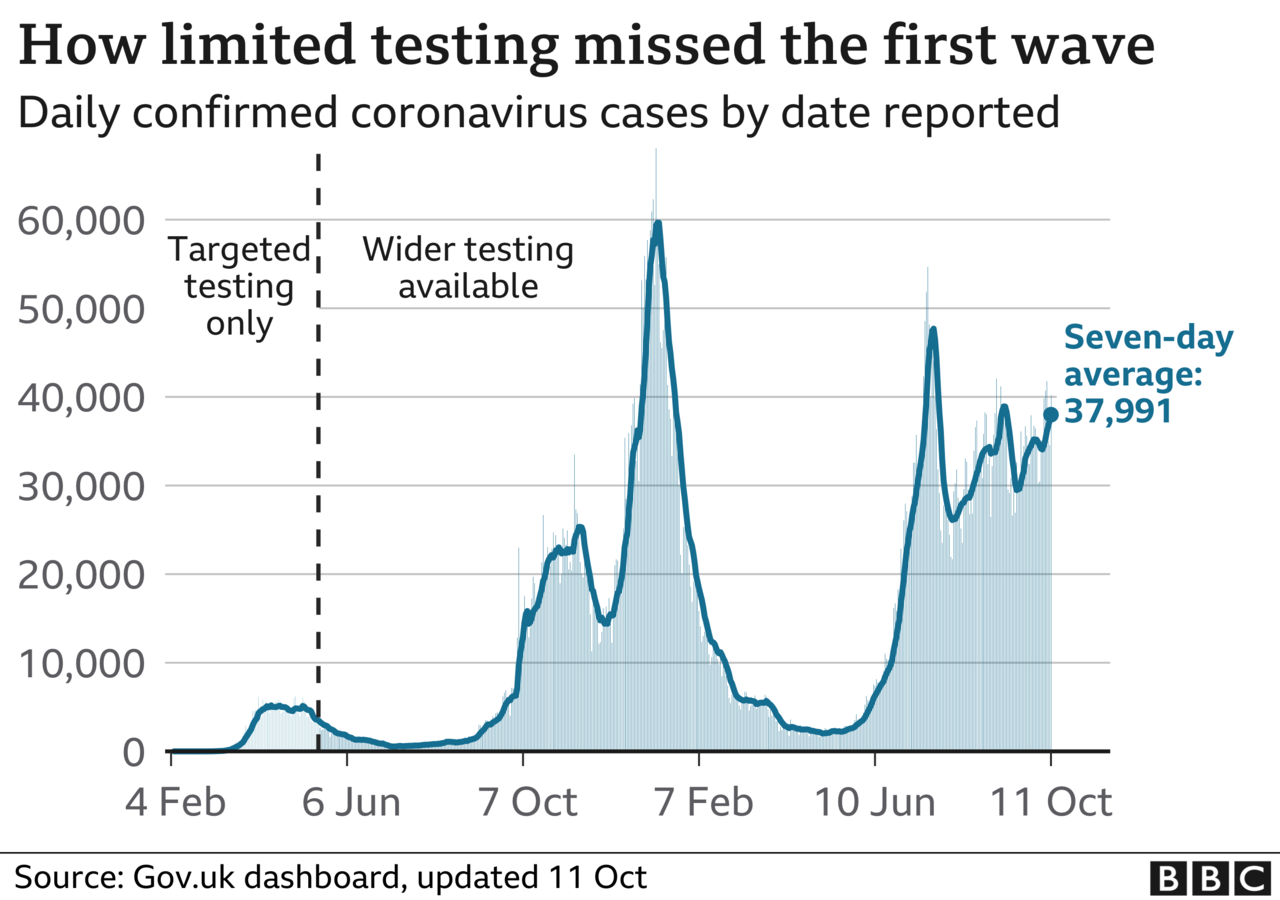 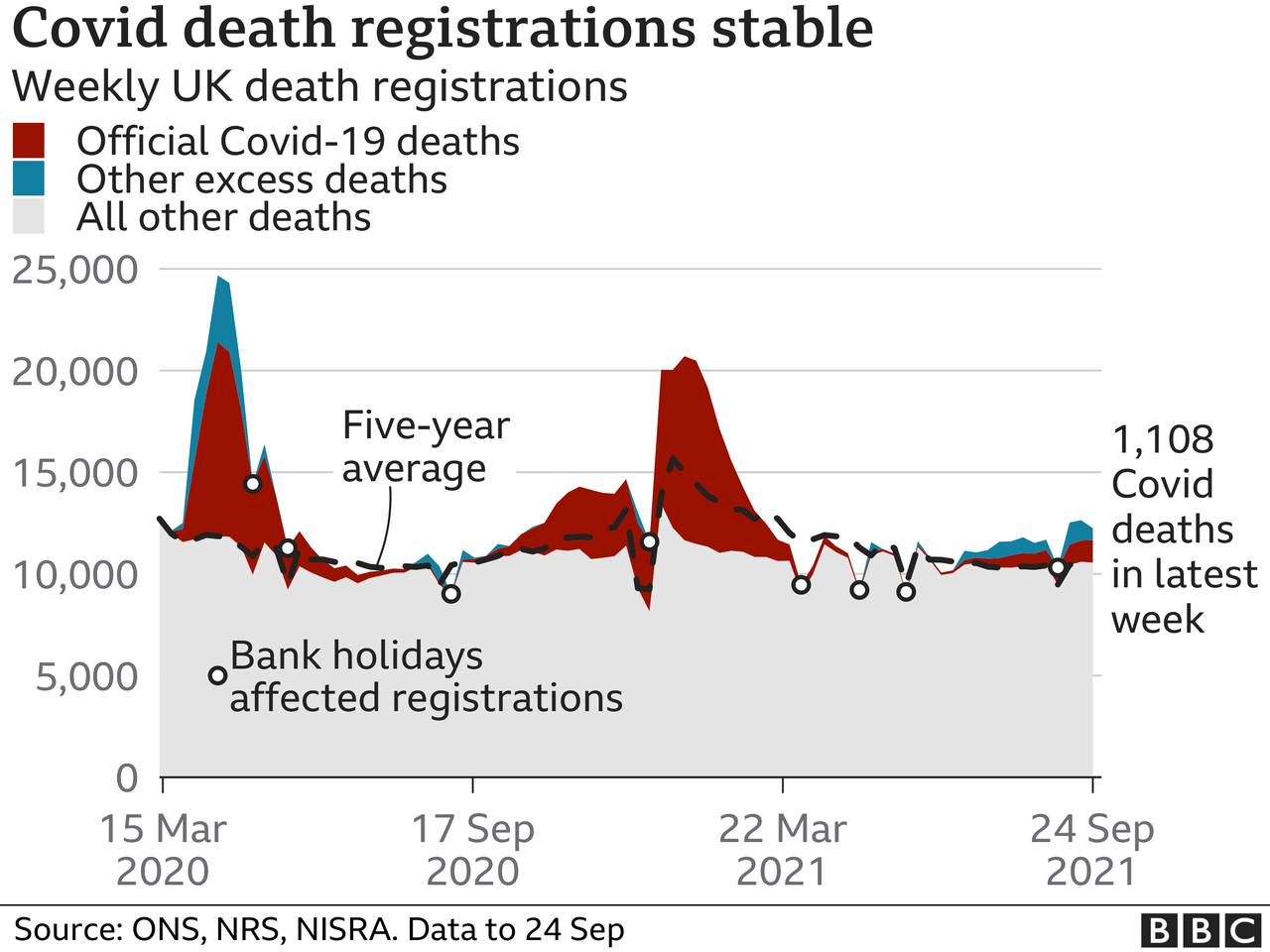 Too little was done in the early weeks to stop Covid spreading, the MPs said, despite evidence from China and then Italy that it was a virus that was highly infectious, caused severe illness and had no cure.

"The veil of ignorance through which the UK viewed the initial weeks of the pandemic was partly self-inflicted," the report said.

Asked whether herd immunity had been a policy in the early days, Mr Hunt said he did not think there was any desire for the whole population to be infected.

However, he said there was a "fatalism that it was likely that in the end, that will be the only way that we will stop the progress of the virus".

Decisions on lockdowns and social distancing during those early weeks - and the advice that led to them - were described as "one of the most important public health failures the UK has ever experienced".

The advice from scientists changed on 16 March 2020 - with a lockdown announced a week later.

"This slow and gradualist approach was not inadvertent, nor did it reflect bureaucratic delay or disagreement between ministers and their advisers," the report said, describing it as a "deliberate policy".

"It is now clear that this was the wrong policy, and that it led to a higher initial death toll than would have resulted from a more emphatic early policy. In a pandemic spreading rapidly and exponentially, every week counted."

A Liverpool FC and Atletico Madrid football match on 11 March - as a pandemic was declared by the WHO - and the Cheltenham Festival of Racing between 10 and 13 March, may have spread the virus.

Mr Barclay said hindsight was "an issue". Had the government known how much the country would be willing to endure, lockdown may have come sooner, the minister added.

The MPs also highlighted how ministers in England rejected scientific advice to have a two-week "circuit-breaker" in the autumn.

They said it was impossible to know whether that would have prevented the second lockdown in November, although they pointed out it had not in Wales.

The UK was one of the first countries in the world to develop a test for Covid in January 2020, but failed to translate that into an effective test-and-trace system during the first year of the pandemic, the report said.

Testing in the community stopped in March 2020 and for weeks during the first peak only those admitted to hospital were tested.

It was not until May that the NHS Test and Trace system was launched in England, but the report described its start as "slow, uncertain and often chaotic".

It said the system was too centralised, only later making use of the expertise in local public health teams run by councils.

But it praised the target set by then Health Secretary Matt Hancock to get to 100,000 tests a day by the end of April, saying it played an important part in galvanising the system.

The greatest praise though was reserved for the vaccination programme and the way the government supported the development of a number of vaccines, including the Oxford-AstraZeneca jab.

It said the whole programme was one of the most effective initiatives in history, and will ultimately help to save millions of lives here and across the world. 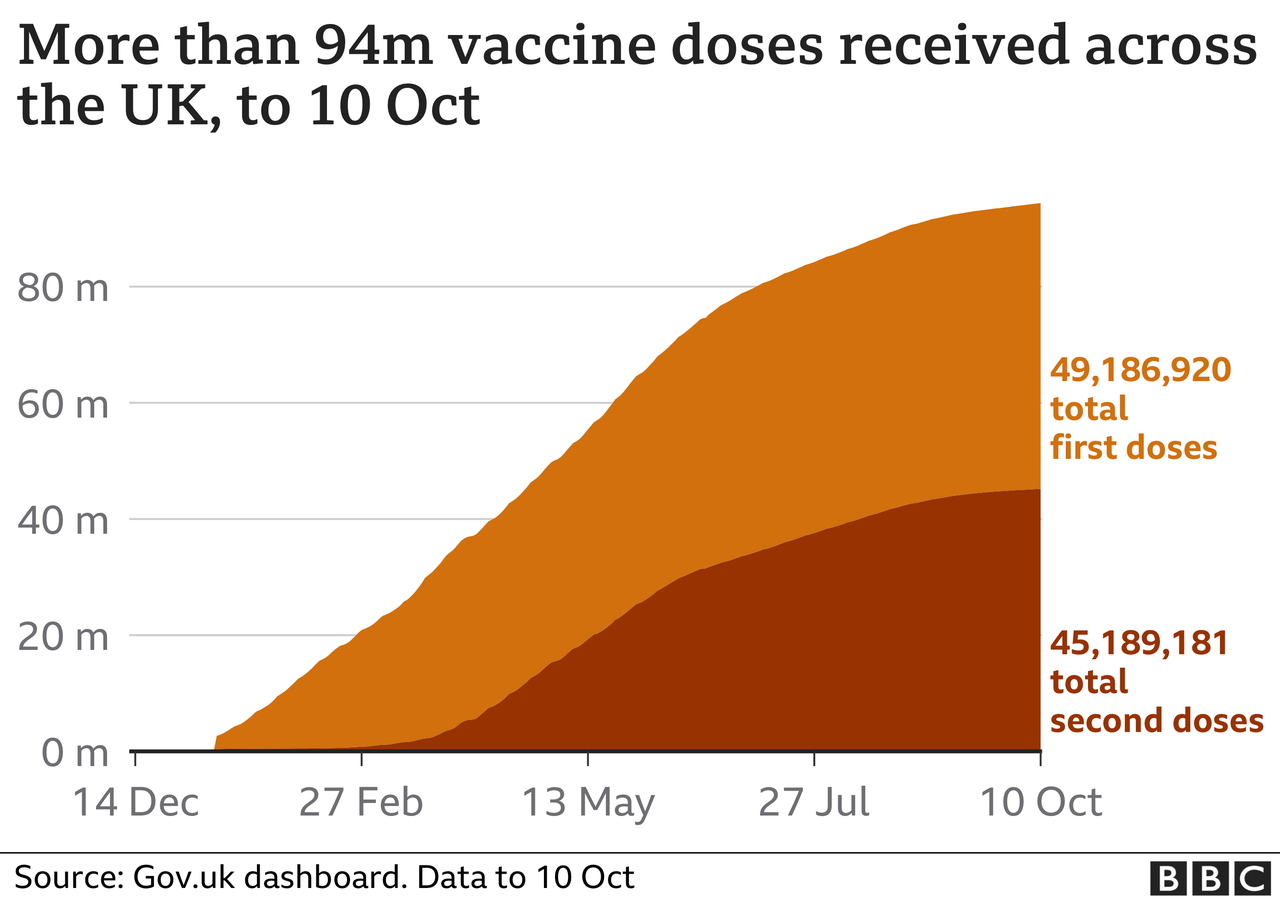 A key step, taken early on following a suggestion from chief scientific adviser Sir Patrick Vallance, was to set up a task force that combined the talents of scientists, the NHS and the private sector, led by the "bold leadership" of venture capitalist Kate Bingham.

The development of treatments, such as dexamethasone, for Covid through the UK Recovery Trial was another area where the UK's response was genuinely world-leading, the report said.

And the NHS and government were also credited with the way hospital intensive care capacity was increased to ensure the majority who needed hospital treatment received it.

The report's recommendations include comprehensive government plans for future emergencies, a bigger role for the armed forces in emergency response plans, and considering a government and NHS volunteer reserve database.

The MPs said the pandemic had also exacerbated existing social, economic and health inequalities which would need addressing.

The report highlighted "unacceptably high" death rates in ethnic minority groups and among people with learning disabilities and autism.

For ethnic minorities, there were a variety of factors, including possible biological reasons and increased exposure because of housing and working conditions.

For people with learning disabilities, not enough thought was given to how restrictions would have a detrimental impact on them - particularly in terms of accessing health care more generally. Do not resuscitate orders were also used inappropriately.

There was a lack of priority attached to care homes too at the start of the pandemic.

The rapid discharge of people from hospital into care homes without adequate testing or isolation was a prime example of this.

This, combined with untested staff bringing infection into homes from the community, led to many thousands of deaths which could have been avoided.

Science minister George Freeman said it was too early for any proper discussion about blame or fault.

Asked about the higher UK death toll, he said: "A lot of that is actually to do with the very, very heavy obesity-related cardiometabolic chronic disease cohort that we've been carrying for years - that's a failure of public health in this country over decades."