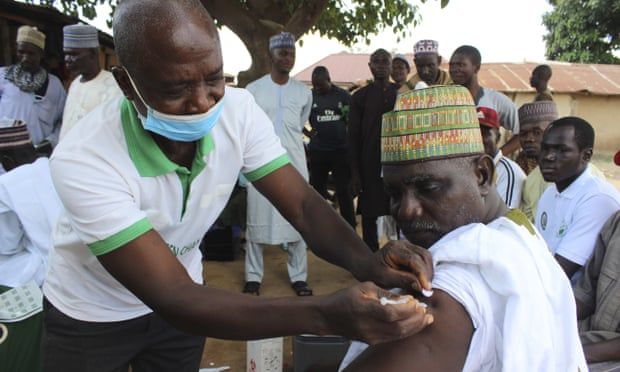 Covid is now a pandemic of poor nations, a leading global expert has told a cross-party group of MPs, adding that governments that are attempting to vaccinate their way out of the pandemic are taking a huge risk.

Dr David Nabarro, the World Health Organization’s special envoy on Covid, told the all-party group on coronavirus that the world was still deep in the pandemic, with 5,413 reported deaths in the past 24 hours alone. “This is a disease now fundamentally of poor people and poor nations,” he added.

Without mentioning the UK by name, Nabarro said wealthy countries that were attempting to “vaccinate a population out of an active pandemic” were taking a huge gamble, saying one concern was the rise of new variants that may evade current vaccines, while another was that the population may be reluctant to comply should measures such as mask-wearing and social distancing be re-introduced.

“If there is a hoovering up of vaccines for the boosters, that is just going to have a global consequences that are really quite extreme, and everybody needs to know that,” he said.

According to official data, more than 22% of people in the UK aged 12 or over have had a booster dose, while an estimated 68.6% of the entire population have had at least two jabs.

In stark contrast, in Africa just 6% of people had been fully vaccinated by the end of October, the WHO said. According to figures from Our World in Data, some African countries have even lower levels – in Nigeria the figure is only 2.8%.

Speaking at a meeting of the all-party parliamentary group on coronavirus (APPG) on Tuesday, Anna Marriott, health policy adviser for Oxfam and policy adviser to the People’s Vaccine Alliance said the situation was dire. “If we look at low-income countries as a whole, shockingly, less than 1% of the total vaccine supply has been delivered to those poorest countries, many of which are in Africa,” she said. 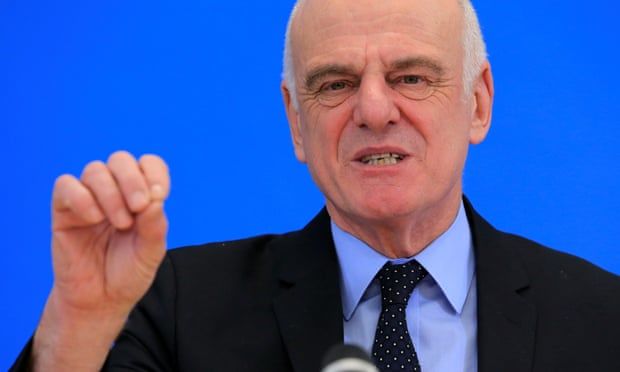 Dr David Nabarro: ‘If there is a hoovering up of vaccines for the boosters, that is just going to have a global consequences.’

“Pharmaceutical corporations have de-prioritised developing countries, including the continent of Africa,” she said, adding that included de-prioritisation of vaccine-sharing schemes such as Covax and efforts on the part of the African Union to purchase vaccine. “Rich countries have pushed themselves to the front of the vaccine queue by willingly paying higher than necessary prices,” she said.

Dr Ayoade Alakija, co-chair of the African Union Africa vaccine delivery alliance for Covid-19 said it was crucial to waive Covid vaccine patents to allow countries to manufacture doses themselves. “The transfer of technology should be mandated. These vaccines are a public global good; it should be mandated of those companies and there should be absolutely no talk of them losing profits in a pandemic, it is inhumane, it is immoral. And quite frankly, it is also quite stupid,” she said.

One problem raised by experts, including Eva Kadilli, director of Unicef’s supply division, was that some vaccines donated by rich nations had a short expiry date. That put huge strain on healthcare systems, which had to scramble to use them in time, while the different storage requirement of the jabs meant there could be logistical problems if vaccines arrived at short notice.

Dr Nicaise Ndembi, chief science adviser to the Africa CDC (the Africa Centres for Disease Control and Prevention), said close to 700,000 vaccines had expired, saying this could add to vaccine hesitancy. “If people are aware that we’re destroying vaccines, they are sure that something is wrong,” he said.