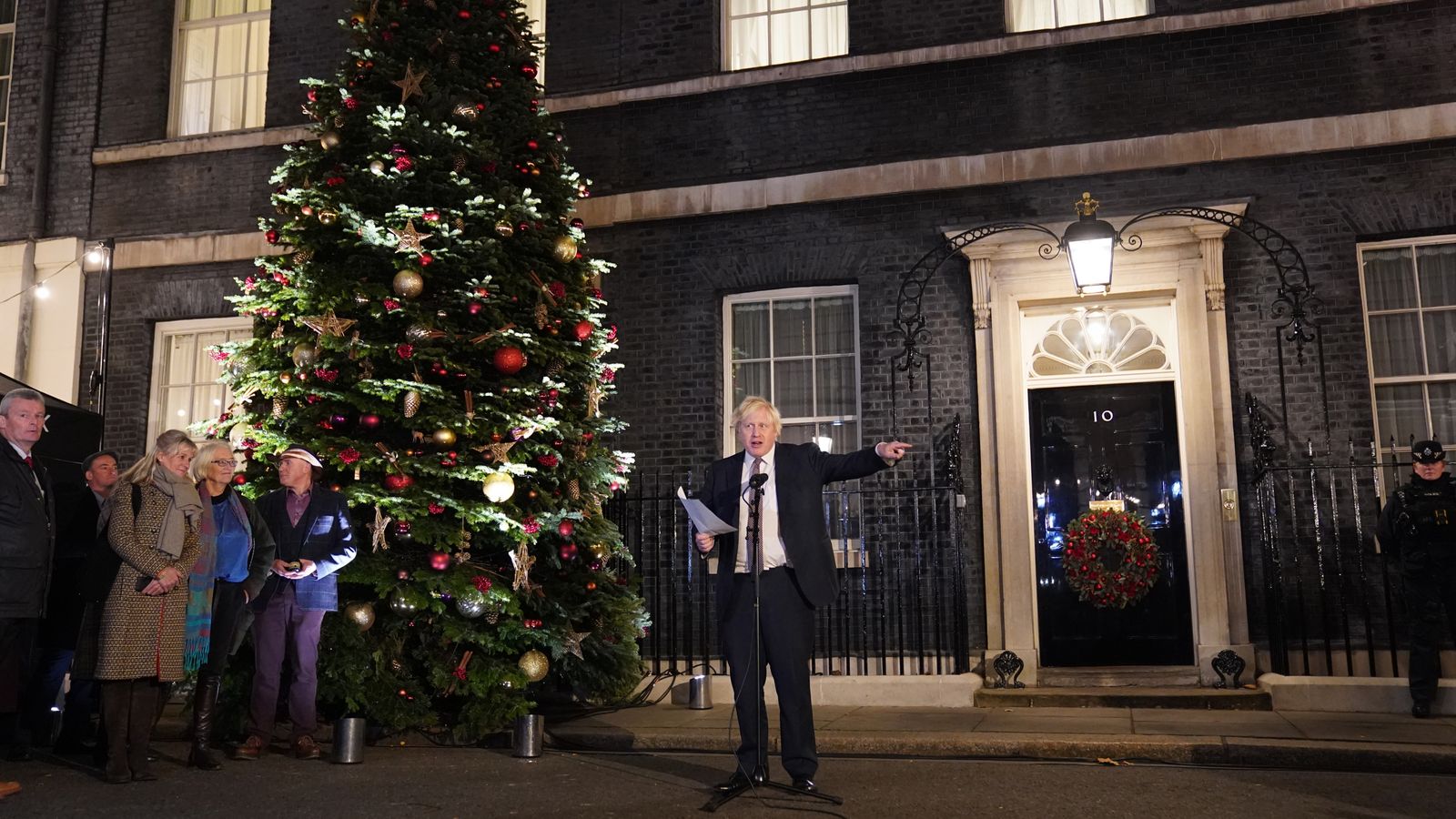 COVID-19: Number 10 confirm they will hold Christmas parties as PM says the festive period 'should go ahead as normally as possible'

Downing Street have confirmed "in-person events" such as parties will be held in the lead up to the festive period as Boris Johnson said he believes "Christmas should go ahead as normally as possible".

A Number 10 spokesperson told Sky News celebrations will be held across Whitehall in the run up to Christmas despite fears over the Omicron variant of COVID-19.

"As the prime minister has previously made clear, these events are within the latest guidance and we do not want people to cancel them," the spokesperson said. 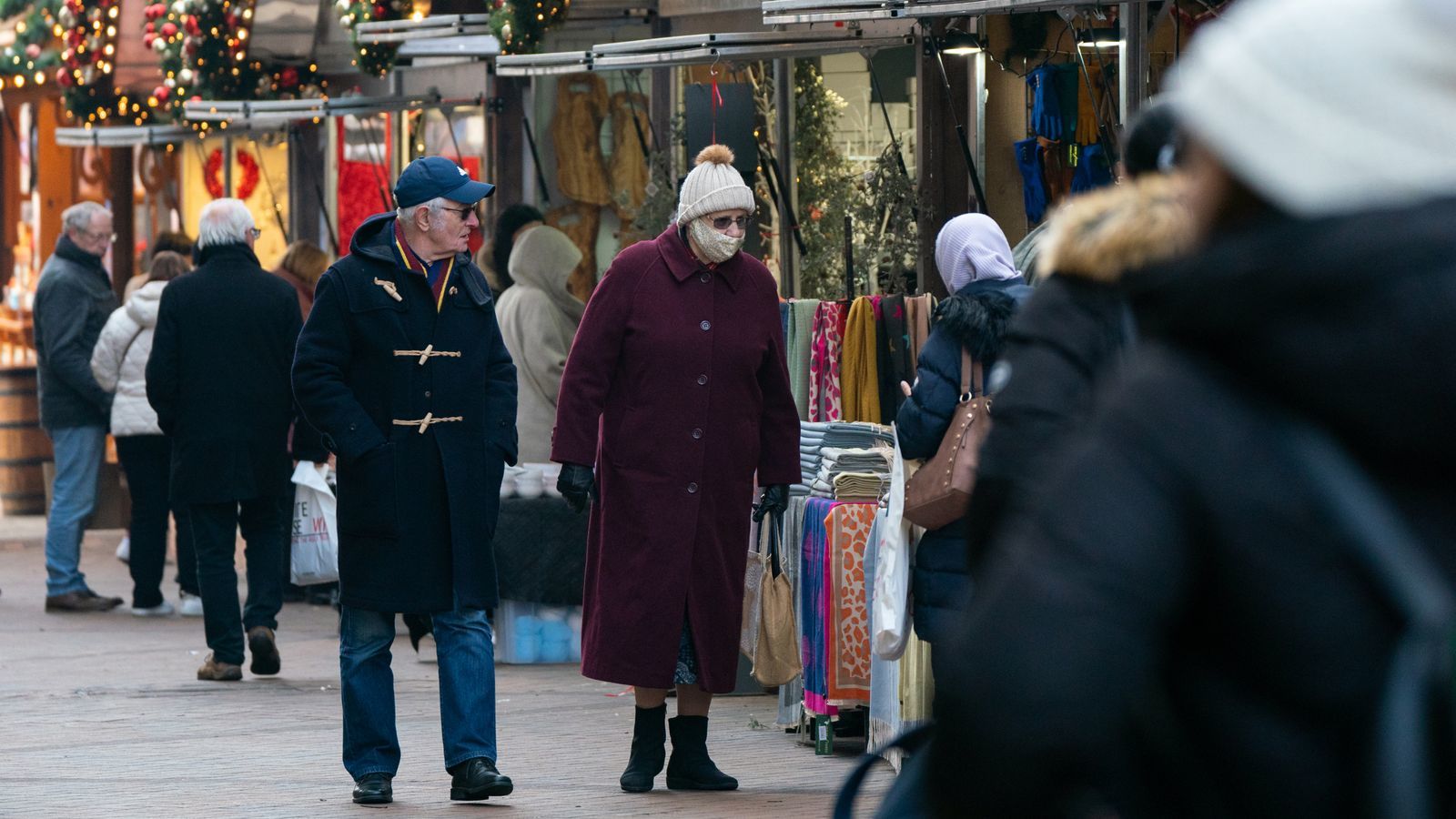 And Conservative Party Chairman Oliver Dowden urged Britons to "keep calm and carry on with your Christmas plans".

It comes as the number of confirmed Omicron cases in the UK is expected to rise sharply, and after the Irish government implemented new coronavirus restrictions for the festive period including caps on the number of households allowed to mix indoors, attend large sporting and cultural events and the return of table service in hospitality settings.

A source confirmed to Sky News that there will be an official update to UK Health Security Agency (UKHSA) figures "shortly" and the UK total "won't be less" than 66.

Meanwhile, according to the Office for National Statistics (ONS), one in 60 people were expected to have coronavirus in the week up to 27 November.

The latest data was released as Mr Dowden told Sky News that people should continue to go to the pub and dine at restaurants during the festive season.

The Conservative Party chairman said the government had taken "sufficient" action against Omicron so far and that there is no need for people to cancel their festive plans.

"The message to people is fairly straightforward, which is keep calm, carry on with your Christmas plans," Mr Dowden said.

"We've put the necessary restrictions in place, but beyond that, keep calm and carry on."

But many are cancelling festive events off their own accord, with supermarket Sainsbury's the latest to ask colleagues to postpone their Christmas parties amid fears the new variant will lead to higher staff absence levels during the holiday trading period.

Scientists are worried the new Omicron variant could be more transmissible or more evasive to existing immunity than other strains of the virus.

The government has responded by reintroducing mandatory mask-wearing in some settings in England, while also tightening self-isolation rules and travel restrictions.

However, recent days have also seen mixed messages from government ministers and public health officials over what festive celebrations, including Christmas parties, should look like this year.

This has led to criticism from within the hospitality industry, which has reported the cancellation of some Christmas parties.

Speaking to reporters on Friday, the PM was adamant once more that festive events should go ahead as planned and that no rules were broken by Downing Street staff at alleged Christmas parties during a time of coronavirus restrictions last year.

"What I have said throughout as this thing was brought up is that is not true, we followed the guidance throughout and continue to follow the guidance," Mr Johnson said. 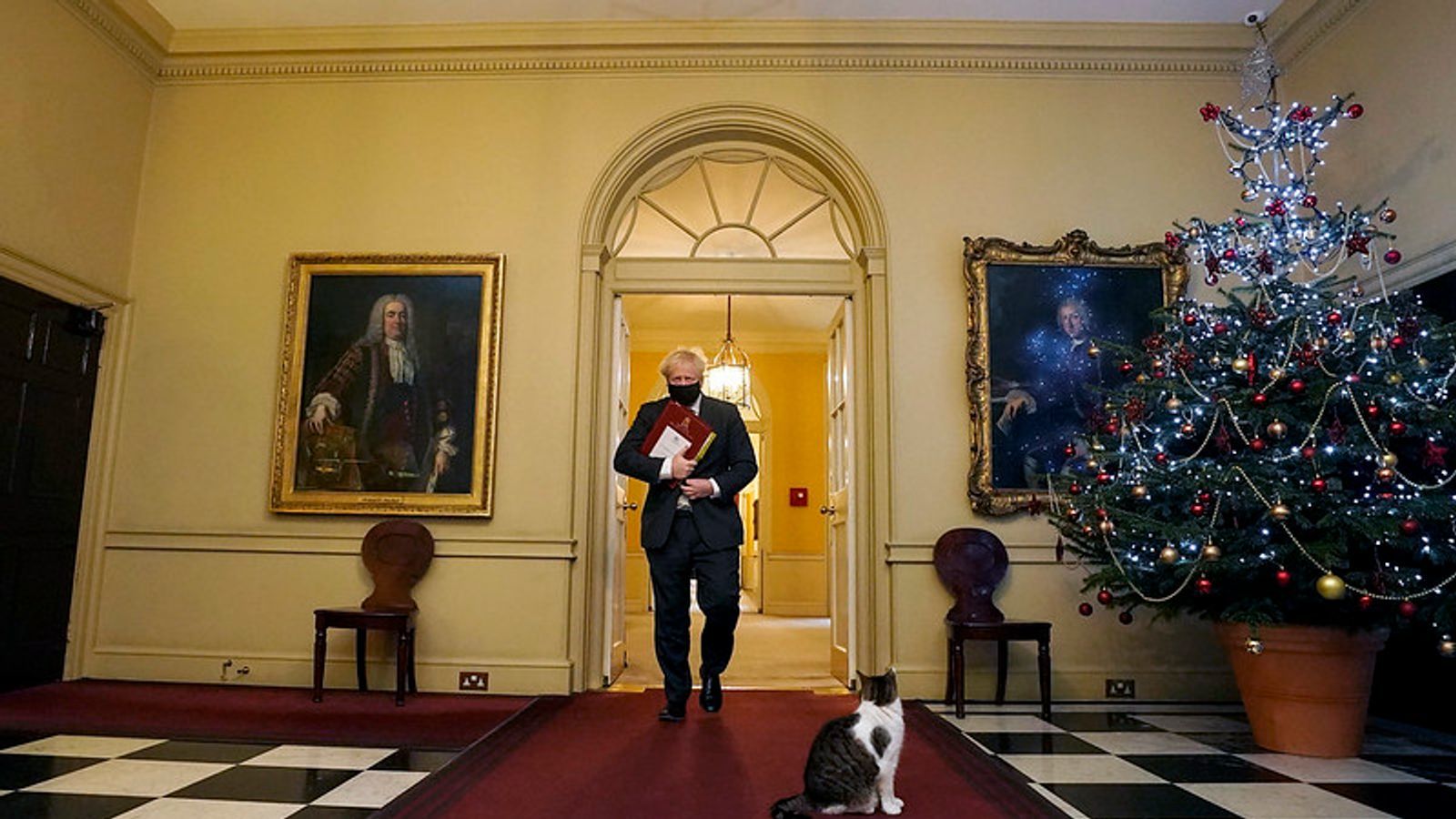 "I believe very strongly that kids should be in school and I also think that Christmas should go ahead as normally as possible.

"What we are trying to do is cope with the Omicron variant and that means having some tough measures at the border and also some measures to make sure people isolate if they come into contact with an Omicron case.

"Plus, we are toughening up the measures on masks. And that is a balanced and proportionate approach to take to Omicron whilst we wait to get to the bottom of exactly the risk it poses.

"But, the key point, whatever the risk Omicron may pose or may not pose, the vaccine is always going to be your best protection."

"We have not changed the advice around people taking part in hospitality - so going to the pub, going to restaurants and so on," he added.

"And actually I think most pubs and restaurants up until very recently have been doing very well during this season and we're not discouraging people to do so."

Mr Dowden later revealed that the Conservatives were pushing ahead with a planned Christmas party themselves.

"It will just be a normal Christmas gathering of staff that are in London, we have staff in Leeds as well, and that is completely consistent with the rules, and I would urge people to keep calm and carry on with their plans.

"We're not changing our plans either. Of course, if the situation changes and rules need to be updated, we'll comply with the rules as they stand."

Labour deputy leader Angela Rayner has revealed that a review of the party's Christmas gatherings led to a decision that a large get-together for the parliamentary party would no longer go ahead.

However, she added: "We've said quite clearly that we don't think people should cancel their Christmas gatherings.

"But we do think the government should make clear advice to people what they should be doing."

It is understood that other Labour festive events are still being planned.

In his Sky News interview, Mr Dowden added the government's response to Omicron was "sufficient at this stage".

And he said he was "confident" that Britons would be able to "have a better Christmas than last year", although he urged people to get a COVID vaccine booster when they are called to do so.

"All of our advice is based on scientific evidence and indeed the chief medical officer [Professor Chris Whitty] and chief scientific adviser [Sir Patrick Vallance] attend cabinet and were at cabinet when we discussed this earlier this week," he said.

"That is why we have gone for this balanced and proportionate set of measures.

"We believe those are necessary and appropriate steps, but beyond that people can carry on with their plans as before.

"So I would say to people just keep calm, carry on with your Christmas plans as already set out."