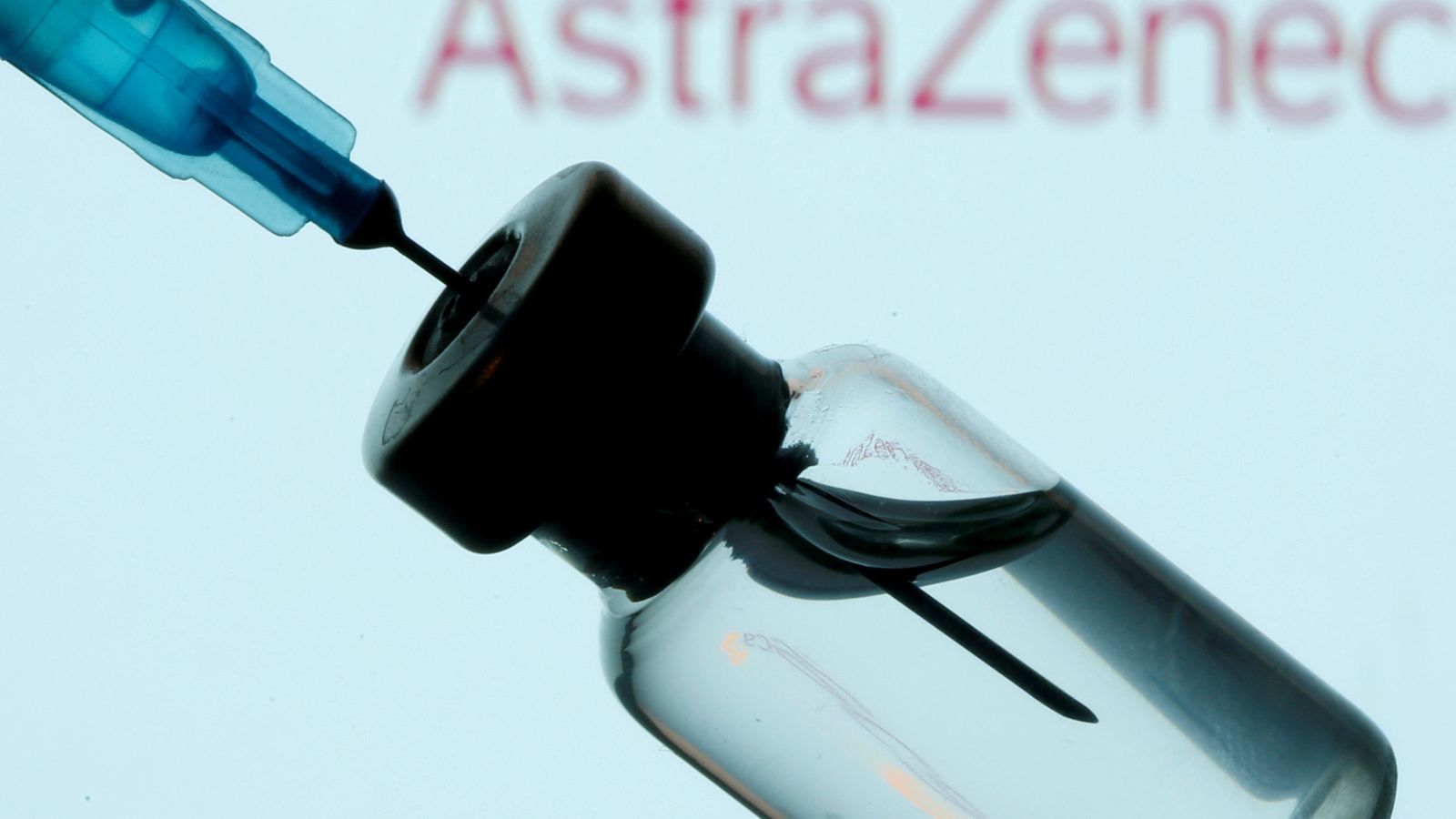 AstraZeneca's chief executive has said the UK's target of vaccinating the top four priority groups against COVID-19 by mid-February will be possible.

In an interview with Italian newspaper La Repubblica, Pascal Soriot said: "By March, the UK will have vaccinated maybe 28 to 30 million people.

"The prime minister has a goal to vaccinate 15 million people by mid-February, and they're already at 6.5 million. So they will get there."

There had been claims made by the EU there were "glitches" in the supply chain of the coronavirus vaccines to the bloc - and that deliveries to Europe were delayed over those to the UK.

Mr Soriot admitted there had been "teething problems" but he said his teams had been "working around the clock" to fix them.

He also said the fact that the UK supply contract was signed three months before the European vaccine deal, meant there had been "an extra three months to fix all the UK glitches we experienced".

And, touching on news that initial supply volumes of the vaccine to the EU would be lower than forecast, he said he understood the "frustration" but that it was due to a "lower than anticipated production yield impacting the number of doses produced per batch".

He added: "We continue to work with our supply partners to optimise this process to ensure the vaccine is produced at the scale and pace required, while retaining the highest quality standards."

However, shortly after expressing his understanding of the EU concerns, it was reported that AstraZeneca had pulled out of a planned meeting with EU representatives on Wednesday. The company denied the claims though - and said it was still scheduled. 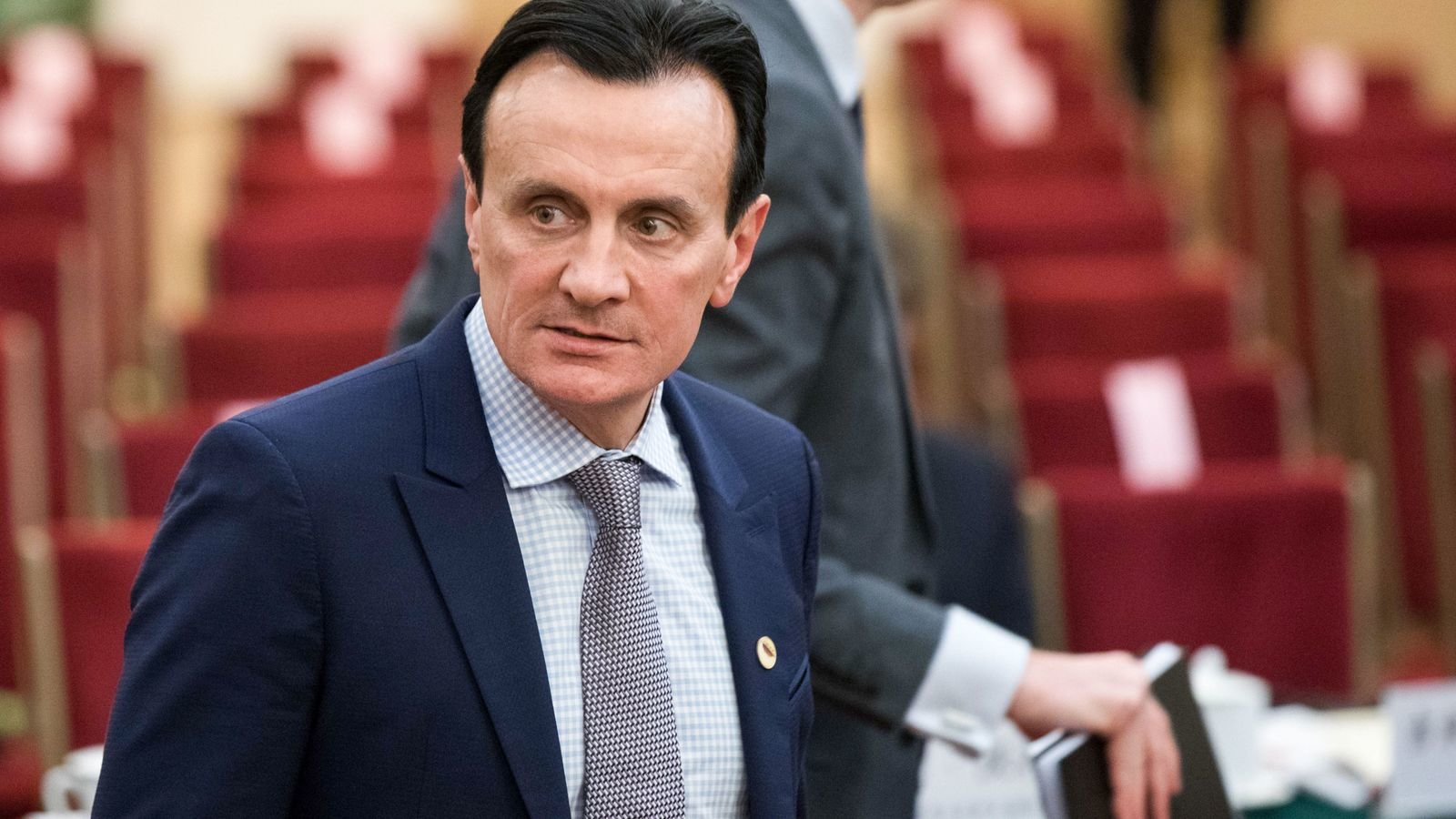 The EU has said all companies producing COVID vaccines in the EU would have to provide "early notification" when exporting to third countries.

This move could in turn affect the UK's supply of the Pfizer-BioNTech vaccine, which is made in Belgium, but both Prime Minister Boris Johnson and vaccines minister Nadhim Zahawi said they were confident supply would not be interrupted. 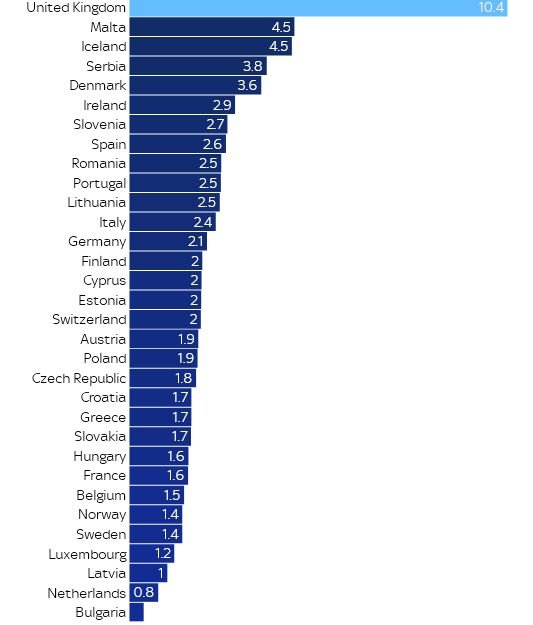 Mr Soriot said his company's global capacity is about 100 million vaccine doses a month, adding that most vaccines have a capacity of 100 million doses a year.

"Of course, we are ramping up production and Europe is getting 17% of this global production in February for a population that is 5% of the world population...We are in the ramp-up phase and basically it will improve, but it takes time."

"I'm European, I have Europe at heart... Many people in the management are European. So we want to treat Europe as best we can.

"You know, we do this at no profit, remember? We didn't go into this to try and make money or whatever. We would like to treat Europe as good as possible. I actually do believe we treated Europe fairly."

AstraZeneca said last week it would cut supplies of the vaccine - developed with Oxford University - to the EU in the first quarter of 2021, citing production problems.

A senior EU official said at the time this meant a 60% reduction to 31 million doses.

In August last year, the bloc agreed to purchase 300 million doses of the AstraZeneca vaccine for €750m, with an option for an additional 100 million.

Mr Soriot added that AstraZeneca was also working with Oxford University on a vaccine that will target the South African variant of COVID-19.