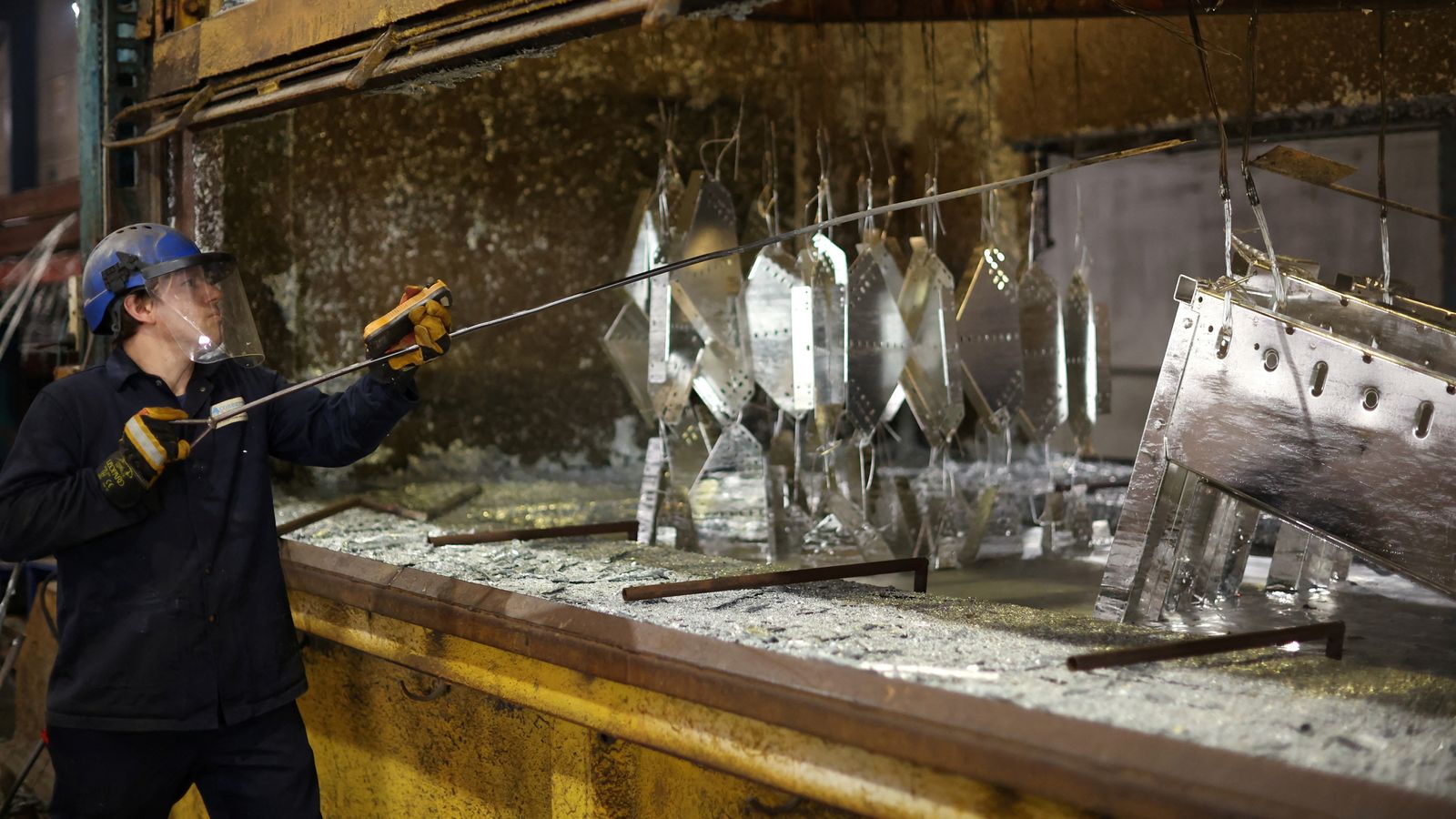 A deepening downturn in manufacturing output is only just offset by modest expansion of the larger services sector, but Britain still performs better than the eurozone which fell further into recession territory as higher energy costs squeezed consumer spending.

UK private sector growth has moved closer to stagnation as it slowed to a new 18-month low, dragged down by a slump in factory output, latest data indicates.

The closely watched S&P Global/CIPS Purchasing Managers' Index (PMI) composite flash estimate dropped to 50.9 in August from 52.1 in July, its lowest since February 2021 and close to the 50 level that separates growth from contraction.

Economists had forecast the index would fall less sharply to 51.1.

"Waning customer demand amid the weaker economic outlook, and shortages of both staff and inputs, were reported to have hit goods producers hard, with firms registering the quickest drops in output and new work since May 2020."

The slowdown in overall growth was largely driven by a sharper slump in manufacturing output from UK factories.

The manufacturing sector reported monthly output of 42.4, representing the steepest fall for more than two years.

Firms reported "reduced customer demand, the delayed delivery of inputs and labour shortages" for the month.

Separate figures from the Confederation of British Industry, also released on Tuesday, showed the first fall in factory output since February 2021 and the weakest order book since April that year.

Meanwhile, the larger services sector saw only modest expansion, with a 52.5 measure for August.

John Glen, chief economist at the Chartered Institute of Procurement & Supply (CIPS), said: "Service companies had a better month, but only marginally as new order levels were sustained and optimism remained that customers would continue to buy throughout the year.

"However, this may reverse quite quickly.

"There are many concerns keeping private sector business owners awake at night, such as disruptions to supply chains from war, the highest inflation in the UK for almost 50 years, the impact of higher interest rates and now port disruptions in the UK, to name a few."

Nevertheless, companies signalled a further easing in the rate of cost inflation.

Manufacturers reported the rate of their cost inflation slowed to the lowest since November 2020 as commodities such as metals came down in value, although a continued tight labour market pushed up services companies' costs slightly.

The Bank of England has warned that Britain too is likely to slip into a recession at the end of 2022 which will last until 2024 as energy bills are expected to push consumer price inflation above 13% in October, having already hit a 40-year high of 10.1% in July.

Economists at Citi forecast on Monday that inflation would exceed 18% in January when the energy price cap is due to rise again.

HSBC said the latest figures sent mixed messages to the central bank for its decision next month on whether to raise interest rates by another half a percentage point, after it did so for the first time since 1995 earlier this month.

HSBC economist Elizabeth Martins said: "The fall in manufacturing is ammunition for the doves, as are the trends in pricing.

"But strong demand, employment and staff costs in the sector that accounts for 80% of GDP - services - also looks hawkish."