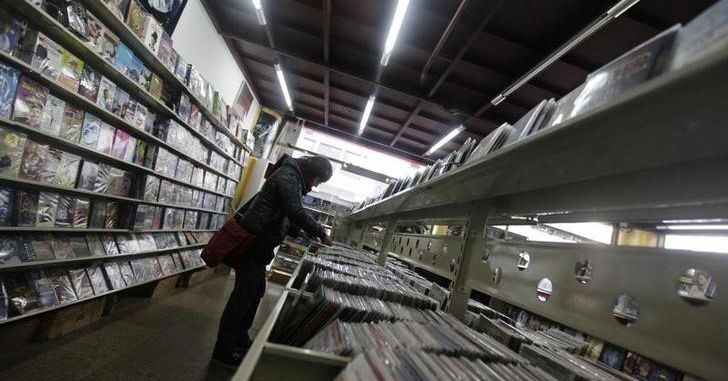 A British man was sentenced on Monday to a 22-month prison term after admitting involvement in a global piracy ring that caused major losses for movie and TV production studios by distributing unreleased content online.
George Bridi, a 52-year-old former disk jockey, had already spent 17-1/2 months in jail since his arrest in Cyprus over his work for the Sparks Group, which prosecutors called an international online piracy group.

"Infringement of U.S. copyrights is a big problem in our economy," U.S. District Judge Richard Berman said. "It's doubly troubling that it can be conducted ... from outside the U.S."

The Manhattan judge said Bridi played an "important supervisory role" in the piracy scheme. In addition to imposing the 22-month prison term, Berman ordered the defendant to pay $120,000 in restitution.

Sparks allegedly cost studios tens of millions of dollars over nearly a decade by leaking movies and TV shows before their scheduled release dates.

Sparks then used computers to override the discs' copyright protections, known as "cracking" or "ripping," and recoded the discs with such names as "Drones," "Rovers," "Geckos" and "Sprinter" so they could be shared online, prosecutors said.

Before being sentenced, Bridi said he had gone down the "wrong path," and that his actions hurt studios and employees.

"I am deeply remorseful," Bridi said. "I'm really sorry for what I've done."

Bridi's lawyer sought his client's release, saying he had spent enough time behind bars and wanted to reunite with his wife and twin teenage sons.

The defendant was born and raised in Ghana, and in 2012 moved to England, where he lived on the Isle of Wight. He was arrested in August 2020 and extradited a year later.

Two other defendants have also been charged in the case. Jonatan Correa, pleaded guilty to a copyright infringement conspiracy charge and was sentenced last May to 2-1/4 years of supervised release, while Umar Ahmad of Norway is at large.
Add Comment