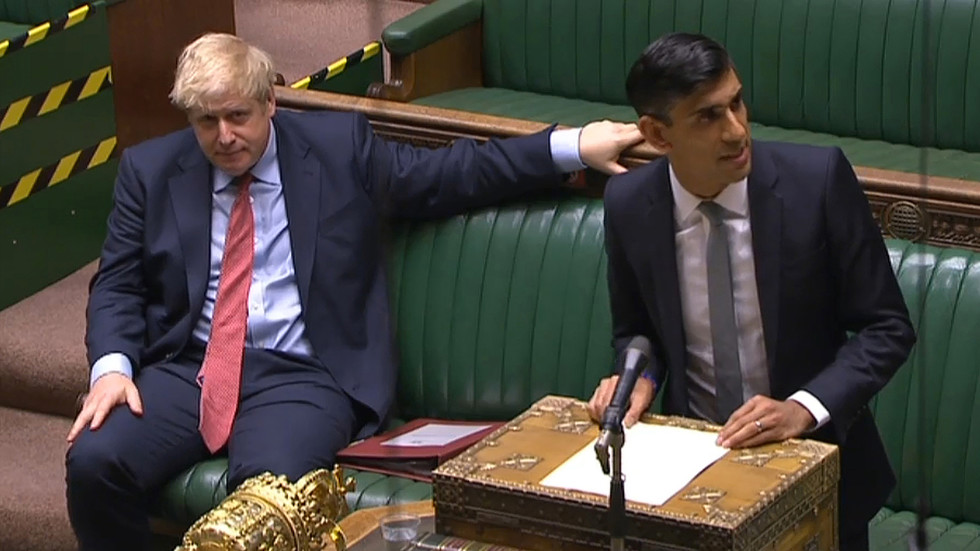 UK Chancellor Rishi Sunak has unveiled an abundance of eye-catching policies to kickstart the coronavirus-battered British economy, with money off restaurant meals and VAT slashed to encourage Britons to get back out and spend.

Announcing his summer statement in the House of Commons on Wednesday, Sunak said his £30 billion spending injection into the UK economy was needed to “protect, support and create jobs.”

The chancellor laid bare the perilous state the country is in due to the pandemic, saying that “In just two months our economy contracted by 25 percent – the same amount it grew in the previous 18 years.”

The majority of measures revealed focused on resuscitating the tourism and hospitality industries which have been left in dire straits – with revenues decimated due to lack of customers during the lockdown – and in desperate need of government intervention.

Sunak said he wanted to see pubs, restaurants, cafes and hotels “bustling again,” so VAT on food, accommodation and attractions will be cut by 15 percent – taking effect from July 15 – and will stay in place until January 12, 2021.

“Eat out to help out” meal deal vouchers

In what is seen as a ploy to get Britons spending in their high street cafes and restaurants again, the chancellor revealed that everyone will be given an “eat out to help out” discount from Mondays to Wednesdays during the month of August. It means the price of meals will be up to 50 percent cheaper, to a maximum discount of £10 per head.

In an attempt to prevent the UK housing market crashing, Sunak made major changes to the stamp duty threshold, moving it temporarily from £125,000 to half a million pounds until March 31, 2021. Property transactions fell by 50 percent in May.

The UK government’s furlough or job retention scheme which has effectively seen nine million workers paid to stay at home during the Covid-19 crisis will come to an end on October 31.

Perhaps fearing the effects of the financial support coming to an end and possible widespread redundancies, Sunak announced that companies would be “rewarded” a £1,000 bonus for every employee they bring back from furlough and keep in a job until January 2021.
#COVID-19  #Covid  #Coronavirus
Add Comment