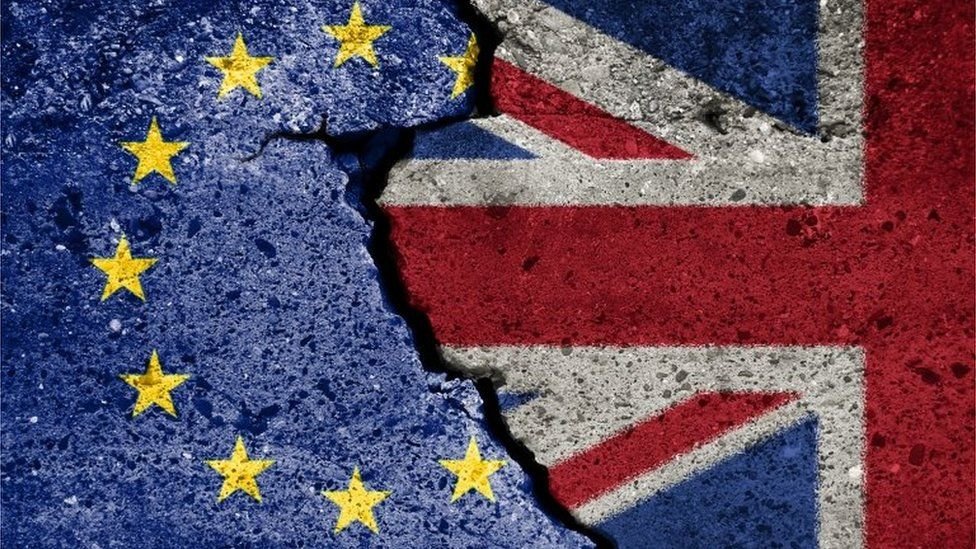 The UK has signalled a possible compromise with the EU over a row about its plans to potentially override parts of the Brexit deal agreed last year.

Ministers say they will remove clauses from the Internal Market Bill on trade and business support in Northern Ireland or "deactivate" them if a solution is found in the coming days.

Talks between the two sides are continuing in Brussels.

The EU has warned the issue could jeopardise the ongoing trade talks.

The BBC's Laura Kuenssberg said the timing of the move, which came just before Boris Johnson was due to speak to European Commission president Ursula von der Leyen, seemed to be "a rather public olive branch".

UK and EU negotiators are currently trying to reach a trade agreement before the 31 December deadline.

The row over the Internal Market Bill centres around sections in the bill which, if they became UK law, would break international law.

The House of Lords removed clauses from the bill that allowed ministers to ignore last year's legally binding withdrawal agreement, but MPs will be asked to re-insert these powers later on Monday.

*  Brexit happened but rules didn't change at once: The UK left the European Union on 31 January but leaders needed time to negotiate a deal for life afterwards - they got 11 months

*  Talks are on again: The UK and the EU have until 31 December to agree a trade deal as well as other things, such as fishing rights

*  If there is no deal: Border checks and taxes will be introduced for goods travelling between the UK and the EU. But deal or no deal, we will still see changes

However, prior to the debate, the UK government said it would be willing to take the clauses out of the bill - or nullify their effect - before the bill is approved by Parliament in the event of an agreement with the EU.

In a statement, No 10 said it was committed to the full implementation of the Northern Ireland Protocol in a "pragmatic, proportionate way which recognises Northern Ireland's place in the UK's customs territory, and upholds the Good Friday Agreement in all its dimensions".

"If the solutions being considered in those discussions are agreed, the UK government would be prepared to remove clause 44 of the UK Internal Market Bill, concerning export declarations," it added.

"The UK government would also be prepared to deactivate clauses 45 and 47, concerning state aid, such that they could be used only when consistent with the UK's rights and obligations under international law."

What is the Internal Market Bill?

The bill would enable ministers to ignore certain requirements concerning Northern Ireland as set out in the Brexit deal (or withdrawal agreement) reached by leaders in 2019.

For example, under the Brexit deal, companies moving goods from Northern Ireland to Great Britain would have to fill out export declaration forms, but ministers would be able to overrule this.

The bill also allows ministers to reinterpret rules on the financial support government gives to businesses in Northern Ireland.

The EU said the introduction of the bill had "seriously damaged trust" and that it would not be "shy" of taking legal action.

However, Downing Street says the law provides a "safety net" in the event the two sides fail to reach a trade deal.

MPs are currently debating whether to accept the changes made by the House of Lords before voting on them later on Monday evening.

The bill has to be approved by both houses in Parliament, so if MPs rejected the Lords' changes, the bill will return to the House of Lords who will decide whether or not to reinsert their amendments - this is a process called the ping pong stage.

Business minister Paul Scully said it was critical for the measures in question to be kept in the bill as a "fall back option" to protect the UK's territorial integrity. 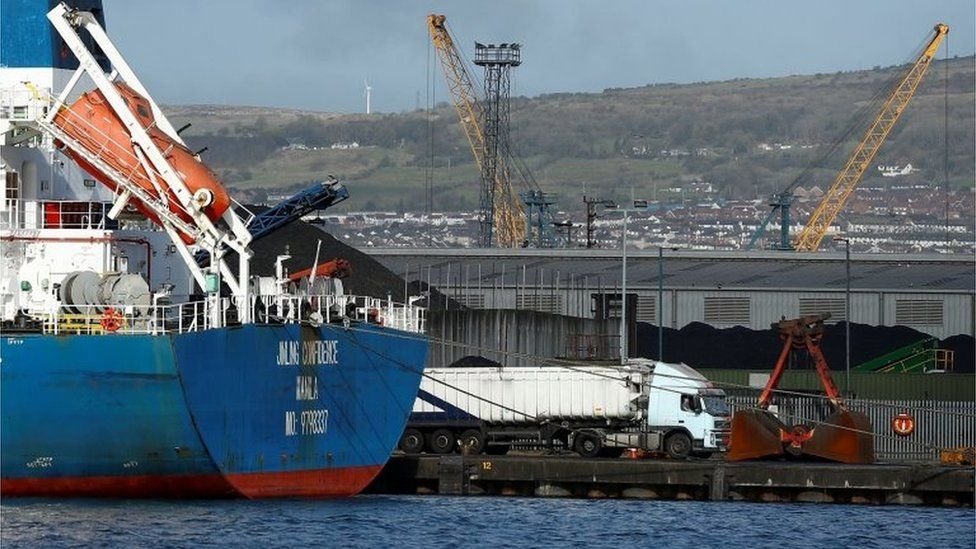 For Labour, shadow business secretary Ed Miliband said the legislation had been "absolutely savaged" in the Lords and it was no surprise the "beginnings of the climbdown" were now happening.

"Three months of posturing and undermining our reputation and three hours before the debate begins, we see the preparation being made for the brakes being applied before we go over the cliff," he said.

"I am not going to give the government any credit for it and I don't take their word for it either."

He also warned the bill would lead to a "constitutional punch-up" amid concerns of a power grab by Westminster from Scotland and Wales.

The bill could also affect talks for a trade deal between the US and UK with US President-Elect Joe Biden appearing to express concern.

On Wednesday, MPs will also get the chance to debate and vote on the Taxation Bill, which contains more powers for the UK to break legal requirements in the withdrawal agreement around the customs border with the Irish Republic.

No 10 said the content of the bill, which unlike the Internal Market Bill will not need the consent of the House of Lords, would be "kept under review" in light of the discussions with the EU.