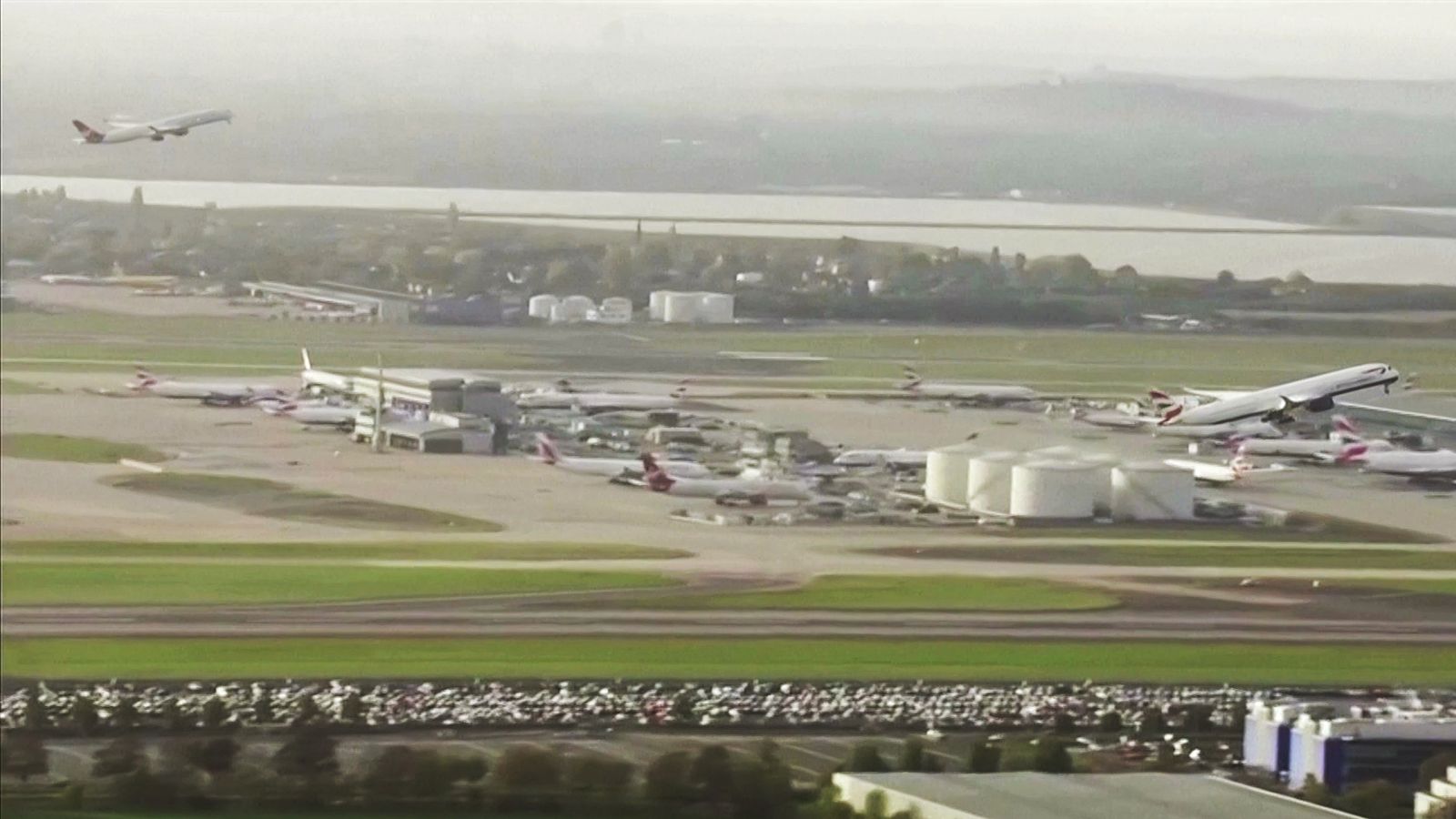 The billionaire tycoon and Delta Air Lines are in talks about a further capital-raising to help steer the transatlantic carrier through the winter, Sky News learns.

Sky News has learnt that the transatlantic carrier is in talks with its shareholders and other financial stakeholders about raising additional capital to see it through the traditionally quieter winter months.

City sources said the amount being sought by Virgin Atlantic's management was still being finalised, but would inevitably involve Sir Richard contributing another chunk of his fortune to the pandemic-battered airline.

It is expected to be announced by the end of the year.

This week, the Virgin Group tycoon sold $300m of stock in New York-listed Virgin Galactic - bringing the total he has raised from selling shares in the space tourism business during the pandemic to more than $1bn.

Virgin Atlantic has been helped by the recent resumption of flights between the UK and US - the most profitable part of its business - but is braced for a difficult winter amid oil price volatility and other inflationary pressures. 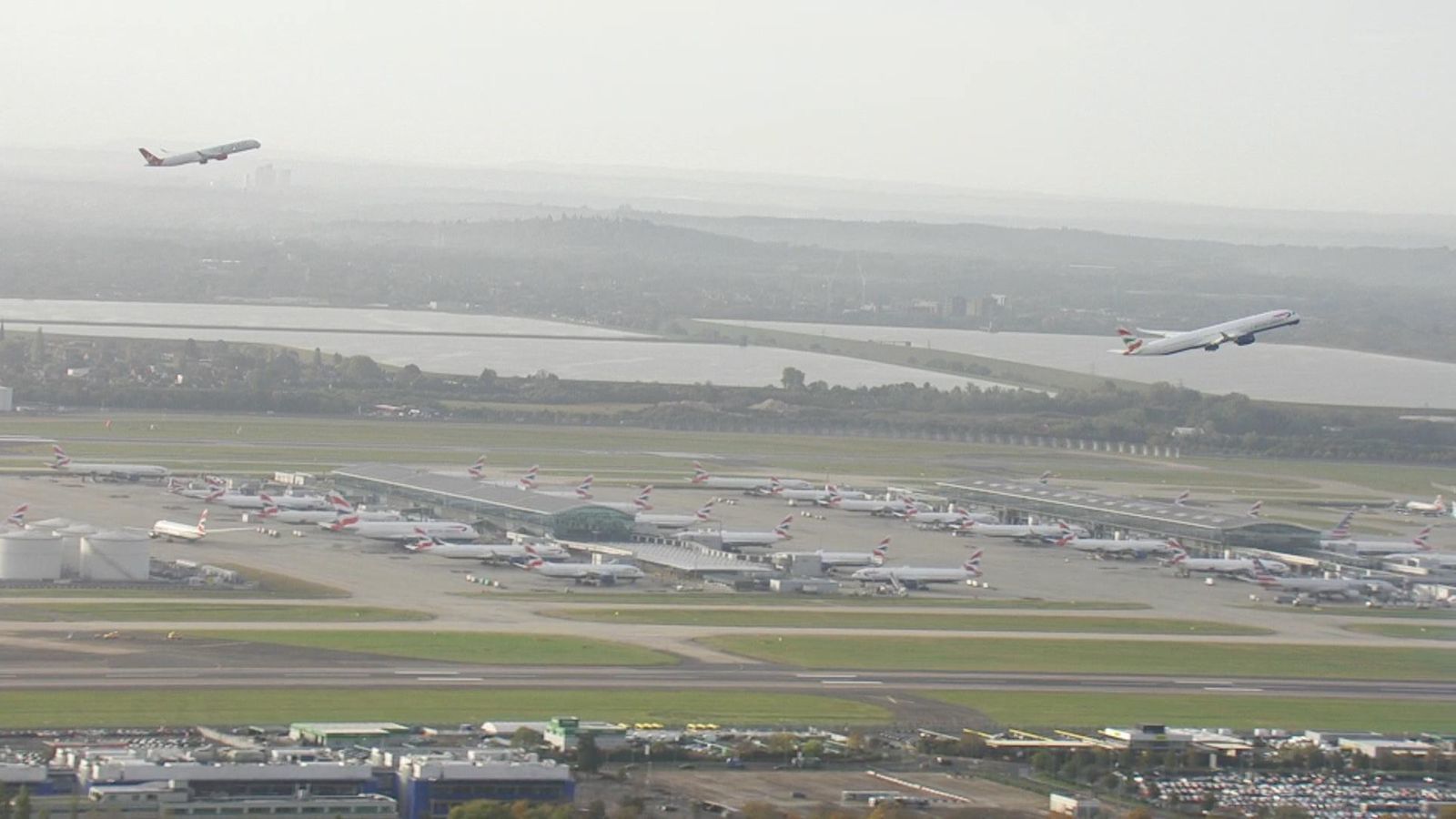 The double take-off from Heathrow

Earlier this month, it staged a joint take-off from Heathrow with British Airways, a rare sign of collaboration between the bitter rivals, to mark the restart of flights to New York's John F Kennedy airport.

Virgin Atlantic lost more than £650m last year as the COVID-19 crisis decimated the global aviation industry, and it expects to have made a further substantial loss in 2021.

Sky News revealed in August that Sir Richard was plotting a surprise listing on the London Stock Exchange as it pinned its hopes on a glut of demand for transatlantic travel.

However, despite positive talks with institutional investors, the need to return to normalised trading patterns has prompted them to shelve the plan indefinitely.

A significant improvement in the airline's financial performance could yet pave the way for it to be revived, although that is unlikely for at least a year, according to one fund manager who held discussions with the company.

An IPO would have marked the first time since Virgin Atlantic's launch in 1984 that it has sold shares to the public - and would almost certainly see Sir Richard relinquish overall control of the business.

Virgin Atlantic has sought several rounds of funding since the start of the pandemic, the most notable of which was a £1.2bn solvent rescue package in September last year which included £200m from Sir Richard, a loan from the American hedge fund Davidson Kempner Capital Management, and substantial contributions from creditors.

It has also landed hundreds of millions of pounds more - in multiple instalments - from the sale of several Dreamliner aircraft and a further loan from Virgin Group.

The latest financial injection includes payment deferrals and other creditor assistance as well as cash, according to a City source.

Virgin Atlantic, which is majority-owned by Sir Richard's Virgin Group, was forced to place administrators on standby last year as the pandemic-induced crisis deepened.

Delta Air Lines owns the remaining 49%, with the company having scrapped a deal in late 2019 that would have seen Air France-KLM acquiring a 31% shareholding from Sir Richard.

Virgin Atlantic has nearly halved its workforce since the start of the pandemic - a move that has helped to drive significant longer-term cost savings. 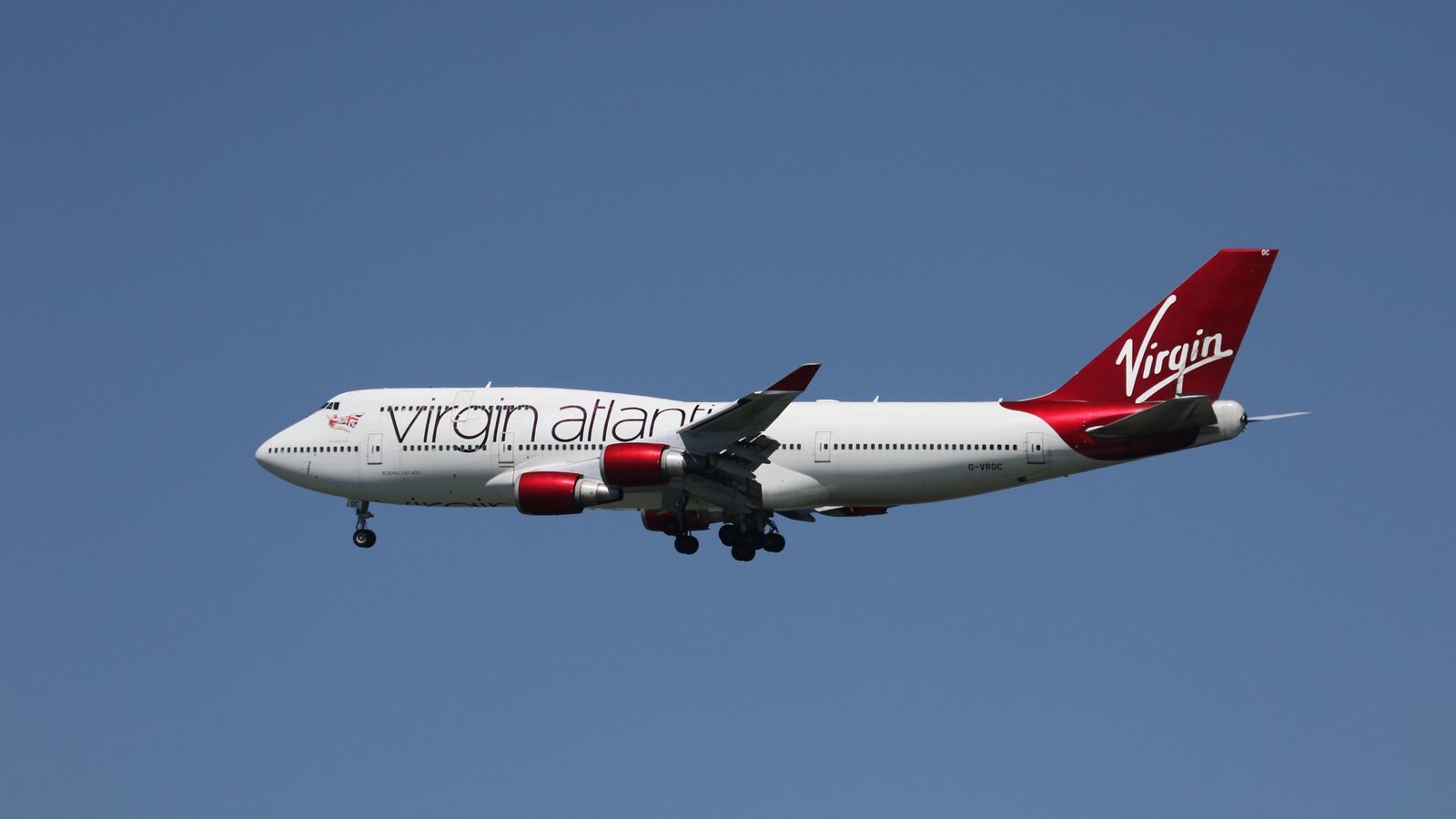 The company has been cushioned by Virgin Galactic's stock price

The airline is not the only part of Sir Richard's business empire which has felt the pressure of the pandemic.

The UK arm of Virgin Active also came close to collapse after putting a restructuring deal to landlords, lenders and shareholders.

His Virgin Voyages cruise operation finally embarked on its maiden journey during the summer after more than a year of setbacks.

Nevertheless, the billionaire tycoon has been cushioned by Virgin Galactic's stock price.

A Virgin Group spokesperson said this week that the latest sale would allow him to support his "portfolio of global leisure, holiday and travel businesses that continue to be affected by the impact of the COVID-19 pandemic, in addition to supporting the development and growth of new and existing businesses".

In July, Sir Richard flew aboard a Virgin Galactic trip to the edge of space, days before his even-wealthier rival, the Amazon founder Jeff Bezos, did the same on a Blue Origin vehicle.

A Virgin Atlantic spokesman said the airline did not comment on speculation.