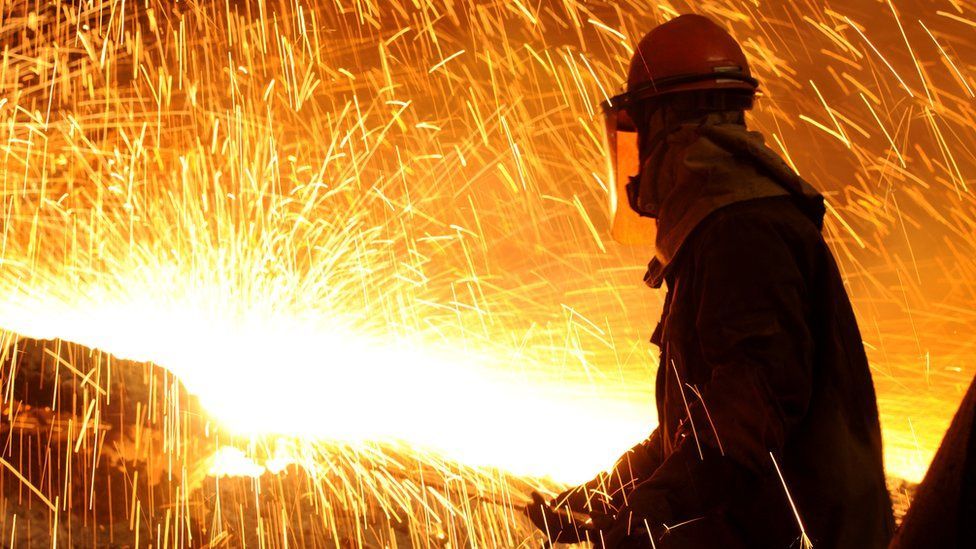 The prime minister has signalled controls on steel imports that were due to expire this week could be retained.

When asked whether this could lead to a possible breach of international law, Boris Johnson responded "these are tough choices we have to make".

It follows a proposed approach set out by the international trade secretary on Thursday.

But the Department for International Trade said a final decision has not yet been made.

Speaking at the G7 summit in Germany, Mr Johnson said keeping the import controls on foreign steel would protect British producers which are already under pressure from rising energy prices.

"We need British steel to be provided with much cheaper energy," Mr Johnson said.

"But until we can fix that, I think it is reasonable for UK steel to have the same protections that absolutely every other European steel economy does."

Earlier this month, Mr Johnson linked the resignation of his ethics adviser Lord Geidt to a disagreement about future decisions on steel tariffs.
But Mr Geidt said that interpretation of his decision to quit didn't reflect "the far wider scope of my objection".

The limits on steel imports being considered were first introduced by the European Union in 2018 in response to tariffs imposed by the Trump administration. The controls were mirrored by the UK after Brexit.

The restrictions, which add a tariff to steel imports once a certain quota has been reached, are known as "steel safeguards" because they are designed to protect the domestic market from surges of cheap steel from overseas.

The controls are currently in place for 15 categories of steel. While controls protecting 10 of those categories have already been extended to 2024, import limits on five categories are set to expire on 30 June. 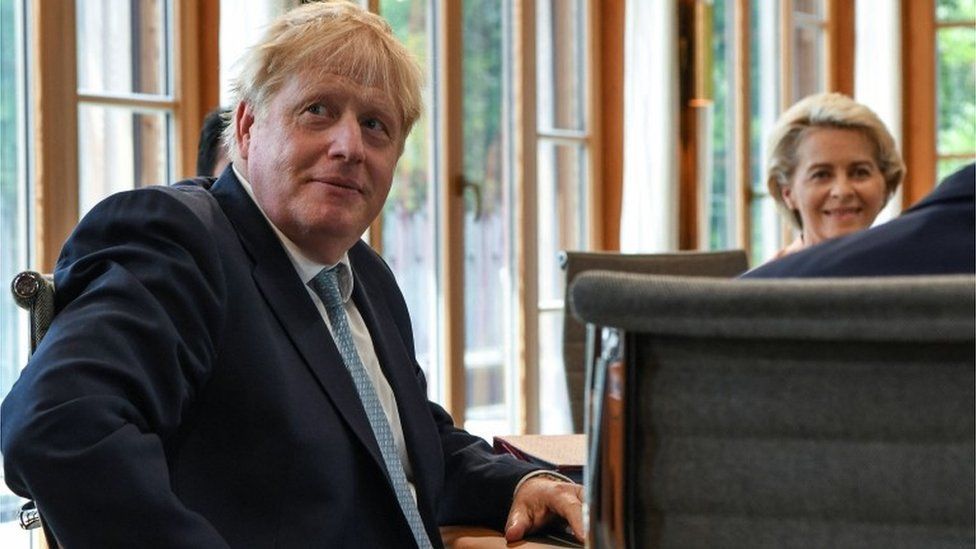 Speaking on the BBC's Sunday Morning programme, the Northern Ireland Secretary said he was "not saying the government is going to do this" but that "this is something that is supported across the sector" and the government has "got to look at all these things" and "get the balance right."

UK Steel, the lobby group for the British steel industry, said it was confident extending the steel controls would be "WTO compliant" and "there would be no legitimate reason for challenges".

The Department for International Trade said it is consulting with foreign counterparts in adherence with World Trade Organization rules, before making a final decision on whether to extend the safeguards.

UK Steel said ending the import controls would expose British steelmakers to a distorted global marketplace and that could cause as much as £150m a year in damage.

"It's an extension that both the EU and the Americans have continued with so we would support him," he said.

But the Conservative MP and chairman of the Foreign Affairs Select Committee Tom Tugendhat tweeted today: "Protectionism is destructive to all of us. Tariffs are un-Conservative because they're a tax on consumers."