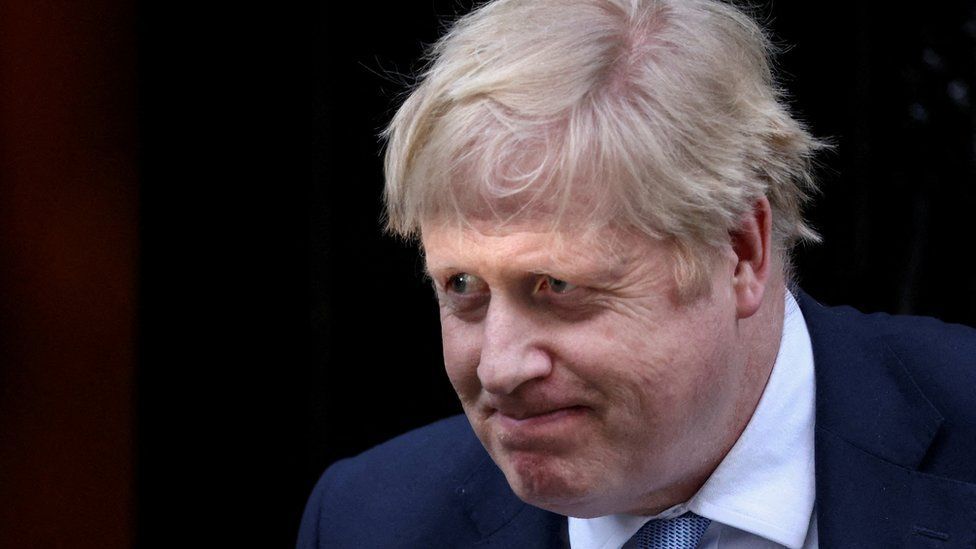 Boris Johnson has announced two new appointments to his backroom staff following a wave of resignations earlier this week.

And Guto Harri - a former BBC correspondent and adviser to Mr Johnson when he was mayor of London - will become director of communications.

Mr Johnson said the shake-up would "improve how No 10 operates".

It comes at the end of a difficult week for the PM, which saw five No 10 aides resign in 24 hours and the publication of the initial findings of the Sue Gray report into events at Downing Street while Covid restrictions were in place.

Three of the departed senior aides were caught up in the lockdown parties row, including senior civil servant Martin Reynolds who sent out an invitation to a "bring your own booze" party.

But policy chief Munira Mirza quit over the PM's false claim that Labour leader Sir Keir Starmer failed to prosecute Jimmy Savile when he was director of public prosecutions, and Mr Johnson's refusal to apologise.

Announcing the two new appointments, Mr Johnson said: "This week I promised change, so that we can get on with the job the British public elected us to do.

"The changes I'm announcing to my senior team today will improve how No 10 operates, strengthen the role of my cabinet and backbench colleagues, and accelerate our defining mission to level up the country."

And Mr Barclay tweeted it was "an honour" - adding he would continue to serve in the Cabinet Office.

"The prime minister has clearly run out of serious people willing to serve under his chaotic and incompetent leadership, so now expects a Cabinet minister to be his chief of staff," said deputy Labour leader Angela Rayner.

Tony Blair's former chief of staff Jonathan Powell also asked how Mr Barclay could continue on as an MP.

"I found being No 10 chief of staff a full time job," he tweeted. "Not sure how it could be combined with representing a constituency. And having to go to answer parliamentary questions about the PM would be tricky."

More announcements are expected in the coming days with what No 10 said would be a "particular focus on improving engagement and liaison with MPs".

Several Conservative MPs have submitted letters of no confidence in the prime minister over the parties row - and others are thought to be considering this weekend whether to put in their letters.

Boris Johnson's decision to appoint a serving politician to the recently vacated post of chief of staff is unorthodox to say the least.

After so-called Partygate, he had to promise his MPs that he'd make significant changes to the Downing Street operation.

I'm told there will be a bigger staff shake-up in the coming week.

But some senior figures in the party have also been pressing him to make changes to his cabinet - and this time to look beyond his natural allies.

But with more MPs considering submitting letters of no confidence, it's not clear if changes in Downing Street will convince enough of them not to try to change its current occupant.

Journalist Guto Harri was Mr Johnson's spokesman and chief of staff during his first term as London mayor.

He later appeared as a broadcaster on GB News but quit last July after he was suspended for taking the knee during a discussion about racism towards England's black footballers.

Earlier this month, Mr Harri told the BBC he thought "Boris has always underestimated how critical it is to have a fantastic team around him".

He also spoke of the need for Mr Johnson to promise to the Conservative Party that the "nonsense that has happened" will not happen again.

Who are the PM's new aides?

Steve Barclay qualified as a solicitor and began working as an insurance company lawyer.

He then began his political career, and has been the MP for North East Cambridgeshire since 2010 - but had to wait until 2015 to become a junior whip and rise through the ministerial ranks.

Mr Barclay is known as a pro-Brexit ally of the prime minister and was entrusted with the role of Brexit secretary under Theresa May's premiership.

Guto Harri, who was born in Cardiff, started his career as a journalist, and was the BBC's chief political correspondent before working for S4C, News UK and GB News.

Mr Harri worked as an adviser to Boris Johnson when he was mayor of London. Since then, at times Mr Harri has been publicly critical of Mr Johnson - in 2018 calling him "tribal" and warning he would be "hugely divisive" as prime minister.

He has also been critical of Brexit, saying he had held "very different views" on it from Mr Johnson.

Mr Gibb, writing in the Daily Telegraph, said his constituents were "furious about the double standards" and that "to restore trust, we need to change the prime minister".

And Tory MP Stephen Hammond said he was "considering very carefully" whether he still has confidence in the PM.