Aides have become 'increasingly worried' about prime minister Boris Johnson's health after he tested positive for the coronavirus.

UK Prime Minister Boris Johnson will remain in hospital on Monday after being admitted for "persistent symptoms of coronavirus," ten days after first testing positive for it.

The prime minister was admitted to St Thomas' Hospital in Westminster at 8pm on Sunday on the advice of his doctor after continuing to exhibit a high temperature.

A spokesperson insisted on Sunday that Johnson's hospital admission was not an "emergency" measure but had merely been for precautionary reasons in order to carry out tests.

Take care boss. Get well. Come back fighting. But for now rest, look after yourself and let the others do the heavy lift @BorisJohnson Photo from @SouthendAirport on eve of poll. Simpler times. pic.twitter.com/7Rq0w3GK91

However the Times of London newspaper reported that the prime minister was treated with oxygen on arrival.

Downing Street has repeatedly insisted that Johnson was only experiencing "mild symptoms" of the virus.

However, aides have reportedly become "increasingly worried" about the prime minister's health in recent days, according to multiple reports, with Johnson heard "coughing and spluttering" his way through conference calls.

Johnson was "more seriously ill than either he or his officials were prepared to admit," according to the Guardian, which reported a source suggesting that Johnson "was being seen by doctors who were concerned about his breathing."

The Sun newspaper reported a Downing Street source suggesting that Johnson would remain in hospital "as long as necessary."

Asked about the prime minister's condition on Monday the Housing Secretary Robert Jenrick told the BBC that Johnson was "still very much in charge of the government."

"We hope that as a result of these tests [the prime minister] will be able to come back to Downing Street as soon as possible," Jenrick said.

"He's been working extremely hard leading the government and being constantly updated. That's going to continue."

He added: "I'm sure this is very frustrating for him, for somebody like Boris who wants to be hands [on] running the government from the front, but nonetheless he's still very much in charge of the government."

However, the Foreign Office Minister James Duddridge called on Johnson to "rest, look after yourself and let the others do the heavy lift."

A spokesperson for the prime minister said on Sunday: "On the advice of his doctor, the Prime Minister has tonight been admitted to hospital for tests.

"This is a precautionary step, as the Prime Minister continues to have persistent symptoms of coronavirus ten days after testing positive for the virus.

"The Prime Minister thanks NHS staff for all of their incredible hard work and urges the public to continue to follow the Government's advice to stay at home, protect the NHS and save lives."

Johnson's girlfriend, Carrie Symonds, who is pregnant with their child, is also suffering from the virus.

She tweeted on Saturday that "I've spent the past week in bed with the main symptoms of coronavirus. I haven't needed to be tested and, after seven days of rest, I feel stronger and I'm on the mend."

President Donald Trump said he had spoken to the British Ambassador in Washington and described Johnson's hospital admission as "a big move."
"Hey, it's a big move going to the hospital, it's a big thing," he told journalists. 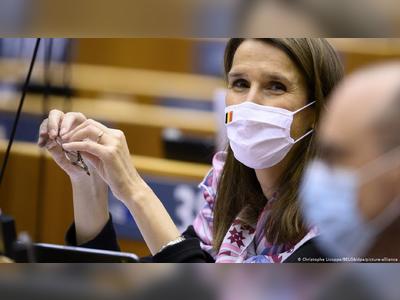 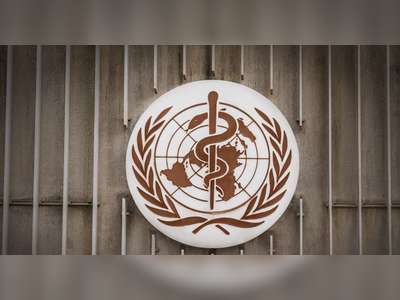 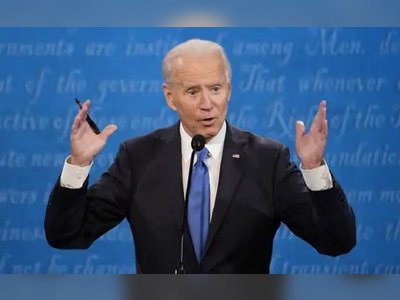 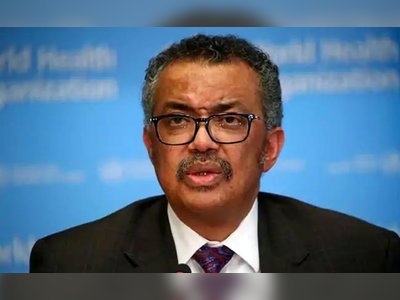