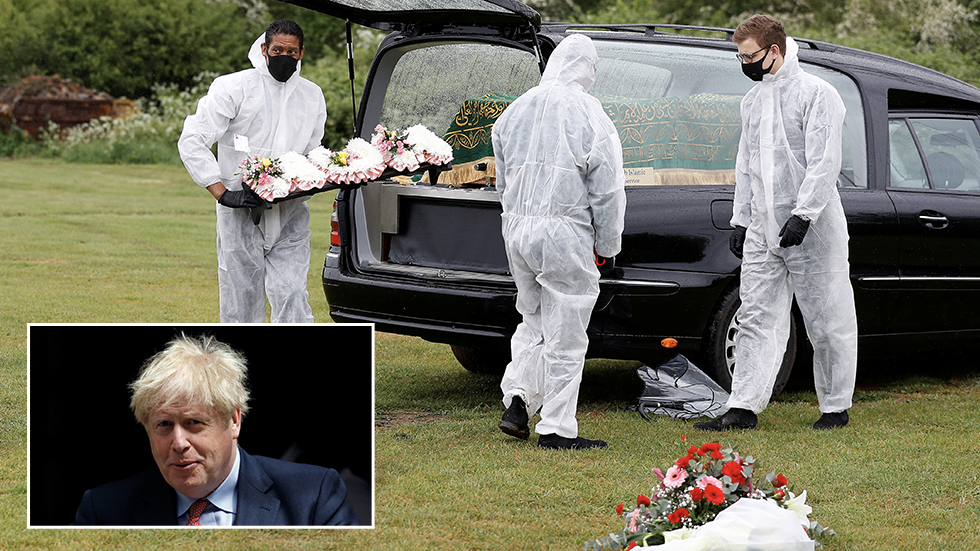 PM Boris Johnson has been widely condemned for cracking a joke about designer pants after Labour leader Keir Starmer asked him what he would like to say to the Covid-19 bereaved families group who worry about a second wave.

During PMQs in the House of Commons on Wednesday, Starmer revealed that he was to meet with the ‘Covid-19 Bereaved Families for Justice Group’ who have insisted that they will not allow the UK government to “risk a second wave of deaths without learning from their mistakes.” The opposition leader asked the UK prime minister if he had anything to say to those families.

“He has got more briefs than Calvin Klein.”

Boris Johson thinks Keir Starmer “needs to make up his mind” on whether he will support the government’s coronavirus programme.

Do you think he won #PMQs pants down? Or was this just a brief moment of fun? pic.twitter.com/Q607SrkWHp

Johnson contended that his administration would “do absolutely everything in our power” to stop a second wave of the deadly virus, before making a quip about the myriad briefings Starmer was receiving from his advisers.

The remarks drew a wry smile from Starmer sitting opposite, but a spokesman for the Labour leader later hit out at Johnson, saying that his “flippant approach” to the coronavirus crisis was “hardly the response of the party of compassionate Conservatism.”

Many people on social media were left angered by Johnson’s glib comments, with some suggesting that his attempt at humor showed a “lack of empathy” and respect towards the grief-stricken families of those that had died from the deadly disease.

One commenter accused the Tory PM of making a “schoolboy quip” and branded him a “mendacious,shambolic man.” Another person voiced their frustration at Johnson’s response to Starmer with a question of his own, tweeting “Still not got the hang of the PMQs then? He’s supposed to answer the questions, not talk pants!”

However, some on Twitter did find Johnson’s joke funny – even those who are not the biggest fans of the prime minister.

"He needs to make up his mind which brief he's going to take today, because at the moment it looks as if he's got more briefs than Calvin Klein" says PM of Keir Starmer https://t.co/1l511cL7fZ pic.twitter.com/acI0pv7WhQ

During the tetchy exchange between the political pair in Parliament, the prime minister also seemed to concede that he hadn’t read the UK government-commissioned report which warned a second spike could cost the lives of 120,000 without firm preventative action. Asked by Starmer if he had read the advisory group’s study, Johnson could only confirm that he was “aware” of the report.