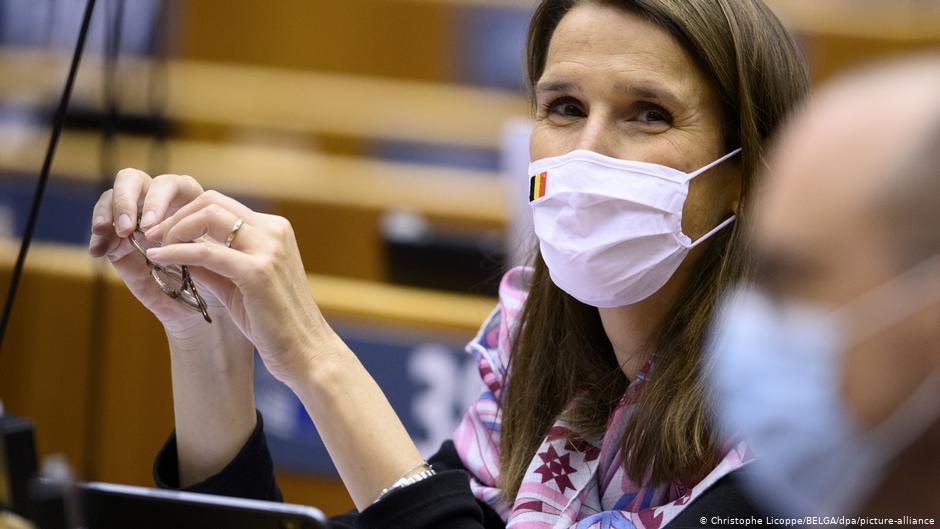 Belgian Foreign Minister Sophie Wilmes tested positive for coronavirus after attending an EU summit with her counterparts last week. She led a caretaker government before stepping down as PM earlier this month. 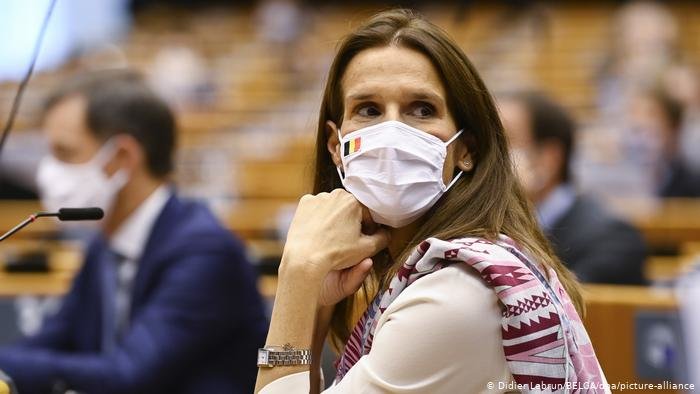 Belgian Foreign Minister Sophie Wilmes, the former prime minister who led the country's fight against coronavirus, is in intensive care with COVID-19, her office said Thursday.

Wilmes, 45, who handed the reins over to Prime Minister Alexander De Croo earlier this month and is now Belgian's foreign minister, announced last week that she had tested positive.

She was admitted to the hospital on Wednesday. Her spokeswoman said Wilmes is in a "stable" condition and conscious and that her "condition is not worrying."

"She is conscious and she can communicate," her spokeswoman said.

The announcement of Wilmes' positive test came after she attended a face-to-face summit with her fellow EU foreign ministers in Luxembourg on October 12. Her Austrian counterpart, Alexander Schallenberg, has also tested positive for COVID-19.

She did not mention the summit when announcing her positive test last Saturday, instead saying she thought she got infected within her family circle.

Messages of support from Belgian leaders

De Croo and Charles Michel, a former Belgian prime minister now presiding over the European Council, were among the many politicians who sent Wilmes messages of support.

"All my affection and friendship to Sophie Wilmes who led the national fight against COVID-19 and who must now fight it personally," Michel said in a message posted on Twitter.

Wilmes was in charge of a caretaker government when the first wave of infections hit Belgium this spring.

Belgium, a country of 11.5 million inhabitants, has been severely hit by the coronavirus and is currently seeing a sharp rise in new cases. More than 10,000 people have died from coronavirus-related complications in Belgium.

First appointed as a caretaker, she then led a government with special powers to fight the coronavirus pandemic.

Born in Brussels, Wilmes started her political career as a local councilor in the Belgian capital and joined the federal government in 2015 as budget minister.

She stepped down earlier this month when De Croo was sworn in after nearly 18 months of complex negotiations among parties divided along linguistic as well as political lines.