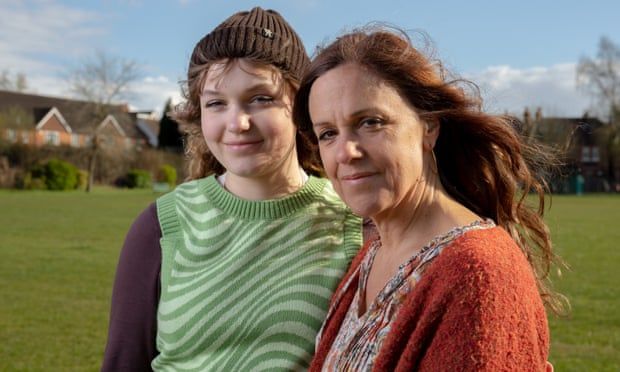 Autistic children wait up to five years for an NHS appointment

Figures acquired under the Freedom of Information Act show that 2,835 autistic children referrals at Coventry and Warwickshire Partnership NHS Trust have still not had a first appointment an average of 88 weeks after being referred. The longest wait at the time the response was sent in January stood at 251 weeks – nearly five years.

Meanwhile, 1,250 children with attention deficit hyperactivity disorder (ADHD) referrals at the trust have yet to have a first appointment, having waited an average of 46 weeks – and 195 weeks in the worst case.

Berkshire Healthcare NHS Trust has 2,801 autisticchildren referrals still awaiting their first appointment after 60 weeks on average. Among the 2,443 children with ADHD referrals – who have waited an average of 87 weeks for a first appointment – the longest wait stands at 193 weeks or nearly four years.

Across 20 NHS trusts that provided figures, children with outstanding autism referrals have waited nearly six months on average for their first appointment.

Cathy Pyle’s daughter, Eva, spent 20 months waiting for an autism assessment from her local NHS child and adolescent mental health services (CAMHS) in Surrey, having already had to wait 11 months for a mental health assessment after she became increasingly distressed during her first year of secondary school, culminating in self-harm.

“The sensory aspects of her autism are really significant,” Pyle told the Observer. “So she found the crowding in the corridors, the jostling, being pushed and shoved – she found the noises really, really unbearable.”

The 11-month wait for a mental health assessment was bad enough – she stopped going to school completely by Christmas of her second year and became scared of leaving the house. But the subsequent 20-month wait for an autism assessment, which coincided with the start of the pandemic, saw her condition deteriorate further.

“During the first lockdown, it became apparent she had an eating disorder and she was having terrible panic attacks,” said Pyle. She was diagnosed with anorexia and received initial treatment, but the eating disorder team discharged her back to CAMHS as they felt autism was the root problem.

The delays in getting a diagnosis meant she could not be placed in a school aimed at autistic children. After the diagnosis her mental health got worse still. “I think she was just so devastated by the fact that people hadn’t recognised it, and it hadn’t been identified in time so that appropriate support could be put in place. And I think that contributed to her falling apart. So she ended up being hospitalised several times over the summer,” said Pyle.

Eva is now 15, receives educational and therapeutic provision, and her mental health is improving.

Her experience is not unique – Natasha Fletcher’s daughter, Ava, spent a year on the NHS autism diagnosis pathway before they gave up after being told it would take another six months to a year. Fletcher ended up spending thousands of pounds on a private autism diagnosis – from a psychiatrist in the very CAMHS service that had kept her waiting.

Dr Rosena Allin-Khan MP, Labour’s shadow cabinet minister for mental health, said: “The NHS does an incredible job with the resources that it has, however, long waits for treatment have a considerable impact on patients and families. It’s unacceptable that a six-month wait has become the standard for autism referrals, with many others waiting years to be seen, on the Conservatives’ watch. Waiting so long for treatment will have a detrimental impact on a child’s development.”

A spokesman for Coventry and Warwickshire CCG said: “We acknowledge that our waiting times, particularly for autism and ADHD assessments, are longer than we want. We are investing £5.4m in additional diagnostic capacity.”

A government spokesperson said: “We know how vital it is for children to have timely diagnoses for autism and ADHD and we’re working to improve assessment waiting times.

“Supporting neurodivergent children is part of our Long Term NHS Plan – developing packages with charity experts and children’s services to support them throughout the diagnostic process.”
Add Comment