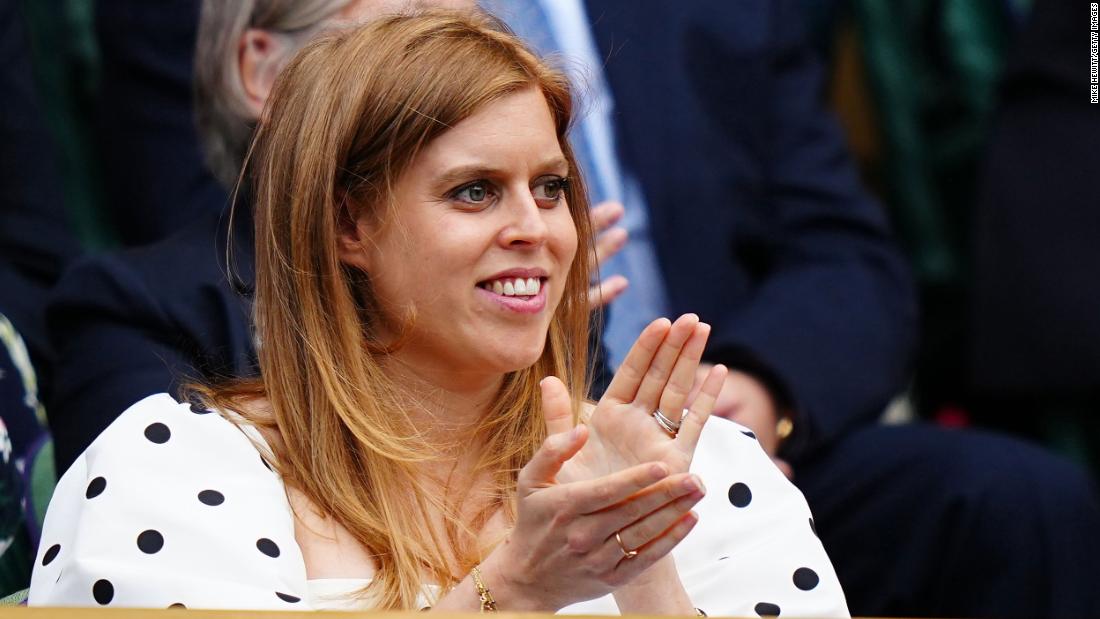 Analysis: Princess Beatrice is refreshingly honest about her learning difficulty. Here's why it matters

"I remember feeling really confused -- an overwhelming sense of, 'Why does this all feel a little bit muddled?'" Princess Beatrice recalls from her early school years in an interview this week.

It makes sense Princess Beatrice would have spent some time recently reflecting on her childhood as she prepares to welcome her first child with husband Edoardo Mapelli Mozzi in a few months. But it was the language she chose to describe her experience of dyslexia that has sparked debate.

In a moving conversation with Hello! Magazine, the pregnant princess referred to the language-based learning difficulty that can affect reading, writing, spelling and speaking as a "gift" that any of her future children would be lucky to have.

"I think that having dyslexia and reflecting on where I am right now in my career path, and also as an older person looking back, it definitely has allowed me to look at things in a new way and come up with solutions," Beatrice said.

The 33-year-old -- who is the elder daughter of Prince Andrew and Sarah Ferguson -- is by no means the first royal to open up about the challenges she has faced. She has previously spoken about her experiences over the years, through her work as a patron of the Helen Arkell Dyslexia Charity since 2013 and, in April, she narrated a book to empower dyslexic children to mark International Children's Book Day.

Her sister, Eugenie, won praise for the bold decision to select a wedding dress that accentuated her scars from back surgery at 12, raising awareness of scoliosis at the same time. And then, of course, there was the Heads Together initiative from William, Harry and Kate, which started a global discussion about the importance of discussing mental health more openly. 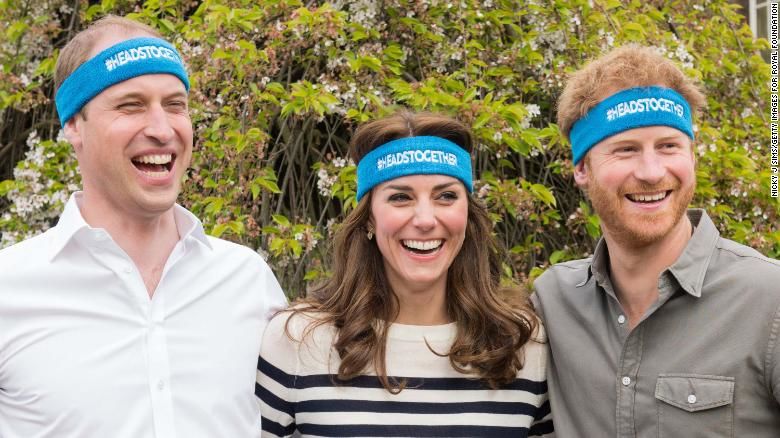 The Duke and Duchess of Cambridge and Prince Harry launched their Heads Together campaign in 2016.

"My husband's also dyslexic so we'll see whether we're having this conversation in a couple of months' time, with a new baby in the house, but I really see it as a gift," Beatrice added.

Dyslexia is a common lifelong learning difficulty that is still not widely understood, with as many as one in five children in the US believed to have the condition. Like her fellow younger royals with their causes, Beatrice's candid comments are part of a personal quest to "change the narrative around the diagnosis."

"Even referring to it as a diagnosis I feel does a disservice to the brilliance of some of the most fantastic minds that we have. And I think just shifting the narrative a little bit towards something that is positive, that is impactful, I think can really help everyone," she added.

Beatrice also adopted a more positive and inclusive term when discussing homeschooling her stepson, Wolfie, whom she described as her "bonus son." 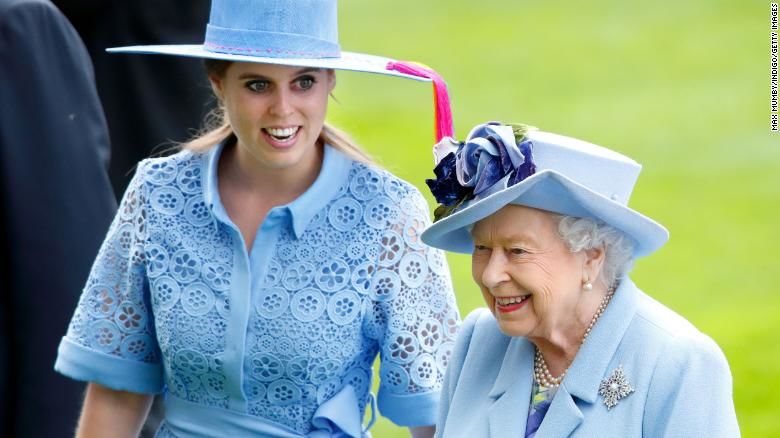 Princess Beatrice accompanied the Queen to the Royal Ascot racing festival in 2019.

While Andrew has stepped back from official duties, Beatrice and sister Eugenie have continued their public work as minor royals with the full support of the wider family. Being 10th and 11th in the line of succession means the pair are a little removed from the full-time royal duties of engagements and public appearances that direct heirs undertake. But they do want to share some burden of the responsibility that comes with having a royal title. And the palace has been careful to separate and protect them from the firestorm of criticism that has followed their father as a result of his links with the convicted pedophile Jeffrey Epstein. Last week, Virginia Roberts Giuffre -- an alleged victim of Epstein -- filed a lawsuit against Prince Andrew for sexual abuse, which he denies.

Neither of the princesses receives financial support from the publicly funded Sovereign Grant. But critics point out it might be easier for Beatrice to face her own challenges and put a positive spin on things with her leadership role at artificial intelligence firm Afiniti and the support and resources from her privileged background.

Regardless, to hear how a princess is handling the same learning difficulties you face is relatable and refreshing. The younger royals have turned their struggles and differences into qualities that humanize them to the public they want to connect with. Beatrice is continuing the family tradition of using her royal profile to raise awareness of an issue close to her heart. 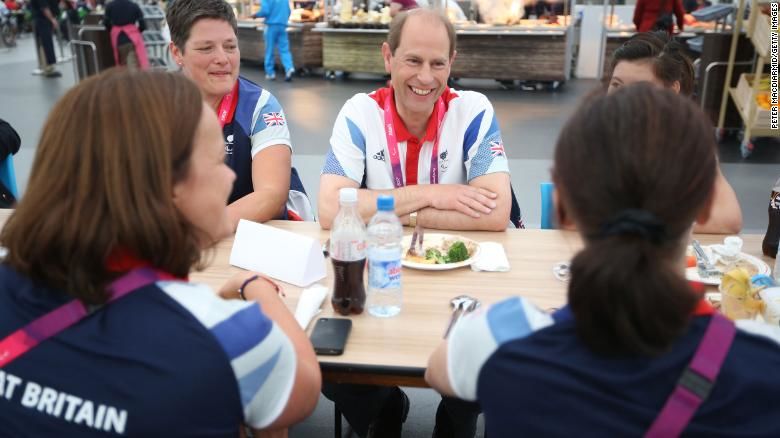 The Earl of Wessex spends time with British Paralympians during the London 2012 Games.

Prince Edward wished Britain's Paralympians the best of success in a video message ahead of the Games, which start in Japan on Tuesday.

The Earl of Wessex, who is patron of the British Paralympic Association, acknowledged this year's event might be "slightly surreal" but urged athletes to "go out there and achieve your best, make us proud, and inspire the next generation of athletes with a disability."

Edward has been associated with ParalympicsGB for a number of years, becoming patron of the association back in 2003. He first attended the Paralympic Games in 1992, when it was held in Barcelona.

Harry urges veterans to 'support one another' as Taliban take over Afghanistan.

The Duke of Sussex is encouraging military veterans to "reach out to each other" days after the Taliban seized control of Afghanistan. Harry served in the British Army for 10 years, including two frontline tours in the country. He later founded the Invictus Games Foundation, which supports veterans' recovery through sporting events. In a joint statement with senior Games figures, he said the "shared experience of serving in Afghanistan over the past two decades" was a reason the resurgence of the militant group would "resonate" among the veteran community. In a separate statement, the Sussexes spoke of being "heartbroken" by the situation in Afghanistan as well as Haiti's growing humanitarian crisis following the earthquake on Saturday and the ongoing Covid-19 pandemic. "The world is exceptionally fragile right now," the couple said in a statement encouraging people to donate to relief organizations. "As an international community, it is the decisions we make now -- to alleviate suffering among those we know and those we may never meet -- that will prove our humanity." 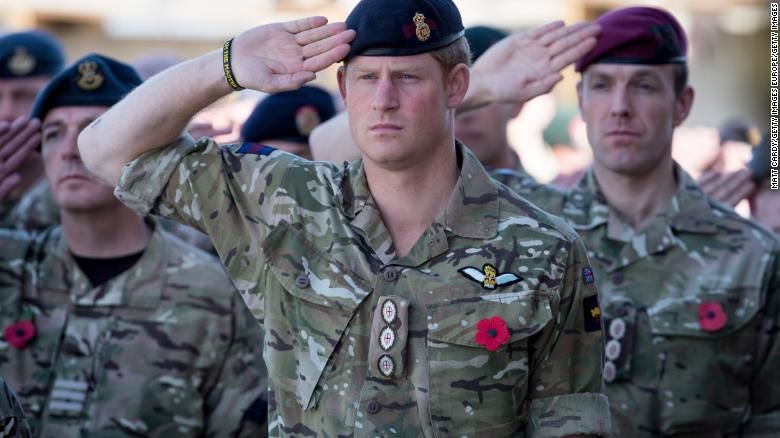 Prince Harry also made a surprise visit to Afghanistan in 2014, flying in to lead Remembrance Day tributes at a base in Kandahar.

What the Duchess of York admires about the Queen.

Sarah Ferguson, the Duchess of York and ex-wife of Prince Andrew, gushed over the Queen in a podcast this week. Promoting her debut romance novel, "Her Heart for a Compass," the duchess -- who split from Andrew in 1996 -- also spoke of her relationship with the monarch on the "Tea with Twiggy" podcast, which is hosted by the 60s icon. "My greatest mentor and... person who believes in me is the Queen -- and has never faltered," the 61-year-old said. "I absolutely admire the incredible way Her Majesty is so modern... 95 and so modern, and how flexible, and how understanding, and how forgiving and how generous." She also discussed being thrust into the global spotlight at the age of 24 when she married into the royal family. Fergie said she "married a wonderful, fabulous prince" and "loved my role as a public figure," which she saw as a "huge honor."

'The Crown' shares first look at its new Charles and Diana.

The next installment of Netflix's hit drama "The Crown" isn't expected until next year, but to whet our appetite, the show released pictures of the new actors set to play Charles and Diana. Dominic West and Elizabeth Debicki will play the estranged couple through the early 1990s, taking over from Josh O'Connor and Emma Corrin, who portrayed the pair during Season 4. Read more. 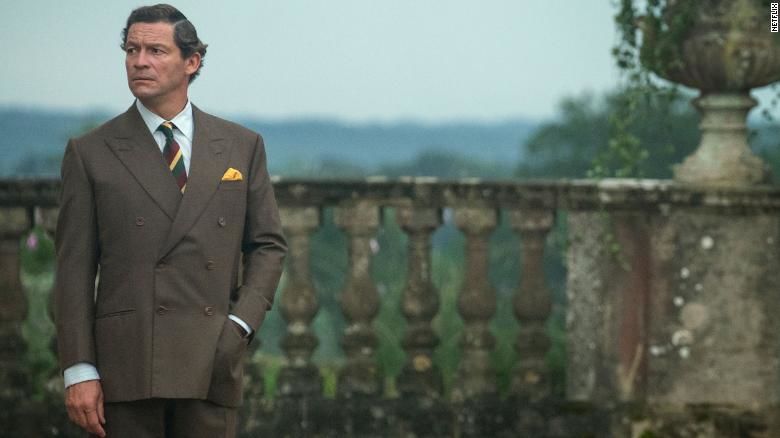 Dominic West as Prince Charles in Netflix's "The Crown." 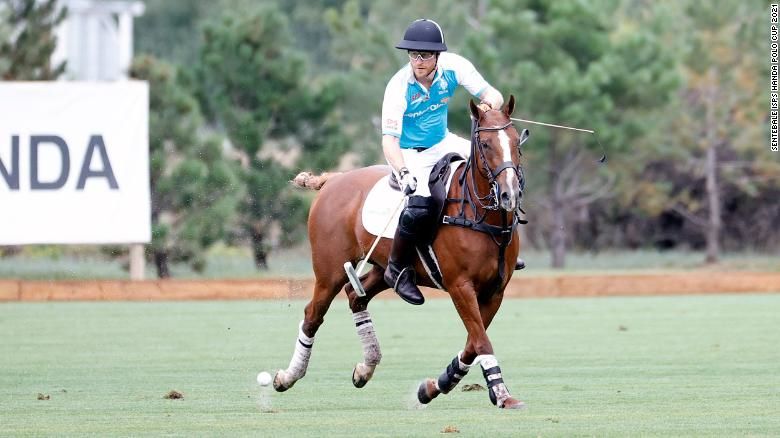 The Duke of Sussex played in a charity polo match that raised $3.5 million for vulnerable children in southern Africa.

The Duke of Sussex surprised royal fans Thursday with his first public appearance in the US since the birth of his daughter, Lili. Harry popped up in Colorado, where his Sentebale organization hosted a charity polo match, raising $3.5 million to help vulnerable children in southern Africa suffering from extreme poverty, inequality and the HIV/AIDS epidemic. No doubt happy to be back in the saddle for such a good cause, Harry led his team to 3-0 victory (scoring two of the goals himself!). He was joined on the field in Aspen by Argentine polo player Nacho Figueras -- a Sentebale ambassador and old friend of the duke's.

In an Instagram post, Figueras described feeling "lucky" to ride alongside Harry "in your mission of making the world a better place for people not as fortunate as us." He added: "It is your commitment and passion to give back that is my inspiration. It was so great spending a couple of days with you my friend."

PHOTO OF THE WEEK

Another week, another royal birthday. This time, the family was celebrating the Queen's second child and only daughter, Anne. She turned 71 on Sunday. As has become the custom on royal birthdays, her family showered the hardworking, no-fuss royal with a series of tributes and kind words on their social media accounts.

Not that it's a competition, but if we had to choose the most heartwarming, Prince Charles' offering might be our pick. His social media shout-out was accompanied by a truly adorable snap -- the Prince of Wales leaning into Anne's stroller seven decades ago to give his little sister's hand a squeeze.


FROM THE ROYAL VAULT

It shouldn't have been surprising that Harry would want to support veterans, as gut-wrenching scenes unfolded at Kabul airport earlier this week of desperate Afghans trying to flee the country.

Harry undertook two tours to Afghanistan. His first, in 2008, saw him deployed to Helmand province as a forward air controller, while his second stint was as an Apache helicopter pilot in 2012 at Camp Bastion in southern Afghanistan.

His time as Captain Wales, as he was known, was a defining period of his life -- so much so that he will devote part of his upcoming memoir to it. The military offered him a chance to escape public scrutiny and serve his country without fanfare, and he relished being treated like everyone else.

We dug into the CNN archive and found this interview from the prince's second deployment, where he passionately described his military work.

"I am deeply saddened by the tragic loss of life and destruction caused by the earthquake in Haiti. My thoughts and prayers are with those who have lost their lives, loved ones and homes, as well as the emergency services working in the recovery effort."