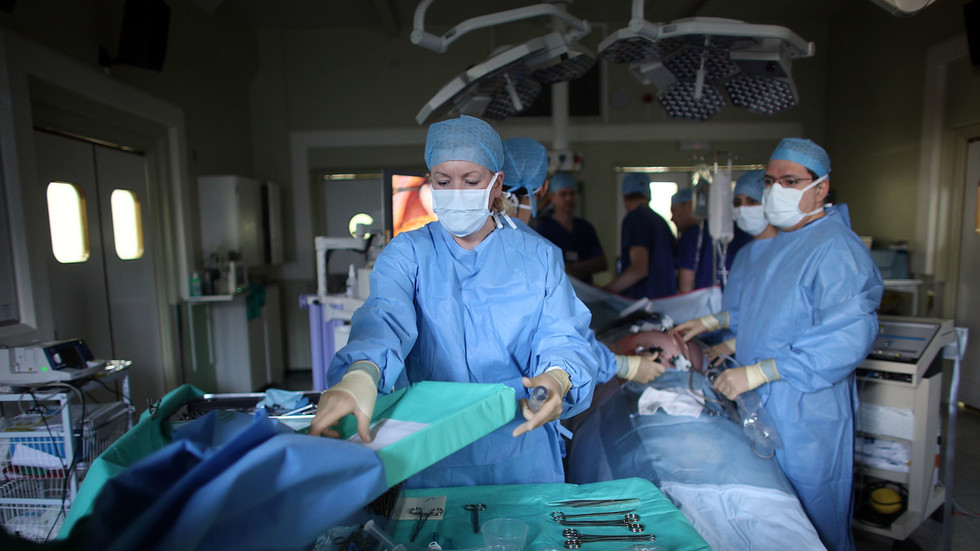 As hospitals in England face being overwhelmed by Covid-19, 45 percent of medical staff have reported suffering anxiety, depression, problem drinking and PTSD as they struggle with working on coronavirus wards, a new study says.
The study, conducted by the journal Occupational Medicine, spoke to 709 participants in nine English hospitals during the summer, finding that nearly half “met the threshold for probable clinical significance on at least one of the following measures: severe depression (six percent), PTSD (40 percent), severe anxiety (11 percent) or problem drinking (seven percent)“.

These figures are significantly higher than the UK national average, with four percent of people experiencing PTSD and depression, and six percent suffering anxiety, according to data from the Adult Psychiatric Morbidity Survey. Alarmingly, researchers also found there were substantial rates of mental health disorders and even thoughts of self-harm, particularly among nurses working under the stressful conditions of the pandemic.

As this study shows the “substantial burden of mental health symptoms being reported by ICU staff towards the end of the first wave in July and July 2020”, there is concern that, with the Covid-19 situation escalating in the UK, medical professionals could currently be suffering even more gravely than the study reports.

The British government has been forced to take drastic measures in recent weeks, as the country faces running out of hospital beds and spaces in morgues. London Mayor Sadiq Khan declared a major incident on January 8, as numerous hospitals struggled with the rapid spread of Covid-19.