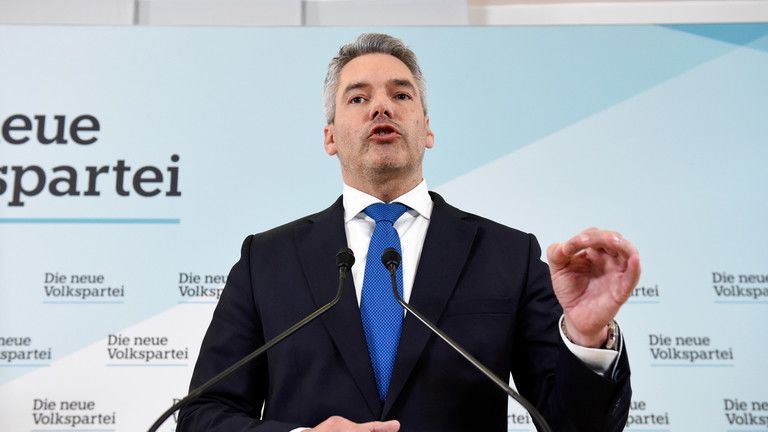 Alcohol could be last resort for Europeans - Austria

The EU is facing an “enemy” in the form of “absurdly high” energy costs and inflation, Austrian Chancellor Karl Nehammer said at a conservative OVP party meeting in the state of Tyrol last week. However, if the bloc’s leaders fail to meet these challenges, he said, Europeans might be left with few options to help overcome their hardships – apart from alcohol and drugs.
The EU has to take measures to combat prices hikes and energy costs “in such a way that we do not drive inflation up but try to rein it in collectively,” the chancellor told his fellow party members on Saturday, adding that it is “anything but easy.”

However, the EU leaders cannot just leave things as they are, Nehammer warned. “If we continue like this, you will only have two options afterwards: alcohol or psychotropic drugs.” He added that “alcohol is basically OK. But… the main thing is that you make a toast when you are feeling good.”

His words were meant in jest, but largely fell flat with both politicians and the public. Nehammer’s “flippant remarks” only demonstrate the “complete failure” of his government and the fact that it is “overwhelmed” with the hardships it is facing, Austrian MP and General Secretary of the right-wing Freedom Party (FPO) Michael Schnedlitz said, calling Nehammer the “wrong choice” for chancellor and demanding early elections.

Social Democrat Franz Schnabl, who is the second deputy head of the state of Lower Austria, took to social media to decry what he called “the depravity” of the OVP. He called Nehammer’s jokes “unbearable” in a situation in which “a significant part of the nation is sliding into poverty.”

Many ordinary Austrians appear to be critical of the chancellor. One woman said on Twitter that she “was at a loss for words” over Nehammer’s comments, and another person called his choice of words “Kafkaesque.”

The chancellor’s office sought to smooth things over by telling Austria’s Kronen Zeitung that Nehammer was only trying to “convey confidence” with his joke, even if it was formulated in a flippant way. The explanation was mocked by some on social media. “If you find yourself in a hole, stop digging. When you stop digging, you are still in a hole,” renowned skier and political activist Nicola Werdenigg tweeted.
Add Comment