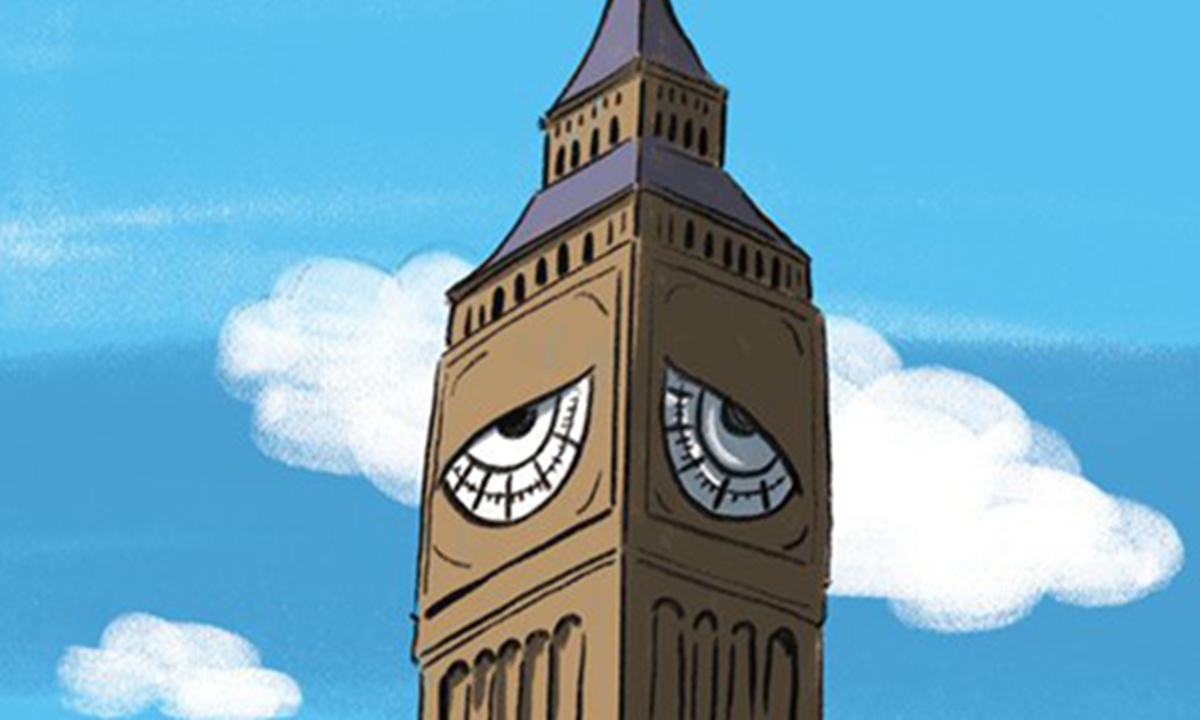 The UK Department for Education has issued guidance for schools in England, in which it says "schools should not under any circumstance use resources produced by organizations that take extreme political stances." This includes a "publicly stated desire to abolish or overthrow democracy, capitalism." According to the guidance, this is also the case, even the material itself is not extreme.
The guidance represents "extreme political stances." Chinese netizens are asking: "Has such violation of so-called freedom and democracy happened in the UK?" The guidance is actually an attempt to use "ideological orthodoxy" to protect democracy. Its essence is still to maintain the stability of capitalism.

In 1949, George Orwell wrote his satirical novel 1984 when he was under surveillance from the MI5. After decades, the "big brother" in the UK is still "watching you."

British former shadow chancellor John McDonnell said that on the basis of the latest guidance, "it will be illegal to refer to large tracts of British history and politics, including the history of British socialism, the Labor Party and trade unionism," because these have advocated the abolition of capitalism at different times.

These rules are vague and will have a wide-ranging impact. If the UK's history is partly omitted under the guidance, it will be a tragedy. Within the ruling British Conservative Party, radical ideological correctness is growing day by day. Will it eventually overwhelm the freedom and democracy that some Western countries have been proud of?

In the examples the guidance listed as "extreme political stances," "opposition to the right of freedom of speech" comes right after "a publicly stated desire to abolish or overthrow democracy, capitalism." This is self-contradictory and is a huge slap in the UK's face.

It is understandable that any political party needs to maintain its rule, and ensure the long-term stability of the country. However, some Western countries always want to hide such intentions.

They chant their slogan of democracy and freedom, and constantly smear other countries with different ideologies, trying to highlight the advanced and noble nature of their own political systems.

In the end, these Western countries will only become inconsistent and contradictory - just like the UK's guidance - and their hypocrisy will be exposed to the world.

China has long been criticized as violating "freedom of speech" by Western countries. China follows socialist path with Chinese characteristics but it has never banned private sectors.

Just the opposite, socialism with Chinese characteristics includes a socialist market economy, which fully absorbs the rational factors of capitalism to serve socialism. The Chinese mainland also hopes that Hong Kong will maintain its social culture based on the capitalist system. Now, who is violating "freedom of speech?"

Western society's double standards in "freedom of speech" are trapping itself. Among the rules that oppose abolishing or overthrowing democracy and capitalism, Western countries are destined to drift farther away from the freedom and democracy they boast about.
Add Comment