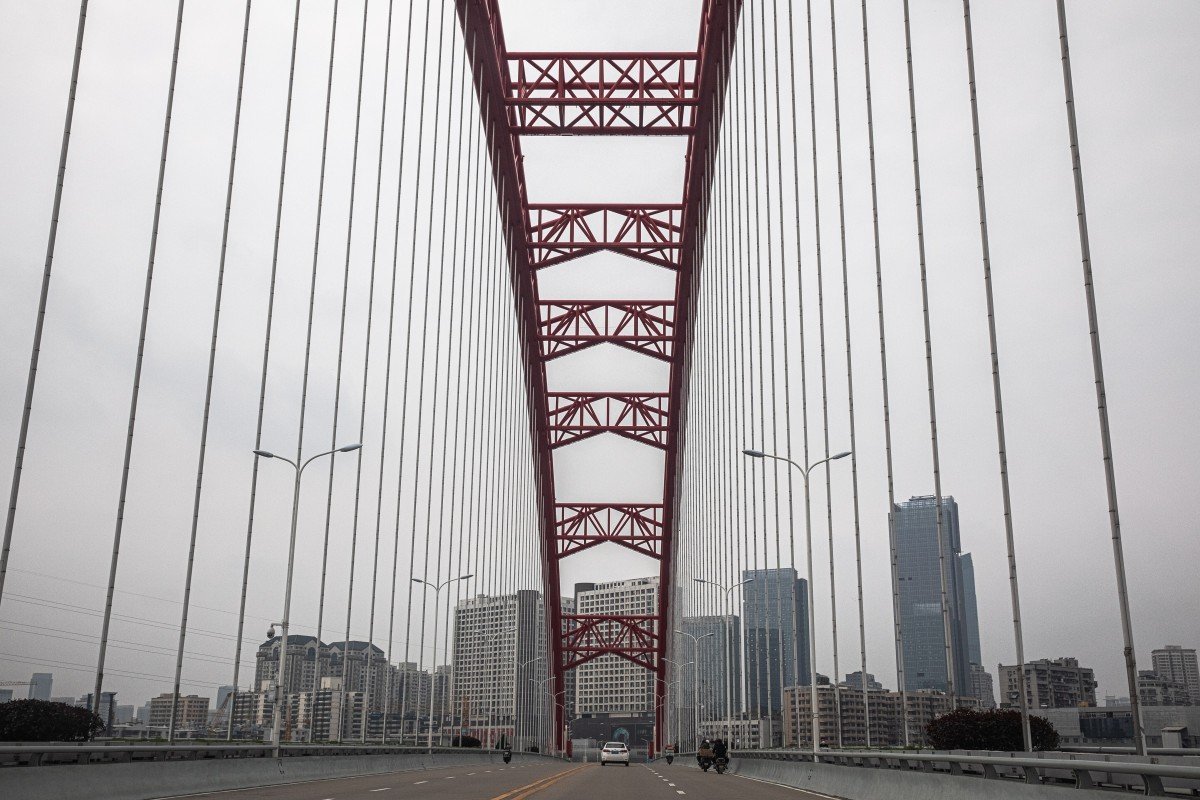 Other countries had a marked increase in imported cases from other parts of mainland China in the weeks after the travel limits went into effect, study says. Restrictions also delayed arrival of pathogen in other Chinese cities by nearly three days, another study finds

China’s drastic decision to lock down the central city of Wuhan has cut the number of coronavirus cases exported from the country to other parts of the world by more than 75 per cent, according to a study by a team of international scientists
The restrictions also dramatically curbed the number of domestic infections, another team found.

Wuhan, which has been in an unprecedented lockdown since January 23, has recorded zero new infections over the past few days and has only 982 active cases. The city will formally lift all of its travel restrictions next week.

The researchers’ conclusions were reported in two papers published in Science magazine, looking at the impact of the travel ban and other contingency measures imposed in Wuhan, where the virus was first detected.

One study, led by Matteo Chinazzi from the Laboratory for the Modelling of Biological and Socio-technical Systems at Northeastern University in Boston, used a global model of disease transmission to generate possible epidemic scenarios.

The team, which included researchers from Italy and mainland China, considered a range of factors in the model, from the number of newly generated infections to the time of disease arrival in each subpopulation and the number of travelling infection carriers.

“We find a 77 per cent reduction in cases imported from mainland China to other countries as a result of the Wuhan travel ban in early February,” the authors said in the paper published on March 6.

“The model indicates that after the travel restrictions in Wuhan are implemented on January 23, the top five ranked cities as the origin of international case importations are Shanghai, Beijing, Shenzhen, Guangzhou and Kunming,” they said.

By the end of February, Japan was the top source of the virus spreading outside China, accounting for 14 per cent. It was followed by Thailand, South Korea, Taiwan and the United States.

The researchers also stressed the importance of transmission reduction measures, especially those by local communities in other countries, in curbing the global spread of Covid-19, the disease caused by the coronavirus.

The study said that reducing both travel and transmissibility led to a “much larger synergistic effect”, which could be seen in delayed epidemic activity on mainland China and the number of internationally imported cases.

The researchers also said that a large number of imported infected individuals from mainland China were undetected and went to other parts of the world.

In another paper, published in Science on Tuesday, researchers from mainland China, Britain, the US and Hong Kong said that a combination of travel restrictions, public shutdowns and a national emergency response delayed the spread within China.

“The Wuhan shutdown was associated with the delayed arrival of Covid-19 in other cities by 2.91 days. Cities that implemented control measures pre-emptively reported fewer cases, on average,” the researchers said.

Together with the travel ban, measures to suspend public transport moving within the city, close entertainment venues and ban public gatherings “delayed the growth and limited the size of the Covid-19 epidemic in China, averting hundreds of thousands of cases by February 19”.

“This delay provided extra time to prepare for the arrival of Covid-19 in more than 130 cities across China but would not have curbed transmission after infection had been exported to new locations from Wuhan,” the paper said.

The study was led by Tian Huaiyu from the State Key Laboratory of Remote Sensing Science, College of Global Change and Earth System Science at Beijing Normal University, and included researchers from mainland China, Britain, the United States and Hong Kong.

A complete travel ban on Wuhan residents prohibited all transport in and out of the city from 10am on January 23, followed a day later by movement restrictions throughout Hubei.

Banning travel to and from Wuhan kept nearly 1 million more people in the city before Lunar New Year compared to previous years and stopped almost all travel after the holiday.

While China was once the epicentre of the coronavirus outbreak, the US and Europe have become the new centres of the pandemic, which has infected more than 1 million people and killed over 52,000 people.