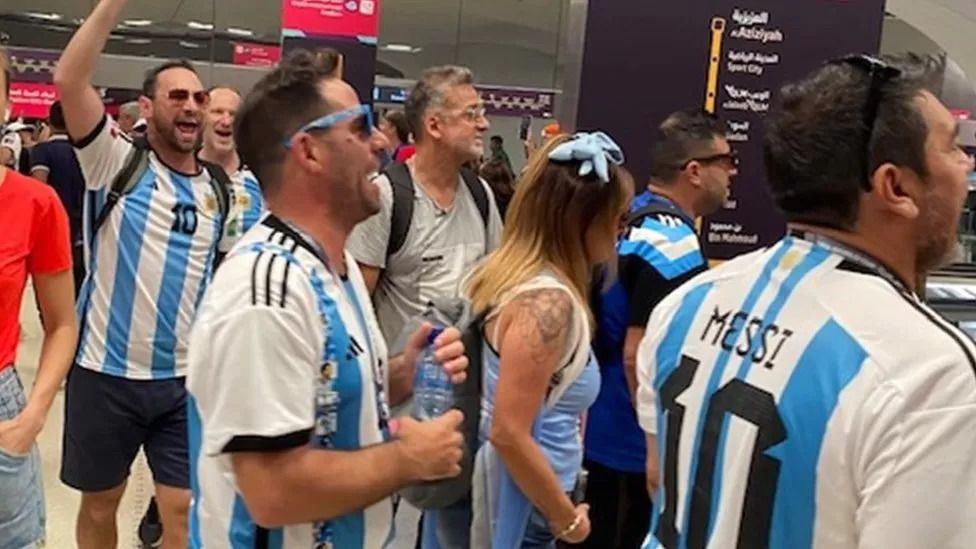 Some couples are paying more for a beer than a meal for two at the World Cup.

But despite alcohol being expensive, many other things are either free or relatively cheap in Qatar.

For most Wales fans, the experience is priceless as they live their dream.

One paid £60 to see one of the world's greats Lionel Messi in action and believes what were portrayed as negatives - limited alcohol and all games essentially in one city - are the tournament's great strengths.

Rhys Atwood, from Caerphilly, said his friends were put off from coming because of price predictions, but he is paying "peanuts" to enjoy what he believes will go down in history as one of the most accessible tournaments.

He shelled out £2,000 for flight and eight nights' accommodation plus £800 for nine group games, adding: "It was £60 to see Messi play for Argentina versus Mexico, you pay about £100 to watch Wales play rugby back home."

Usually the day after a Wales game, fans are nursing hangovers, but Rhys has decided not to drink in Qatar, saying: "I would probably feel miserable (after Friday's defeat to Iran) if I had done.

"But I can wake up early with no hangover and enjoy the atmosphere of the fans from around the world, I've also seen Brazil versus Serbia.

"There will be no World Cup like this again, with everyone all together. The next (in the USA, Canada and Mexico) will probably be totally the opposite with stadiums and cities massive distances apart." 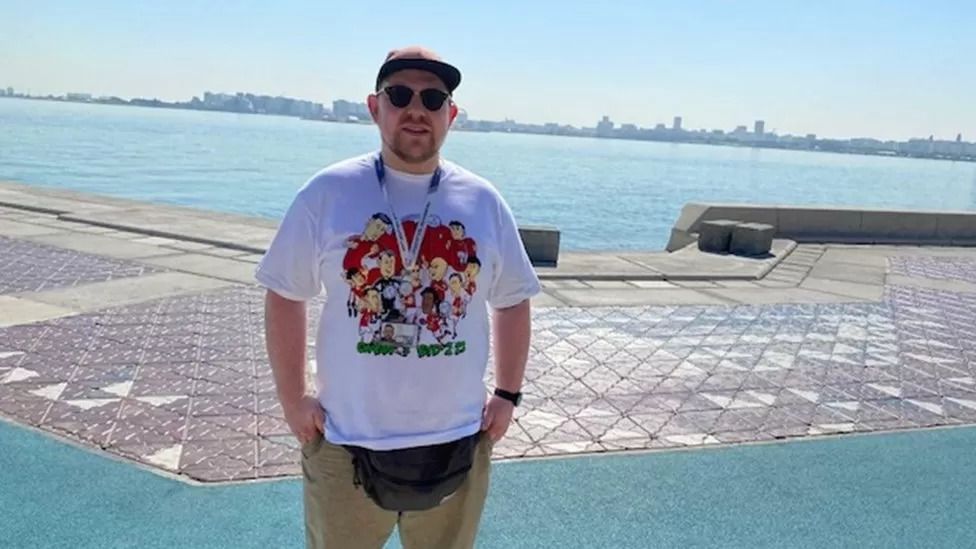 No hangovers: Rhys Atwood has been drunk on the atmosphere in Doha
While Wales fans are quick to praise the welcome they have received from Qataris, it is taking their place among some of the biggest nations of the world that has been the greatest part of the experience for many.

The performances on the pitch almost come secondary - the likes of Gareth Bale and Aaron Ramsey are already champions having got the nation here.

"It was my dream to see Wales at the the World Cup, and I'm living my dream now," said Kelly Lee from Pontypool, Torfaen.

"The best part is not the football but taking our place among countries like Brazil, Argentina, Saudi Arabia, the USA. Massive countries, and we are part of it." 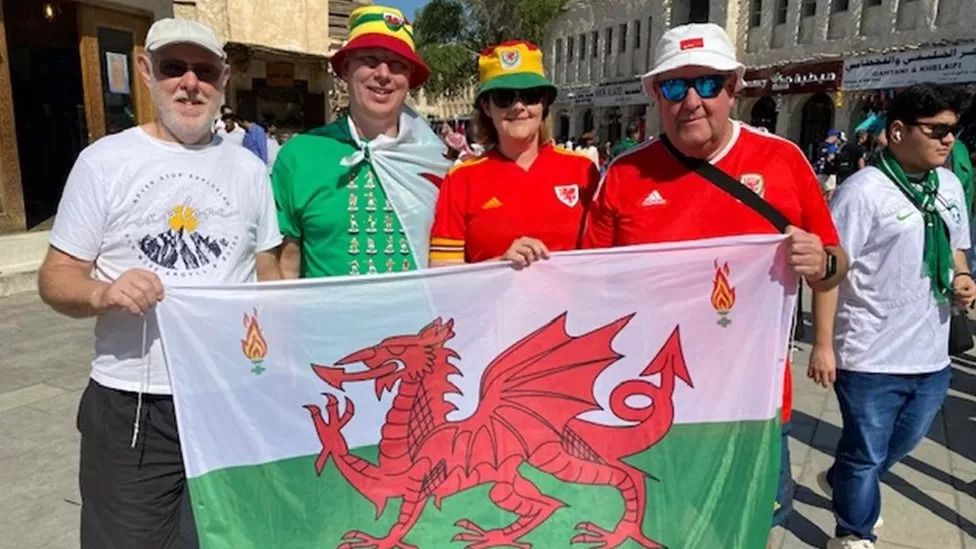 Her dad Jeff, 64, said they had been embracing the traditions and culture, adding: "It's probably a good thing drink isn't that readily available, because 2,000 Wales fans on the beer in the blistering sun (against Iran) would've caused chaos.

"We've been sensible, with a couple at some Wales events.

"We paid £13 for a bottle of beer at one event, then went for a meal after that we paid £12 between us for that we struggled to eat, so I guess all the costs balance out."

Prices can vary wildly - some packages are £120 for five drinks and a meal, but Stuart Parry, 46, from Wrexham, has discovered a pub where a pint is £6.50, but even so, only had three after Friday's game against Iran. 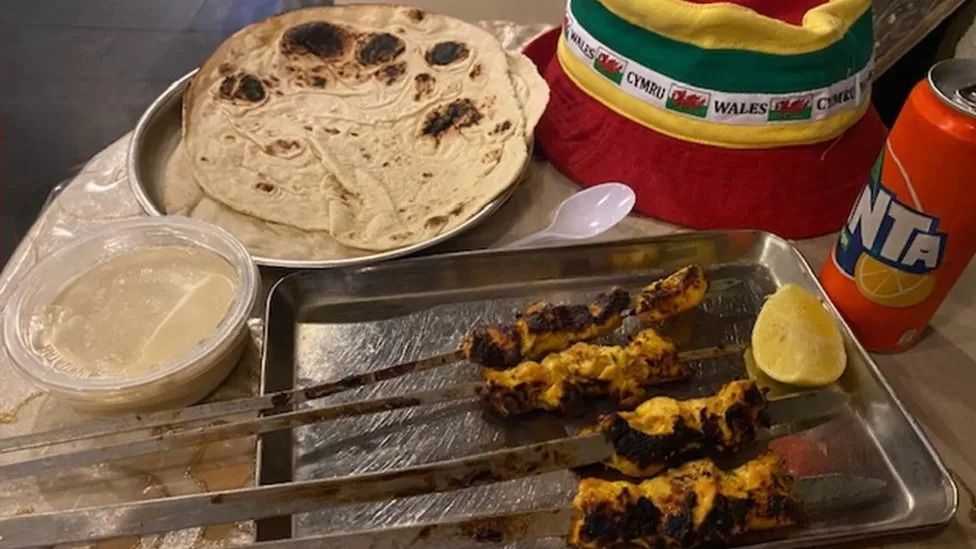 Food is relatively cheap - a meal of a chicken kebab, hummus, unlimited bread and drink is about £8

Angela and Nick Gartside, both 67, from Caerleon, Newport, still have over half left of the £600 in local currency they brought, so have booked a day by the pool at an expensive hotel to "offload some Riyals".

"Four weeks today it will be Christmas Day and we are here in the sun," said Angela.

"We have been to lots of parties and had a wonderful time, definitely the days when we have drunk have hit our finances more than our non-drinking days."

The couple could actually go home £2,000 better off if Wales exit at the group stages, having spent the sum on tickets all the way to the final, which are refundable if the team does not make it. 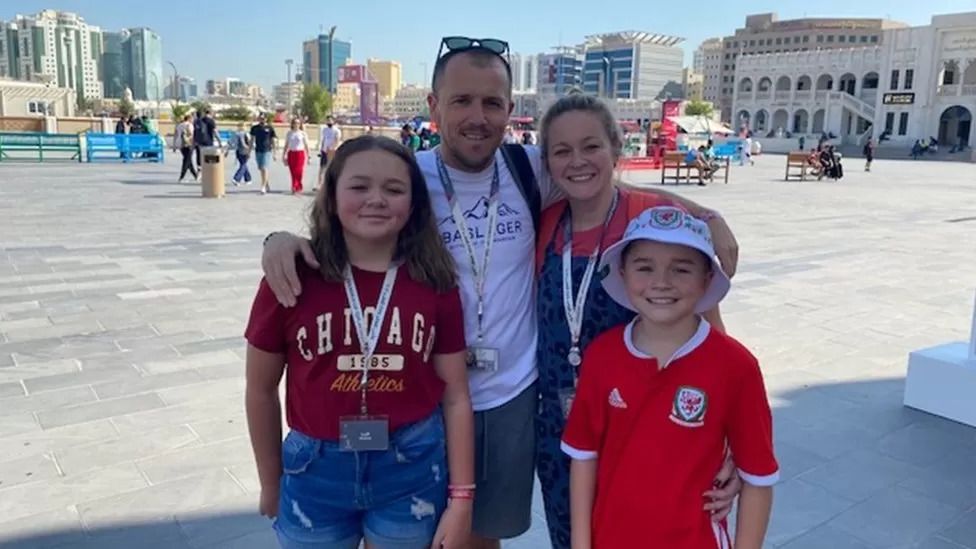 It is not just the adults who have had an incredible time, but Fflur, 12 and Celt, 10, from Cardigan, Ceredigion, who have come with their parents and are staying in an apartment.

They have kept costs down by cooking some meals, while free travel on the Metro has not only saved visitors vast sums, but also given fans from around the world the chance to mingle, chat and sing together.

"It's been brilliant, the people have been so friendly," said dad Ceri Adams-Lewis, 45.

"You don't feel threatened travelling around on the Metro at 2am like in other cities, it's all been so easy.

"People are all so accommodating - Celt was cutting meat in a kebab house last night."

Fflur talked about all the stars she had met from singer Dafydd Iwan to players Brennan Johnson and Gwennan Harries, while mum Stacey, 37, said: "With kids, you always worry, but we were worried about nothing, it's been amazing mixing with all the other teams.

"I'd definitely come back." 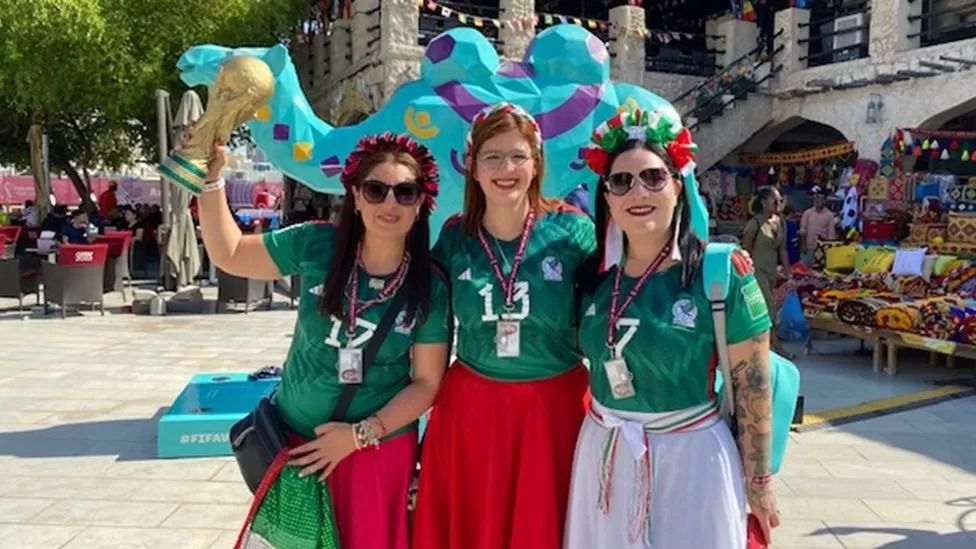 However, not everyone is happy with every aspect of the tournament - including Stuart Eyre, 54, from Nottinghamshire.

This is because Wales' return to the biggest international stage will not be documented in programmes, immortalising the players in print.

He was one of a handful of people outside the stadium after the Wales v Iran game, as he had been for most of the matches up to that point, asking for used tickets off people as souvenirs.

A programme collector, he has been to most major tournaments since 1990 and amassed a collection of about 1.1 million items.

With none being distributed, he is collecting tickets instead, adding: "I'm pretty devastated there are no programmes. I'm pretty sure they have been issued at every tournament since 1954.

"I think organisers have missed a trick (not selling them). Covid probably accelerated it, but I guess it was inevitable that we were going to move away from paper eventually."