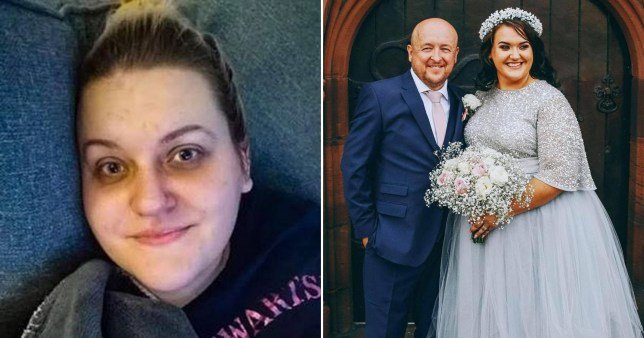 Pals clubbed together and gave Toni Standen, 29, £8,500 so she and her partner James could have the ‘day they deserved’.

She said she’d contracted cancer which had ‘gone to my brain, my bones – it’s everywhere’ and even shaved her head and gave newspaper interviews to drum up support.

In an emotional plea, Standen said she wanted her dad Derek, who was dying of cancer, to walk her down the aisle.

Derek, 57, died before the wedding in Widnes, Cheshire, but recorded a video message to be played out to guests.

The newly-weds spent their honeymoon in Turkey and took another trip to Germany, Czech Republic, Austria, Hungary and Italy, all while Standen was apparently terminally ill.

Earlier this year she then tried to claim she’d caught coronavirus, which roused suspicion among friends who reportedly confronted her. They told the Daily Mirror it was the ‘ultimate betrayal’. 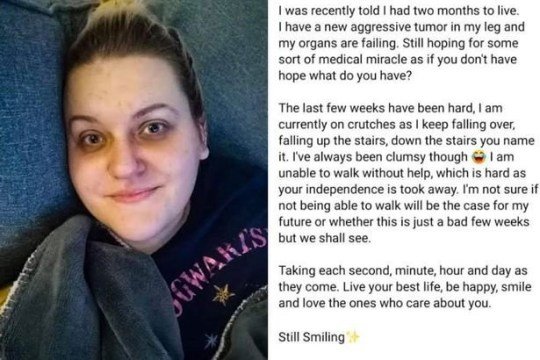 The update Standen sent to her friends on Facebook, announcing her diagnosis

Standen now faces potential jail time after pleading guilty to fraud by false representation between February 2019 and April 2020 at Chester Magistrates Court last week, according to the paper.

Cheryl Aston, 33, a friend from college who donated £525, told the Mirror: ‘She could have won an Oscar, her acting was that good. She fooled us all. We were all completely sucked in. She told me she was dying and I fell for it.

‘I remember her telling me that her cancer had come back and that it was terminal. She told me it had spread to her bones and her organs. I was devastated – everyone was. 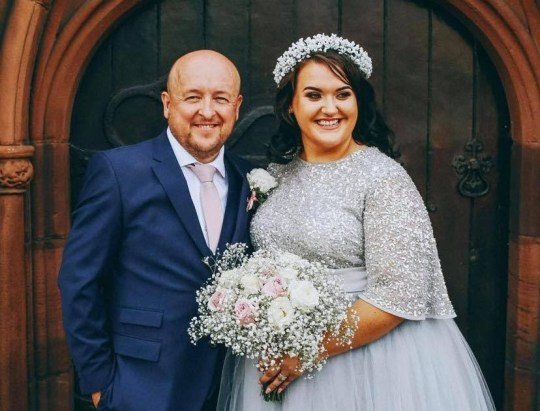 Toni Standen, 29 and husband James on their wedding day

‘She said she wanted her dad to walk her down the aisle before either of them died. Everyone pulled together. People didn’t have much but they wanted to give what they could. I wanted to help so badly but I couldn’t afford a lot.’

In February this year, Standen’s Facebook page appeared to announce her death. A statement posted online said: ‘RIP TONI. Our lovely Toni passed away last night, surrounded by friends and family… strong until the end.’

She blamed the post on hackers but one friend reportedly claimed: ‘She did it for attention – to see what people would say about her if she died.’