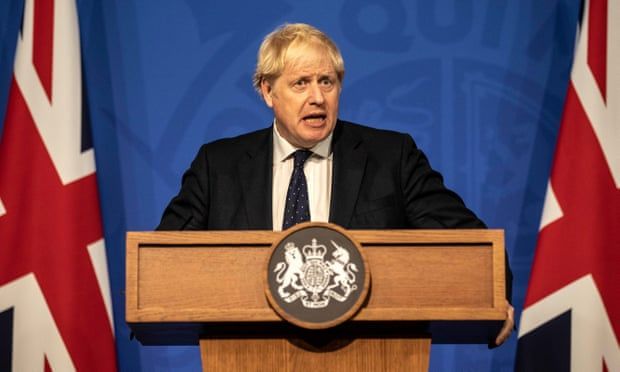 Winter plan: what does government’s toolkit to combat Covid include?

Boris Johnson has announced the government’s “autumn and winter plan” to combat an anticipated rise in Covid infection rates over the coming months, with a toolkit of restrictions that could be introduced in England if the NHS comes under significant pressure.

What is plan A?

The government says the current plan has five pillars in order to prevent any further restrictions from needing to be implemented.

Vaccines will be offered to 12- to 15-year-olds, on the advice of the chief medical officer, and a booster programme to offer a third dose for over-50s will begin within days to give the most vulnerable better protection.

There are few restrictions on everyday life in England but a handful remain. Those who test positive for Covid must quarantine by law for 10 days, and the same rule applies to over-18s who have not been double-vaccinated when they come into contact with a positive case.

School bubbles have been replaced with an enhanced testing programme, which the government says it expects to “continue for the rest of this term.” Free rapid lateral flow tests will continue to be available for the general public.

Restrictions on travel still apply, including testing before arrival in the UK and varying requirements in the days afterwards or mandatory hotel quarantine for arrivals from high-risk “red list” countries. Ministers expect to ease some testing requirements from low-risk countries within weeks.

There will be a £5.4bn cash injection to the NHS in England to support the Covid-19 response over the next six months, previously announced by Sajid Javid though this includes £1bn to help tackle backlogs in elective procedures.

Vaccinating healthcare staff is also a key component and the government is likely to order that Covid and flu vaccinations become mandatory for frontline health and wider social care staff in England.

This essentially means a repeat of the messaging around hand-washing and ventilation, as well as mask-wearing in riskier spaces and encouraging businesses to communicate to workers to stay at home if they feel unwell.

What is plan B?

The government says it is “possible that plan A is not sufficient to prevent unsustainable pressure on the NHS and that further measures [will be] required” though it has not set out the precise thresholds to trigger the following new measures.

Ministers abandoned proposals for mandatory vaccine passports for entry to nightclubs and mass events from 1 October but the plan gives them the right to reintroduce the measures should cases rise.

Currently, the NHS Covid pass available on the app will certify individuals based on vaccination, testing or natural immunity status. But if plan B is implemented, it will change to display full vaccination only for over-18s. The government advises businesses to make contingency plans, saying the change could be introduced “at short notice”. Businesses requiring the passport would include:

*  Outdoor crowded settings with 4,000 or more attenders, such as festivals.

*  Any settings with 10,000 or more attenders, such as large sports stadiums.

Vaccine passports have been fiercely opposed by many Tory backbenchers who see them as an affront to civil liberties. Opposition parties have also said they would fight their introduction, meaning Johnson could face a significant parliamentary hurdle.

Advice to work from home

This advice was dropped after 19 July and left to employers’ discretion. Home working is set to continue in some capacity indefinitely for most office workers where employers are changing to flexible working long-term. But Tory MPs have been clamouring for a nationwide push to return workers to city centre offices, especially civil servants in Whitehall.

Any return to advice to work from home would be a headache for the government, which was forced to U-turn last summer after a push to get workers back to the office was followed by a steep rise in cases. However, the winter plan says Sage advises that “working from home is one of the most effective measures available at reducing contacts … which has a strong impact on transmission and R [the reproduction number]”.

Masks were mandatory until 19 July in English shops and public transport. There is now no requirement to wear them in England, unlike in Scotland and Wales, though the London mayor Sadiq Khan has imposed them on Transport for London.

The government recommends face coverings in crowded and enclosed spaces but ministers, including Johnson, routinely fail to follow this advice and are regularly pictured maskless in the House of Commons.

If plan B is implemented, the government will bring back the legal requirement to wear face coverings in “some settings”, the plan says, likely to be on transport and in shops.