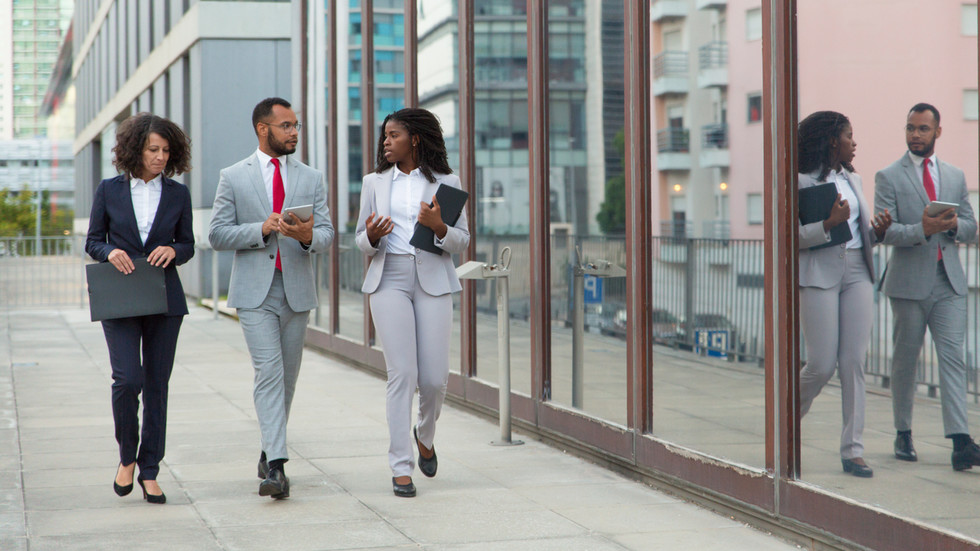 Why does the left deny that people like me, a young ethnic minority woman, are middle class and insist we’re victims of racism?

I’m a young woman from a comfortable background, with all the advantages that flow from that. Why does the left reject that and say my skin colour automatically makes me oppressed and disadvantaged?
The coronavirus pandemic has revealed a lot about social inequality, and led to a lot of talk about the impact of the pandemic on various groups of people. One of the biggest concerns was the revelation that there were disparities in the risks and outcomes of Covid-19 among BAME people, compared to whites.

Looking into this important issue and its causes is all well and good. However, the discussion has taken a slightly different path than expected.

After the 2020 Euro football final, the news broke that black England footballers Bukayo Saka, Jadon Sancho and Marcus Rashford had been racially abused on social media, and a perspective was quickly formed (again): that England is a deeply racist country and that it is unsafe for ethnic minorities.

The mainstream media went into meltdown, and non-white famous celebrities and wealthy Instagram influencers posted endlessly on social media about their struggles of being a “person of colour,” implying that the odds were stacked against them in this country, ignoring how it is they have become so successful and rich in such an oppressive society.

“If you're a BAME, you're most likely to be a victim of systemic racism and more likely to be impacted by the Coronavirus pandemic,” a white friend told me during a conversation about the events at the Euro finals.

I was bemused by this mindset. Certainly, as a “person of colour,” I understand that I can be subjected to racism. However, the chances of that happening are fairly small. I do not deem the United Kingdom to be a deeply racist country, nor have I ever perceived myself to be someone who is “disadvantaged.”

“I wouldn’t say I'm drenched in privilege, but I certainly don’t feel that I’m in a position of disadvantage,” I told my friend, who looked taken aback and baffled.

Interestingly enough, a few days ago, it was revealed that just 34 of the 600 or so racist messages sent after England’s loss to Italy came from people in the UK. A tiny number of repulsive bigots were used to present the entire country as racist. The mainstream media, run and manned by the metropolitan elite, whipped up a moral crisis about racism running rampant in British society.

One of the most interesting phenomena I have witnessed recently is the new left pushing a narrative that people such as me, who come from middle class socio-economic backgrounds, are in fact part of an oppressed minority, due to this systemic racism.

Our socio-economic background is deemed irrelevant, because all pales into insignificance against the colour of my skin: I am part of an ethnic minority, ergo I am oppressed and in need of help from my leftie brothers and sisters, eager to demonstrate that they, at least, are most certainly not racist at all, in any way.

The fact that coming from a middle class socioeconomic background is heavily undermined and downplayed in today’s culture should ring alarm bells.

Privileged people from ethnic minority backgrounds are embracing the narrative of their life being a struggle and are encouraging others to do so. This is not just disingenuous, but disrespectful to people who go through really harsh economic struggles and difficult challenges in life.

It would be nauseatingly dishonest for me (as it is for them) to ignore the fact that I grew up in a middle-class family here in the UK, and enjoyed advantages that many other people, including many whites, do not have the privilege of.

It would even be more nauseating for me to try to co-opt the language and accents of the real working class, in the way so many middle class young people do. Don’t they know how ridiculous they sound?

There is no doubt that I, and others, have benefitted from coming from a middle class background. The conversations I had while growing up were about my ambitions to go to a reputable university, choosing a respectable career field of my liking, and picking up skills which could help me later in life. Not about whether there would be food on the table for that night’s supper, or whether we might get evicted next month for failing to pay our rent, or what low-paying job I might do before or after school in order to help ends meet.

This, in simple terms, is the sort of privilege that I was a recipient of, yet it's taboo to talk about, or admit, because I'm an ethnic minority living in Britain. ‘I’m a victim, innit, ‘coz of the colour of my skin…’

Sadly, the fate for others from more tougher socio-economic backgrounds than mine are not so fortunate. According to a Social Mobility Commission report in 2019, working class people in professional jobs earn almost a fifth less than their colleagues from more privileged backgrounds.

This begs a question: why do so many professional, middle-class, ethnic minority Brits insist that social mobility is as difficult for them as it is for working class people?

Could it be due the fact that a culture has been instilled within modern metropolitan society that values a culture of victimhood over talent, graft or good old pragmatism?

For example, a report by the British Social Attitudes Survey earlier this year, revealed that 47% of Britons identify as working class, even those in middle-class managerial and professional jobs. It showed that a quarter of people in these fields, who came from middle-class backgrounds and whose parents were also professionals, identified as working class.

This is an astounding case of misidentification, which could be due to several reasons such as family history, or unpleasant life experiences – or a fashionable desire to social de-climb, to seek an ‘authenticity’ that is considered cool.

What is clear is that the new left seems to have abandoned the real working class, and that they have been the biggest casualties of the culture war – and the brutal economic fallout from Covid measures. Paul Embery, the socialist trade-unionist turned author, explores this notion in his recent book, Despised: Why the Modern Left Loathes the Working Class, explaining why the Labour Party, run by a metropolitan, middle-class elite, has increasingly come to view the working class with disdain. Little wonder that the book caused outrage in trendy Islington liberal left cliques.

This new era of leftism certainly has grown a bizarre attachment to identity politics, and, on race and transgender issues, is reaching whole new levels. The fetisishation of endless victimhood is a wonder to behold.

The hysteria whipped up over these sorts of issues is taking us to uncertain, uncomfortable places and needs urgently to be called out and challenged.
#COVID-19  #Covid  #Coronavirus
Add Comment