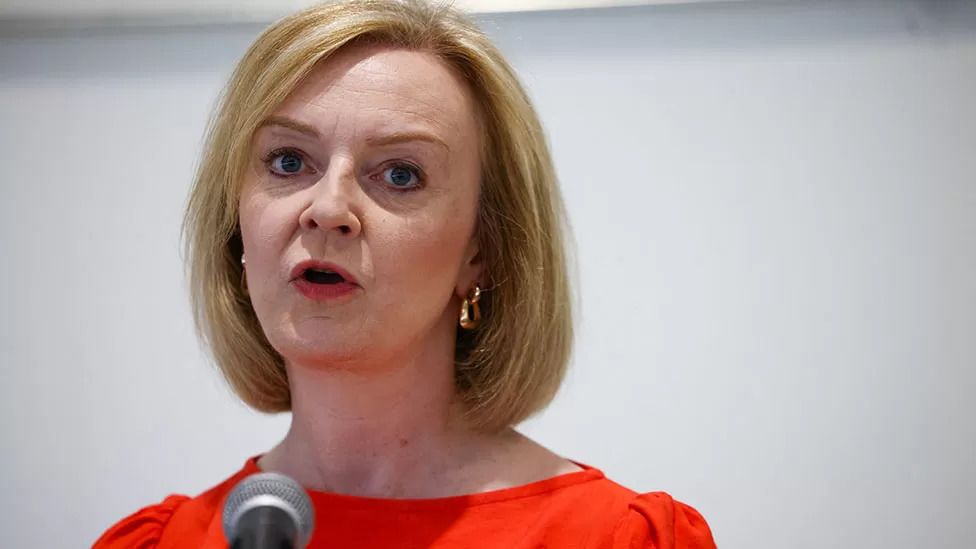 Why did Liz Truss U-turn over public sector pay?

Last night, her campaign team announced a proposal for regional pay boards, saying this could save nearly £9bn a year.

But the idea attracted criticism from unions, Labour and some Tories. The Conservative Mayor of Tees Valley (and Rishi Sunak supporter) Ben Houchen called it a "sure fire way to lose the next general election."

But now, Ms Truss says: "I never had any intention of changing the terms and conditions of teachers and nurses. But what I want to be clear about is I will not be going ahead with the regional pay boards. That is no longer my policy".

So what was the plan?

At the moment, workers in the public sector get the same amount regardless of where they live - apart from in London, where they receive a London Weighting payment (about £5,000 for a teacher on a starting salary in inner London, for example).

The plan was to introduce regional pay boards, so you could pay less to people who live in areas with a lower cost of living.

A press release from the Truss campaign team said this would have applied to new employees and would be rolled out in the civil service. 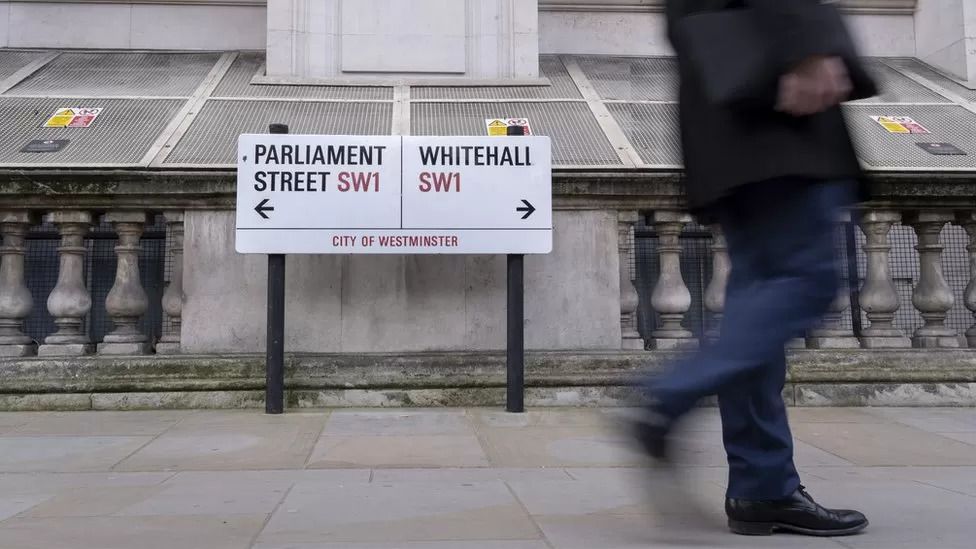 It said that savings of £8.8bn a year could be made, "if the system were to be adopted for all public sector workers in the long term".

And it added that the policy would "avoid the public sector crowding out the private sector in places where private business just can't compete with public sector pay".

Where did it come from?

The £8.8bn figure appears to come from a report by the Taxpayers' Alliance - a campaign group which supports cuts in taxes and spending.

The report was looking for ways to narrow the gap between pay in the public sector (people employed by the government including civil servants) and everybody else.

The group says its £8.8bn was worked out by taking a figure of £6.3bn in savings from a report by Policy Exchange in 2012 and increasing it to account for "growth in the public sector pay bill" since then.

But it also said it would cost the government £8bn to increase the pay of those in the public sector paid less than their private sector counterparts. So that would mean an overall cost to the government of £3.8bn a year.

The way Policy Exchange reached the overall saving of £6.3bn was by adjusting for the better pension provision in the public sector.

The Taxpayers' Alliance report also claims that pay was 14.1% higher "for public sector staff compared to their private sector equivalents in 2021".

That's not quite right - the 14.1% figure is for all public sector employees compared with all private sector employees (it's table 25.7a here), but it's not comparing people with their equivalents.

The Institute for Fiscal Studies published an analysis that did compare workers with their "equivalents" - they adjusted for the sorts of qualifications and experience people had. 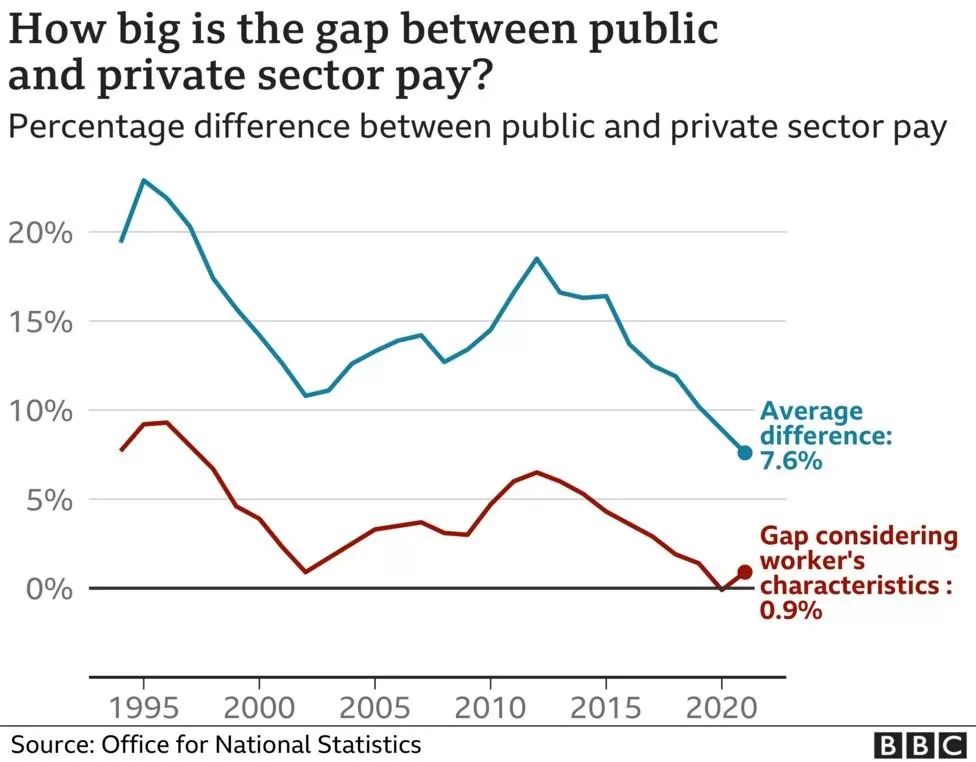 They found that on the eve of the pandemic the gap between public and private sector pay once the characteristics of the workers had been taken into account was only 0.9%.

The figure is pre-pandemic, but that's probably sensible because the pandemic had big, distorting effects on pay throughout the economy.

That figure is an average across the country. There are regional differences, with public sector staff based in London, the South East and the East of England earning less than the regional average and those in the rest of the UK earning more, according to IFS analysis. 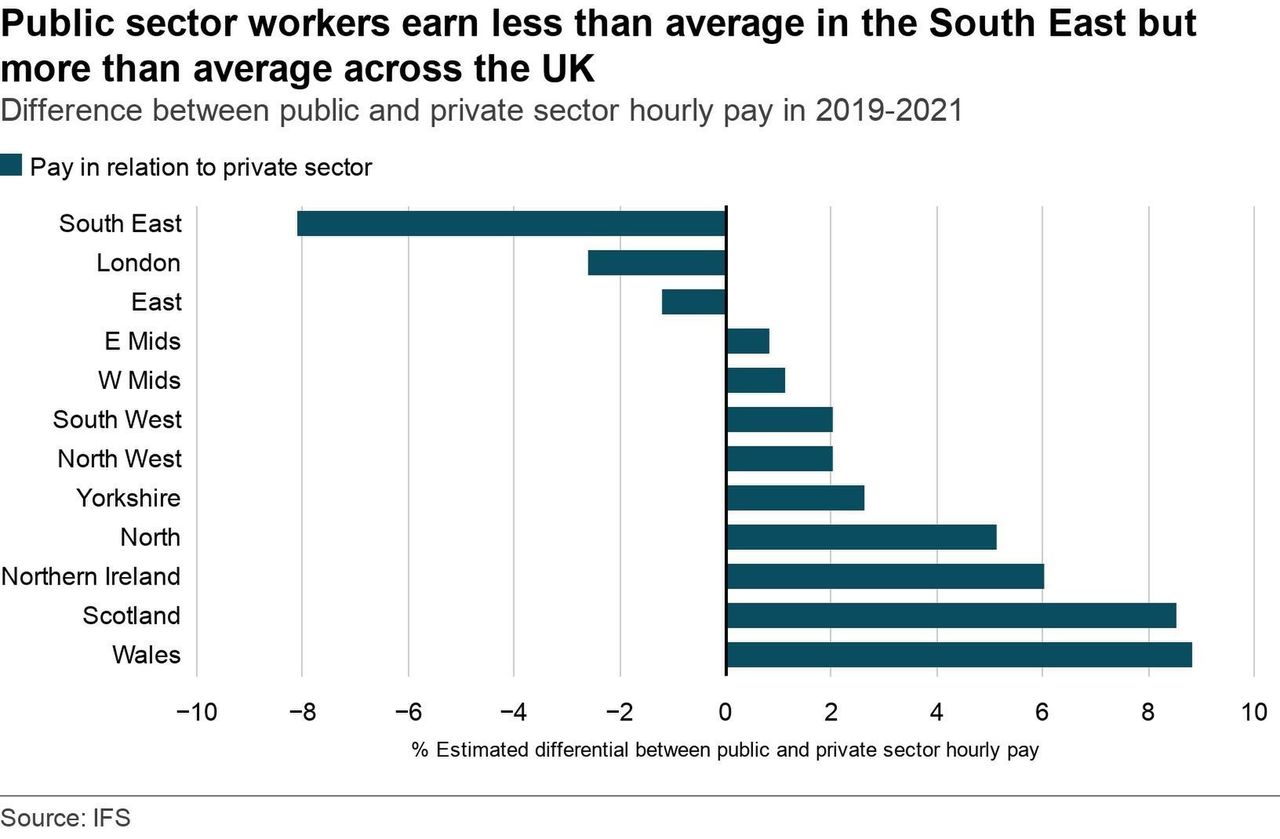 It's likely that implementing the plan across the public sector would have created problems in recruitment.

The IFS has argued that current plans for civil service pay already risk causing challenges for recruitment and retention.

The idea of regional pay was considered by then Chancellor George Osborne in 2012. But it was dropped after opposition from unions and northern Tory MPs.

Alex Thomas from the Institute for Government called the regional pay board plan "really complicated and quite controversial".

"If you want to rebalance pay so that you're paying the regional market rate in different parts of the country, that's either going to come from nurses and teachers being paid less or seeing their pay increase less than others in the private sector," he said.

"I think the reason why chancellors and prime ministers have tended to abandon it is the benefits are pretty marginal both in terms of the costs you can save and the benefits to the local economy."

We have approached the Truss campaign for comment about why they abandoned the plan but have not yet heard back from them.