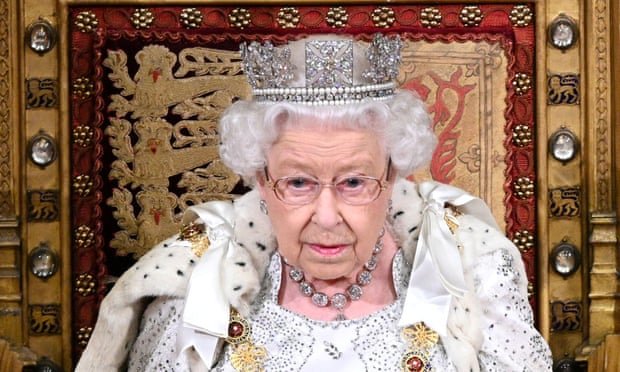 What can we expect in Thursday's Queen's speech?

Brexit and NHS to take precedence, including funding and changes to hospital car park charges
Slightly less than 10 weeks since the last Queen’s speech, the monarch will again be summoned to parliament on Thursday to outline the government’s legislative programme, with ministers hoping to push measures about the NHS and other public spending.

The bulk of the speech will be familiar to those who sat through its equivalent on 14 October, when Boris Johnson’s government outlined its legislative plans despite no majority and a seemingly imminent election, which came to pass last week.

The Queen’s speech is the centrepiece of the new state opening of a new session of parliament, usually an annual event. Given the short time-lapse, Thursday’s opening will be a pared-back version, with the Queen arriving by car rather than golden carriage.

Unveiling 26 bills in October, the government sought to highlight election-ready plans for tougher jail sentences, among seven bills devoted to law and order.

The chosen highlight for Thursday will be a new, largely symbolic bill to put into statute the government’s commitment to spend an extra £33bn-plus a year on the NHS by 2023-24.

With Johnson now safely returned to No 10 with an 80-seat majority, one helped by success in many northern English towns that have traditionally voted Labour, the Downing Street focus is now more firmly fixed on the NHS and other austerity-combating spending boosts.

The government plans to make the NHS Funding bill the first legislation passed, following scrutiny of the Withdrawal Agreement bill (Wab), which lays down the legal framework for Johnson’s Brexit deal. MPs are due to first vote on this on Friday.

Other promised legislation in the Queen’s speech will include easier visa systems for overseas medical staff to enter the UK amid the post-Brexit shakeup of the immigration system and measures to make it simpler for hospitals to manufacture and trial new medicines.

Another NHS-based bill will change the current system of hospital car parking charges, abolishing them for groups such as disabled people, those with children who are inpatients, and staff working night shifts.

Other elements of the legislative programme remain to be seen. For example, it appears likely that any commitments to maintain EU rights on employment after Brexit will not now be contained in the Wab, but will be laid out in separate legislation.

The Wab, expected to be published on Friday, will be amended to include another symbolic legislative element – barring the government from extending the post-Brexit transition period beyond the end of 2020.

While Brexit remains a primary focus, in an echo of the simple, repetitive Conservative messages of the election campaign, Johnson and his ministers are seeking to hammer home their policies on supporting the NHS.

On Wednesday, Johnson hosted NHS frontline staff for a reception at Downing Street, telling them they were “doing an incredible job”.

Citing election-familiar and much-disputed promises to build 40 new hospitals and have 50,000 more NHS nurses, Johnson told the staff: “We are now putting the biggest investment in the NHS in living memory. We have to keep that investment going. We have to keep supporting you.”

Emphasising the message, the health secretary, Matt Hancock, used the first major speech by a cabinet minister since last week’s election to talk up the policy of a partial reintroduction of bursary grants for student nurses.

Answering questions after the speech in London, Hancock denied that the government was being forced to clear up its own mistakes, after the Conservatives abolished student nurse bursaries in 2016.

The announcement of the grants of up to £8,000 a year follows repeated warnings about falls in the number of would-be nurses since the Conservatives abolished the bursaries, also making student nurses pay tuition fees of up to £9,000 a year.

But Hancock denied the plan was an admission of error: “This training grant is different to the offer previously. It is more targeted, and in the last few years, when it hasn’t been in place, we have seen the number of nurses increase by 5,000 in the last year. That is good, but 5,000 a year is about half the rate we need to be at to be reaching 50,000.”

He said the announcement had been rushed through ahead of the 15 January deadline for university applications. The money, which begins in September 2020, will also be available for those part-way through courses.
Add Comment