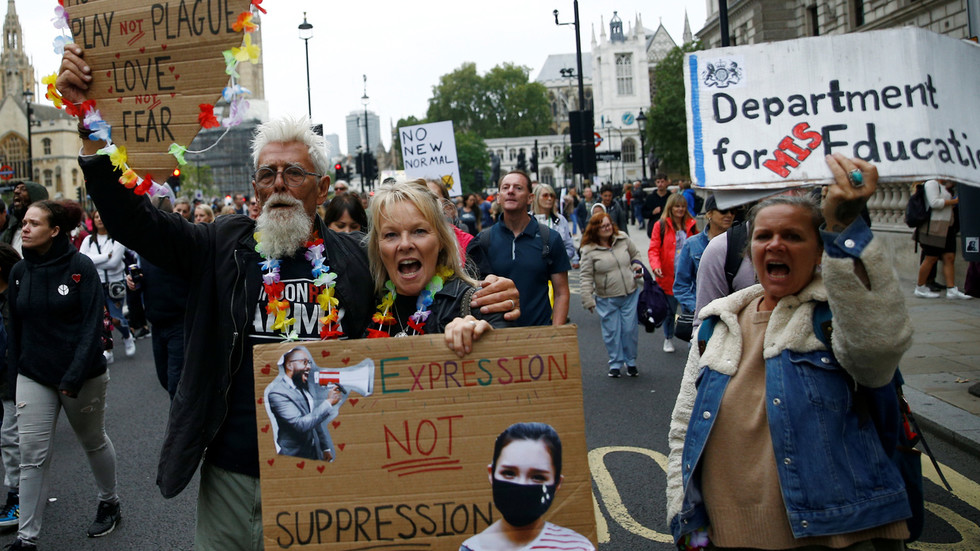 The British government is considering the introduction of tighter social restrictions in England, as the fight against the second wave of coronavirus intensifies, a junior minister has admitted.
Speaking on Sky News, Junior Health Minister Helen Whately responded to questions concerning a ‘total social lockdown’ which had been reported in the Times earlier on Monday morning. The ‘social lockdown’ was reportedly presented to the cabinet’s Covid strategy committee last week.

The health minister asserted that “this is the moment when we have an opportunity – we have a choice for the country – to get this back under control.”

Whately also said the government did not want to introduce further restrictions but would be keeping an eye on Covid spread rates across the UK and would act accordingly.

The UK has seen a substantial rise in cases over the last fortnight, with 5,693 new cases reported on Sunday; many of the most affected areas are already in a localised lockdown.

The Times claimed that the government was mulling emergency plans to ban socializing in response to the alarming spread of the second wave. Proposed measures reportedly included a two-week shutdown of all pubs, bars and restaurants, as well as indefinite bans on inter-household socializing indoors.

Meanwhile, workplaces such as shops, factories and offices would remain open. Whately neither confirmed nor denied the reports in the Times, noting that “we were looking at what we might be able to do.”

The developments come amid growing opposition to the government’s introduction of local lockdowns and the reintroduction of social-distancing rules. On Saturday, thousands gathered in Trafalgar Square for a ‘We Do Not Consent’ rally, which saw 16 arrested following scuffles with police.
#Covid  #Coronavirus
Add Comment