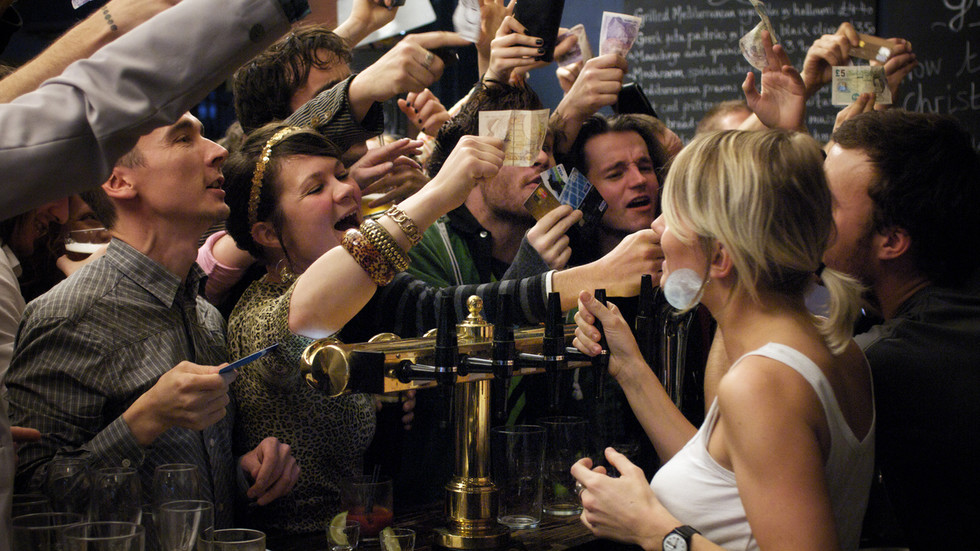 Welsh fined for trips to work but not for pub crawls

Workers in Wales now face fines for unnecessary trips to their jobs but can freely enjoy pub crawls and social life, according to controversial new legislation aimed at curbing the spread of the Covid-19 Omicron variant.
“No person may leave the place where they are living, or remain away from that place, for the purposes of work or to provide voluntary or charitable services,” reads the recently amended guidance.

The new “work from home” rules apply to the non-essential workers who can work from home “where practicable” and, according to First Minister Mark Drakeford, are designed “to help control” Omicron’s rapid spread and “to prevent large numbers of people needing hospital care.”

Offenders face a £60 fine which can be cut to £30 if paid within two weeks following the date of the notice. A company might be forced to pay a £1,000 fine for each offense and £10,000 “in the case of the fourth and any subsequent such fixed penalty notice received.”

The rules come into force on December 27. While outlawing non-essential trips to work, they do not ban various sorts of social activities, including visiting pubs and restaurants.

The nation’s Labour-run government’s decision to charge workers for trips to work has angered the Wales Trade Union Congress.

“A worker is not responsible for their place of work, their employer is,” Wales TUC General Secretary Shavanah Taj said in a statement, adding that imposing fines on workers sets a “really worrying precedent.” She expressed hope that the Welsh government would urgently repeal the measure.

The new fines are not the only grounds for criticism of the government’s announcement.

“From Monday, Welsh residents will be liable to a fine of £60 if they go to work in their office. They may, however, legally spend all day in the pub,” Conservative MP for Clwyd West David Jones wrote on Twitter.

He also pointed to the fact that prior to issuing a fine, police would have to assess if a person could actually work from home instead of going to the office.

There have also been some concerns voiced about the potential risk of completely deterring many people from work, but despite all these issues, the new measures have obviously added to Wales’ popularity on social media.

“Trying to avoid politics… but love Wales. 60 quid fine for going to work if it’s not essential, but pubs are open and you can go mingle… the priority choices!” one of the commenters said on Twitter.
#COVID-19  #Covid
Add Comment