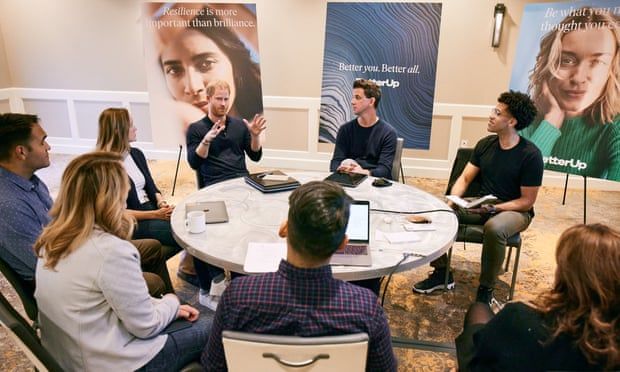 A leading Commonwealth charity which has the Queen as its patron is promoting the online coaching business that employs Prince Harry as its chief impact officer.

The coaching, by BetterUp, is described as “truly phenomenal” in testimony by one user on the website of the Queen’s Commonwealth Trust (QCT). Prince Harry was previously president of the trust.

While Harry stepped back from royal duties in February last year, the partnership reveals how his royal connections are still proving helpful as he forges a new career in the US.

One branding expert said the endorsement was valuable publicity for the startup, which is now valued at $4.7bn (£3.5bn) and is described as “the largest mental health and coaching company in the world”.

Officials from the charity said last week that the charitable partnership was one of several agreed with organisations with the goal of providing support to young social entrepreneurs across the Commonwealth. About 1,000 young leaders are said to have been offered free coaching under the arrangement and the charity says on its website it will be “rolling out” the collaboration more widely this year.

David Haigh, chief executive of the London consultancy Brand Finance, said: “Any company which is supported by the Queen’s Commonwealth Trust is going to gain credibility, and this will be of economic value.” He said a careful due diligence process would have been required to ensure the charitable partnership with an American startup was appropriate.

The trust’s partnership with the firm, under which young leaders are given free access to the coaching platform, is prominently displayed on the charity’s website. A testimonial from one of the young leaders who has benefited from the coaching says: “The 3 staff members who have signed up have all been completely blown away by how much we are learning and growing.” 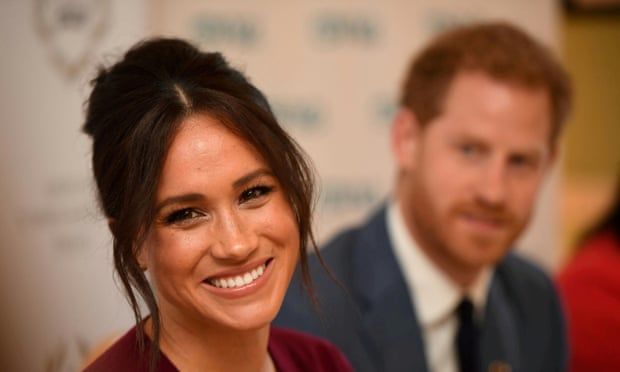 The Duchess of Sussex with Harry at a Queen’s Commonwealth Trust roundtable in 2019. The prince is the trust’s former president.

BetterUp said in a blogpost on its website last year that it was working with the Queen’s Commonwealth Trust, but the exact terms of the arrangement, the duration of the partnership and the number of people who will benefit have not been disclosed. The initiative is part of a “Pledge 1%” movement, under which the firm donates 1% of its coaching to communities.

Chris Kelly, chief executive of the QCT, says in a press release on the charity’s website: “Working with BetterUp will make a massive difference for us. The collaboration with BetterUp means [the charity] can add this to the package of support we offer our young leaders.”

The QCT was launched on 21 April 2018, funded by money from the now defunct Queen’s Trust and Diamond Jubilee Trust. An inaugural statement read: “Our mission is simple. We champion, fund and connect young leaders who are working hard to change the world.”

Harry was appointed president, and Meghan, the Duchess of Sussex, became vice-president the following year. The couple resigned from these positions in February 2021 when it was confirmed by Buckingham Palace they would no longer be working members of the royal family.

Charity accounts show QCT raised £796,106 in the financial year ending March 2021, while paying staff costs of £787,314, including nearly £420,000 to its five most senior executives. It has faced challenges in raising funds during the pandemic and hopes to increase its number of financial supporters. The charity has its headquarters in London, and the model Naomi Campbell joined last year as a global ambassador.

Harry joined BetterUp in March last year. The San Francisco-based company was founded in 2013 and is a mobile-based platform offering coaching to employees. The cost of individual subscriptions is not advertised on the website, but reportedly range from $249 to $499 a month.

The charity said: “QCT is fortunate to benefit from multiple charitable corporate partnerships, all of which, through gifts in kind, enable the charity to enhance the support it offers young social entrepreneurs across the Commonwealth.

“One of the charitable partnerships QCT is grateful to have is with BetterUp, a collaboration which came about through BetterUp’s chief impact officer, Prince Harry, the Duke of Sussex, the former president of QCT, who remains a friend of the charity. All gifts in kind are published in the charity’s annual report and accounts.”

BetterUp said: “Our collaboration with QCT includes offering 1,000 young leaders free access to BetterUp’s full coaching platform, so that they are better prepared for the pressures of becoming an entrepreneur, and so that their creative ideas can become reality.”