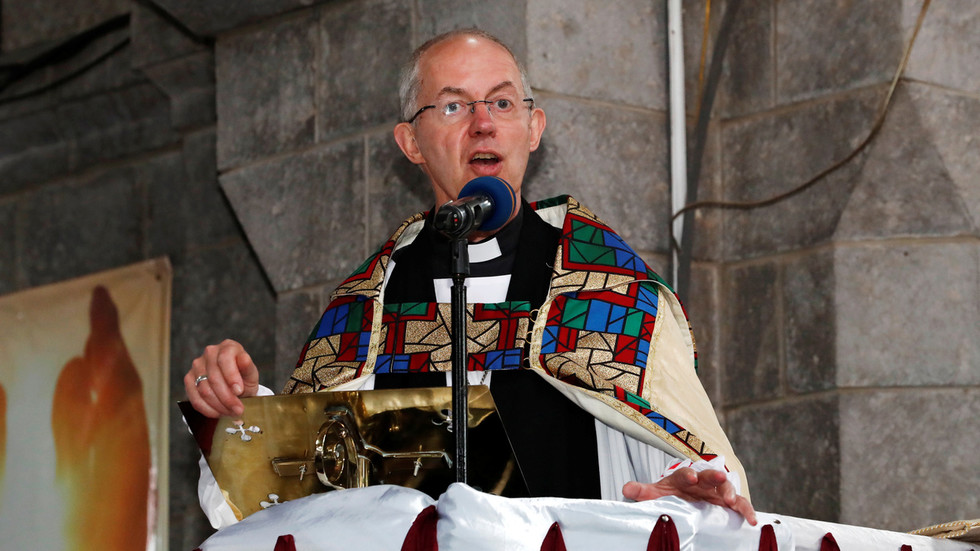 ‘We can’t erase the past… we have to learn from it’: Archbishop of Canterbury decries cancel culture

In a rare break with protocol, the Archbishop of Canterbury has defended the right to freedom of speech amid an ongoing row about the showing of cartoons of the Prophet Mohammed.

The head of the Church of England, Justin Welby also described cancel culture as a “huge threat” to the future of the institution.

His comments come after a cartoon of the Prophet Mohammed was shown at a school in Batley, West Yorkshire, to spur discussion. Instead, it provoked outrage among some Muslims, both locally and further afield, and the teacher responsible has reportedly gone into hiding.

Welby acknowledged that the UK’s Muslim leaders were “very upset”, but was grateful they had spoken out against the “violence and threats”.

He also discussed the toppling of statues, including that of slave trader Edward Colston in Bristol last year, amid a groundswell of anti-racist sentiment, and said that history was there to serve as a lesson and should not be erased.

“We can’t erase the past. It’s impossible,” he said.

The archbishop also spoke out against cancel culture on university campuses, describing it as anathema to the institutions’ purpose of fostering the free exchange of ideas.

“It seems to me very, very dangerous, because you start with cancelling some views that you dislike and, very quickly, you are cancelling everyone who disagrees. It’s a very dangerous process.”

His comments were welcomed online, with some pointing out the exceptionalism displayed when it comes to public discussion of the prophets of different religions.

Welby also denied claims that he married Meghan Markle and Prince Harry in secret three days before their royal wedding, as the Duchess of Sussex claimed in an interview with Oprah Winfrey, insisting they had legally tied the knot in public on Saturday, May 19, 2018. He refused to divulge the details of any prior meetings with the couple.