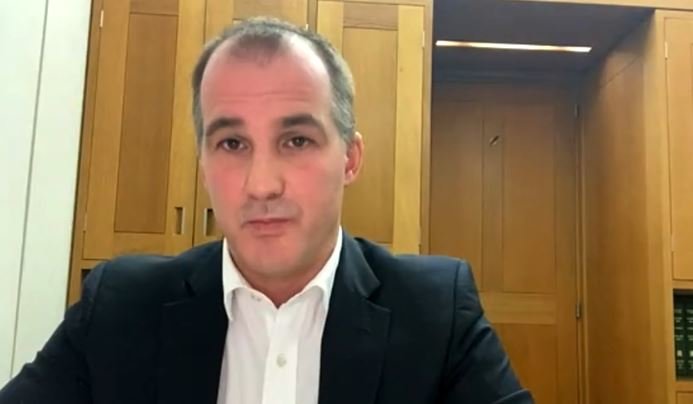 "We are governing via fear," thanks to the coronavirus pandemic, says a prominent northern Conservative MP.

Jake Berry, who leads a group of MPs representing the North of England, called for Boris Johnson to set out a route out of Covid restrictions.

Parts of the region have been under strict measure since July, when other areas saw relaxations.

The MP for Rossendale and Darwen, in Lancashire was minister for the Northern Powerhouse initiative, until earlier this year.

Asked whether he thinks the prime minister has delivered on his election promises to people in the North of England, he told Nick Robinson: "No, he absolutely hasn't done it yet, but he does have a real opportunity to seize the moment and deliver for the North."

He added: "If we don't regain that spirit of radicalism and va-va-voom that we had when we came into the office, I think people might say it's time to give the others a go."

In October, Mr Berry and other Conservative MPs in northern English seats launched a campaign, the Northern Research Group, to ensure the prime minister sticks to his general election promise to boost their regions.

The group has previously called for a route out of lockdown.

Mr Berry acknowledged that the data on coronavirus infections made it inevitable that much of northern England, including his Lancashire constituency, had to remain in tier three, when the measures were reviewed this week.

But, he said: "People who run businesses in Lancashire and all over this country are perfectly capable, as are members of the public, of looking at datasets and spotting trends.

"So give us hope, because ultimately Boris Johnson and the government won the election on showing a brighter future for the people across the North of England.

"But in truth, because of coronavirus we are governing via fear and if we want to change the economy of the North of England and get to the other side of Covid, we need to inject hope again. We need a bit more optimism to get out of this crisis."