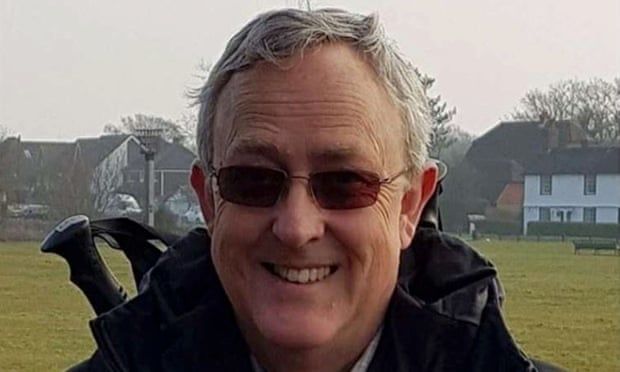 David Wightman found in the Cairngorms after being separated from his companion in bad weather
A hiker has been rescued after surviving two nights lost and alone in the Scottish Highlands, having become separated from his walking partner.

David Wightman, from near Southend-on-Sea in Essex, found himself in an increasingly desperate situation on the walk he had started on with his companion Colin Marshall.

The pair were hiking in the area of Ben Macdui – about 60 miles inland of Aberdeen – and were heading to Corrour bothy when they lost touch amid difficult weather conditions on Friday.

Marshall managed to raise the alarm and a search and rescue operation was launched. Wightman, who managed to find some shelter, was eventually found by students who had heard he was lost.

“I just have a huge debt to all of these people. It’s been quite a humbling experience,” he told BBC Scotland. “I lost visibility. My mistake at that point was not shouting or whistling, in the certainty in my mind that I knew which way he’d gone.”

He decided to find somewhere to keep warm and out of the wind while working out his next move.

He said: “I was able to get through 12 hours of darkness and stay reasonably warm. There were some quite severe shivering fits in the middle of the night. I kept my head torch on in case there was anything coming out to look, but [there was] no sign of any search that night.

“Not knowing what the situation was with my friend I could only keep my fingers crossed he actually got to shelter. I now know that he did do that.”

Braemar, Cairngorm and Aberdeen mountain rescue teams were called out when Marshall raised the alarm, alongside police and search and rescue dogs.

On Saturday, he faced another night in the open and he even spotted the helicopter and its searchlights – but was not seen by rescuers, despite waving his poles.

After walking to a meeting point between two valleys, he eventually heard people shouting his name. Four students from Aberdeen University escorted him to shelter.

The Maritime and Coastguard Agency said: “At approximately 8.45pm on 8 October, HM Coastguard were alerted to an overdue walker south of Braemar.

“The search and rescue helicopter from Inverness was sent to assist in a multiagency search alongside Police Scotland teams and mountain rescue teams. The overdue walker was located at approx midday on 10 October by the helicopter.”
Add Comment