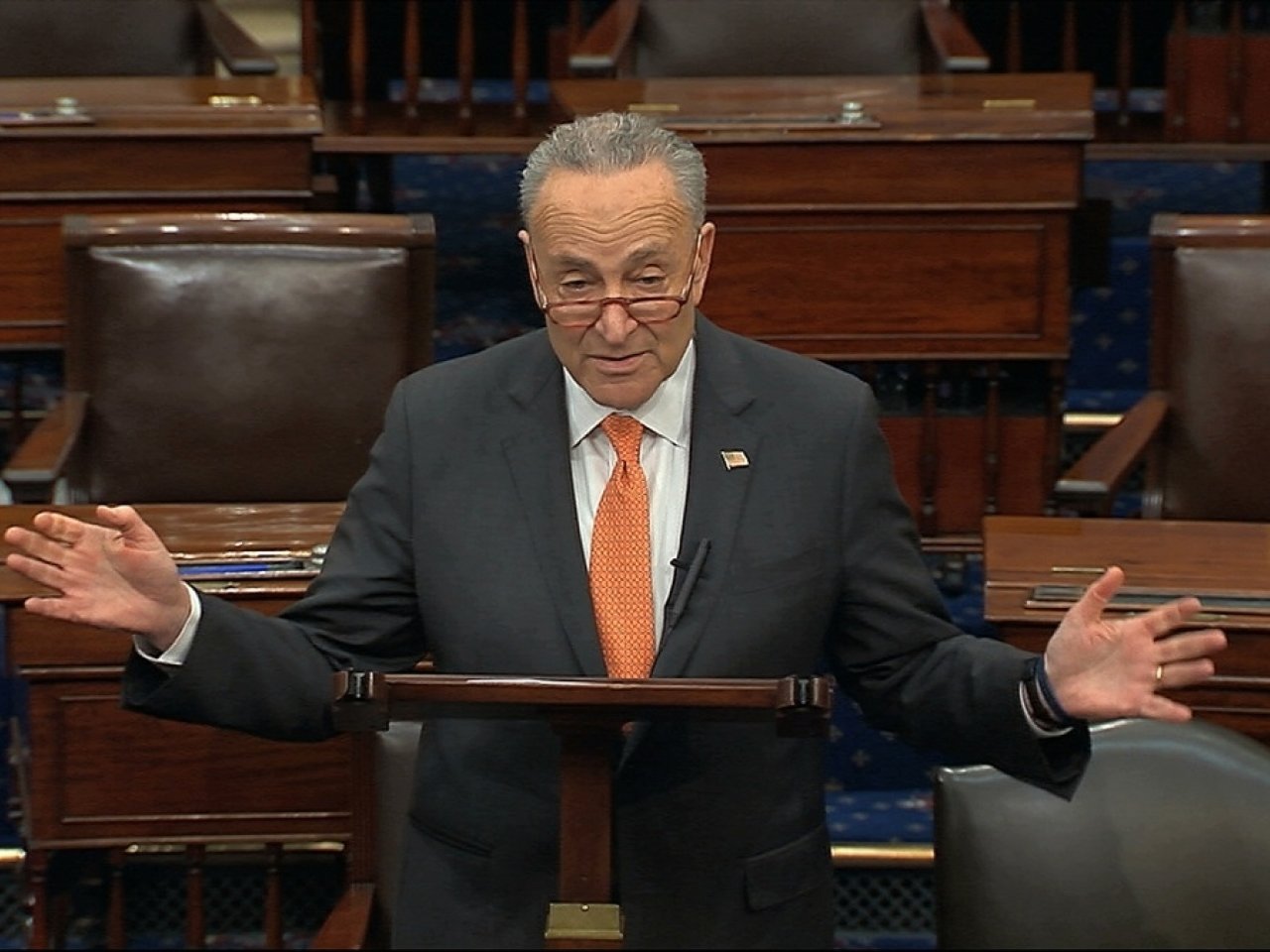 Democrats on Monday again blocked a nearly US$2 trillion rescue package for the teetering US economy, highlighting a bitter partisan battle over how to best protect struggling Americans and crippled businesses from the ravages of coronavirus.
With the deadly pandemic spreading rapidly and forcing entire states including New York and California into lockdown, Capitol Hill was under immense pressure to pass legislation that injects a historic amount of federal funding to prevent a devastating economic collapse.

Despite intense negotiations between Republicans, Democrats and President Trump's administration, the roll call was 49-46, far short of the 60 votes needed to advance.

Five senators, all Republicans, did not vote because they are in self-imposed quarantine. One of them, Rand Paul, tested positive for coronavirus on Sunday.

The chamber's top Democrat, Senator Chuck Schumer, insisted the negotiations were continuing, including with Treasury Secretary Steven Mnuchin, and the two sides were inching towards a viable compromise.

"We're very close to reaching a deal. Very close. And our goal is to reach a deal today," Schumer told the chamber.

"We are hopeful, even confident, that we will meet that goal."

Those remarks however came before the vote, and the Senate's Republican leader, Mitch McConnell, vented his fury afterwards at Democrats for their "absolutely mindless obstruction" while Americans are waiting for Congress to act.

Minutes earlier McConnell was seething at Democrats for what he called "fiddling" about specifics of what ultimately may be the largest emergency rescue package ever passed by the US Congress.

And he warned that without rapid agreement, the Senate may take until the end of the week to pass a rescue package.

"The markets are tanking once again... because this body can't get its act together," he said.

Wall Street went further into the red after the vote, with the Dow closing 3 percent lower, down almost 600 points.

As the crisis deepened, House Speaker Nancy Pelosi, the top Democrat in Congress, said her caucus would unveil its own plan later on Monday, potentially complicating matters further.

The Republican bill "put corporations first, not workers and families," Pelosi said as she unveiled highlights of a Democratic plan, including strengthened unemployment insurance, "desperately needed funds" for hospitals and opposition to stock buybacks.

Democrats say McConnell's plan would pump hundreds of billions of dollars into US corporations with insufficient oversight, and no requirement that the companies keep their workers on payroll.

Democrats have also warned that the bill as proposed does not bar corporations from using the taxpayer funds to buy back stocks or increase executives' pay, something some Republicans, including Trump, publicly oppose.

Meanwhile the Federal Reserve launched an unprecedented effort on Monday to flood the US economy with money -- Mnuchin said the measures would provide US$4 trillion in needed liquidity -- amid the chaos caused by the coronavirus pandemic.

Some forecasters project a 14 percent contraction in the April-June quarter while the global economy could shrink 1.5 percent this year.
#Coronavirus  #Joe Biden
Add Comment