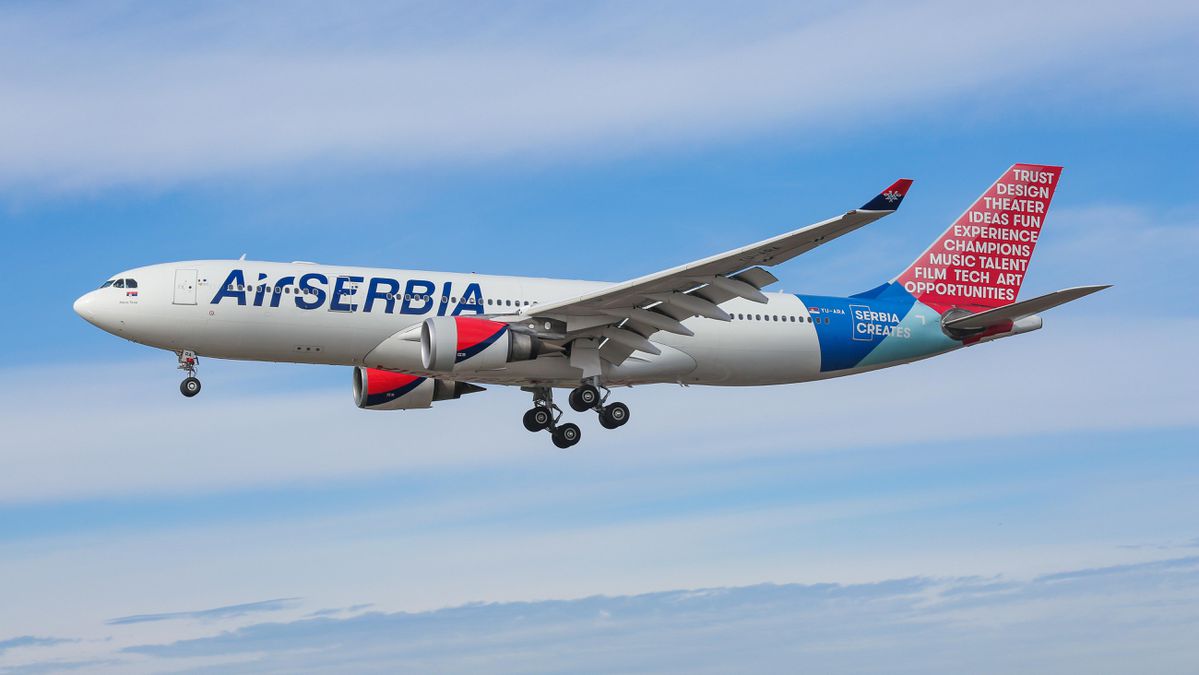 US Covid-19 Travel Bans, How Americans Europeans Skip Them In Serbia

There are two U.S. travel bans. There’s the one locking Americans out of Europe. And the one waged by Donald Trump to stop anyone who has spent the previous 14 days in Europe’s Schengen countries visiting.

Here’s why: Some countries outside of the EU/Schengen travel ban zone (even some within the EU) are open to American travelers. One of them is Serbia. At least it remains so for now.

As National Geographic noted this week, “There’s an exception open to Americans too: Serbia, not yet part of the E.U., reopened for tourism on May 22.”

Despite the current escalating coronavirus situation in the country, “All Covid-19 related entry restrictions are lifted for both Serbian and foreign citizens,” confirms the U.S. Embassy in Serbia. Negative Covid tests and special permits are no longer required to enter the country it says. Self-isolation is not required.

That said, “Travelers should be prepared for restrictions to change with little or no advance notice,” it warns. Particularly given the escalating infections, and unrest, in the country.

Before I go any further let me also spell out: The current U.S. Level 4 travel advisory warns against all international travel. On top of many other considerations that make such an idea unwise, there are insurance risks.

But there’s no stopping some people in their tracks. For the past couple of weeks, I have heard talk in traveler communities of Americans flying into Serbia to visit sweethearts, or for other purposes. Or simply to satiate the travel itch.

And I’ve learnt of travelers in Europe and the UK using Serbia as a kind of midway ground for getting into the United States. That’s after spending the required 14 day period in the Balkan country ahead of their trip.

I personally understand that some people have pressing needs to travel, including for love. And respect their decision to balance the risks against the door that is open to them. As long as they are not placing other people’s lives in danger by doing so. Or their own. For Serbia now has its own Covid-19 problems to deal with. And political strife linked to that.

The country of 7 million has reported some 17,770 corona cases and 370 deaths. Hospitals are at full capacity during the current spike in infections. Critics blame this on the government’s lifting of stricter rules. While the government says it owes to a lack of respect for social distancing rules. There’s been no mention of how the open borders and international flights may have impacted the spread. The EU delegation in Serbia has not answered my question along those lines.

Finnish Anne Lahtinen and her American husband-to-be were thinking of meeting up in Serbia. But now they have serious reservations. Even more so after current violent protests over possible further coronavirus lockdown measures.

“If we have no other choice maybe, but I’m afraid Serbia will close before we get there,” she says “... and there are riots and rising Covid cases so it’s risky. We have three weeks to decide ahead of his annual vacations. But I don’t know if my fiancé can get travel insurance. There are so many uncertainties.

“It’s so sad that so many couples need to risk their health just to be together. Besides we don’t want to travel to a foreign country and burden their health care system.”

Lahtinen says it has been “almost like a full-time job” over the last months, trying to work out where and how to meet up. And thousands of transatlantic and other couples are in the same boat. “I’ve been contacting different countries and borders, and our plans have changed so many times already.”

Croatia Too Open To U.S. Travelers

There’s a new way to (legitimately) sidestep the EU ban if you are wanting to travel in Europe, or meet up with partners. Croatia has opened its borders to American travelers: Tourists, business travel, couples, students and others are welcome. The U.S. Embassy in Zagreb urges travelers to review the government information first to ensure you qualify. There is a very strict obligation to “announce your arrival to the Croatian authorities” ahead of a trip, the consular service tells me. And to reserve accommodation.

Here’s a checklist of what you need to:

1. Complete the travel registration form and await a confirmation email from uz.covid@mup.hr

2. Be ready to show accommodation booking/receipt on arrival

3. Note the government introduced a new requirement on July 10 to show a negative Covid-19 test on arrival too taken in the past 48 hours.

4. Have all other documents to prove your reason for travel as outlined in this story.

Landing In Serbia, Croatia Doesn’t Guarantee You Entry Into EU

Don’t think for a minute you can use those countries as a springboard into the EU. All EU members I am aware of are enforcing the travel ban on America, Brazil and other red list countries. Only those on the safe list are allowed in. Bar some exceptions being introduced by Denmark for couples and workers.

Others too may relax the rules for some categories of travelers in coming weeks, in line with EU urging. For now most U.S. residents are blocked from the Schengen zone. It’s not based on where you were in the past fortnight, but your residency. Of course you can fly into the U.K.–but will still face quarantine on arrival.

Ty Rocker is a New Yorker who flew to Serbia in late June to reunite with his Hungarian girlfriend. He was hoping to go from there to Hungary but the latter is still closed to American nationals. “Nationality still matters at this time re entry into the EU,” he says.

Serbia Now Being Shut Out From Some EU Travel

Besides, the chances of moving on into the EU from Serbia just got a whole lot slimmer. With the sole exception possibly being Croatia.

Serbia was one of around 14 countries given a green light to EU travel when the bloc lifted border restrictions for some on July 1. But member states can do as they choose, particularly if they see a rising threat posed by a specific country. They can shut down or reopen borders as they see fit. Most Schengen countries were yet to open them to Serbians.

As infections in the Balkans country steadily soar, Greece and the Netherlands have already re-closed borders to Serbia. Stymieing any existing hope of traveling on to those two countries from Belgrade.
Add Comment