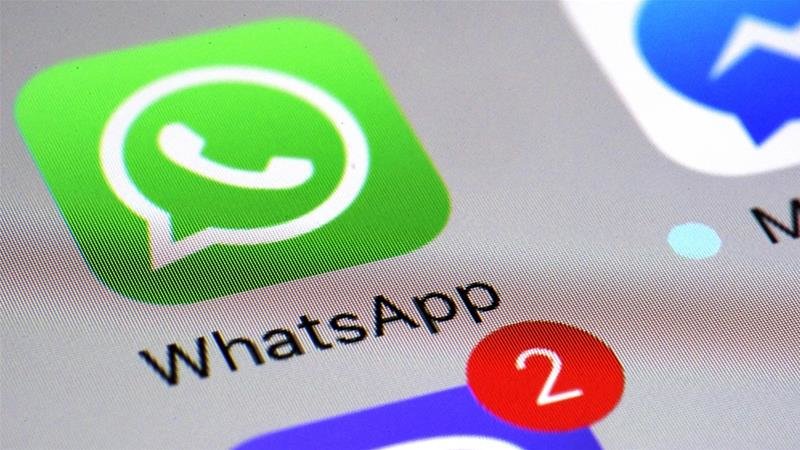 Victims are spread across at least 20 countries on five continents, sources close to the investigation told Reuters.
Senior government officials in multiple countries allied with the United States were hit earlier this year with hacking software that used Facebook Inc's WhatsApp messaging system to take over users' phones, according to people familiar with the company's investigation.

Sources familiar with WhatsApp’s internal investigation into the breach told the Reuters news agency that a “significant” portion of the known victims are high-profile government and military officials spread across at least 20 countries on five continents.

Many of the nations are US allies, the people said.

The hacking of a wider group of top government officials' smartphones than previously reported suggests the WhatsApp cyber-intrusion could have broad political and diplomatic consequences.

Israeli surveillance firm NSO Group was the target of a lawsuit filed by WhatsApp on Tuesday. The Facebook-owned firm alleged that NSO Group built and sold a hacking platform that exploited a flaw in WhatsApp-owned servers to help clients hack into the mobile phones of at least 1,400 users between April 29, 2019, and May 10, 2019.

The total number of WhatsApp users hacked could be even higher. A London-based human rights lawyer, who was among the targets, sent Reuters photographs showing attempts to break into his phone dating back to April 1.

While it is not clear who used the software to hack officials' phones, NSO has said it sells its spyware exclusively to government customers.

Some victims are in the US, United Arab Emirates, Bahrain, Mexico, Pakistan and India, said people familiar with the investigation. Reuters could not verify whether the government officials were from those countries or elsewhere.

Some Indian nationals have gone public with allegations they were among the targets over the past couple of days; they include journalists, academics, lawyers and defenders of India's Dalit community.

NSO said in a statement that it was "not able to disclose who is or is not a client or discuss specific uses of its technology." Previously it has denied any wrongdoing, saying its products are only meant to help governments catch groups involved in violent campaigns and criminals.

Cybersecurity researchers have cast doubt on those claims over the years, saying NSO products were used against a wide range of targets, including protesters in countries under authoritarian rule.

Citizen Lab, an independent watchdog group that worked with WhatsApp to identify the hacking targets, said on Tuesday at least 100 of the victims were civil society figures such as journalists and dissidents, not criminals.

John Scott-Railton, a senior researcher at Citizen Lab, said it was not surprising that foreign officials would be singled out as well.

“It is an open secret that many technologies branded for law enforcement investigations are used for state-on-state and political espionage,” Scott-Railton said.

Prior to notifying victims, WhatsApp checked the target list against existing law enforcement requests for information relating to criminal investigations, such as violent campaigns or child exploitation cases. But the company found no overlap, said a person familiar with the matter. Governments can submit such requests for information to WhatsApp through an online portal the company maintains.

WhatsApp has said it sent warning notifications to affected users earlier this week. The company has declined to comment on the identities of NSO Group's clients, who ultimately chose the targets.
Add Comment