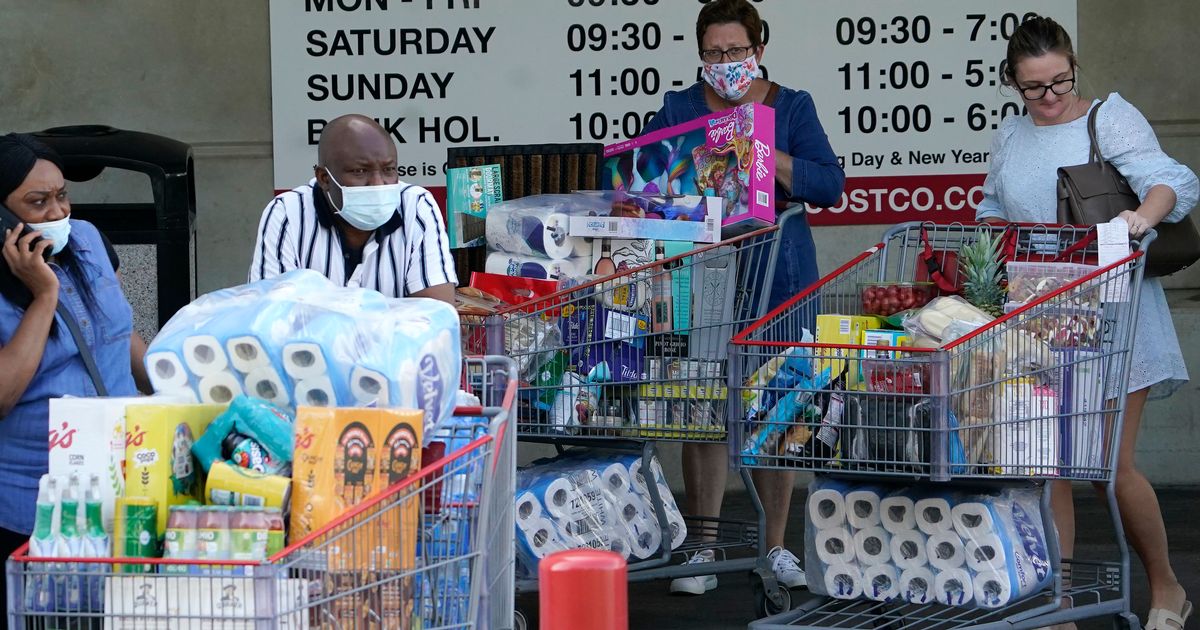 It seems like a lifetime ago when we were all desperately trying to find essential items in our supermarkets.

Toilet roll, pasta, rice and soap were just some of the products in short supply at the start of the pandemic as shoppers began to stockpile.

Despite the attempts of major supermarkets to try to squash the worries we'd run out of food, many ignored this message and greedily bought way more than they needed.

Many months have passed since restrictions were in place at supermarkets, but with the latest announcement from Boris Johnson announcing small new coronavirus restrictions, it seems some have reverted back to their old ways.

For more news and features about London directly to your inbox sign up to our newsletter here.

Pictures from Costco in Purley could be mistaken for scenes back in March when lockdown was first announced.

The store, on Imperial Way, was teeming with shoppers today (Tuesday, September 22). Pictures show them leaving with their trolleys full to the brim with products - leading to fears that stockpiling could soon be a regular occurrence once again.

The Primer Minister announced today in the House of Commons that pubs and restaurants will have to close at 10pm from Thursday (September 24).

The PM also abandoned the strategy of getting people back to work by asking those who can work from home to do so. Retail staff, users of taxis and private hire vehicles, and staff and customers in indoor hospitality (except when at a table) must wear face masks, and shops and businesses are to be held liable for breaches.

The rule of six has also been 'tightened'.

Mr Johnson said: "Now is the time to tighten up the rule of six.

"I’m afraid that from Monday, a maximum of 15 people will be able to attend wedding ceremonies and receptions.

"Though, up to 30 can still attend a funeral as now. We will also have to extend the rule of six to all adult indoor team sports."

It seems that his speech sparked the stockpilers to head to the South London Costco. Here are pictures from outside the store today.

The pictures are from the Purley Costco off Imperial Way on Tuesday, September 22