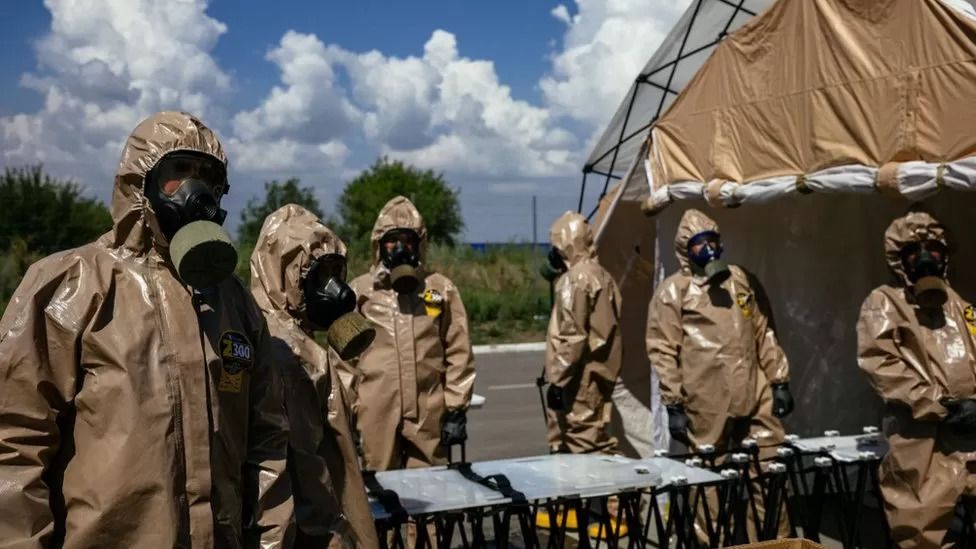 Britain, France, Germany and the US have stressed the need to ensure the safety of nuclear installations threatened by the conflict in Ukraine.

In a phone call on Sunday, the four leaders also reiterated their support for Ukraine against Russia's invasion.

Moscow and Kyiv have accused each other of shelling a Russian-held nuclear plant, raising fears of a catastrophe.

"Russia could try to do something particularly disgusting, particularly cruel," he said in a weekend address.

"One of the key objectives of the enemy is to humiliate us," he added, but "we have to be strong enough to resist all provocation".

The conflict was the subject of a conference call on Sunday bringing together the UK's Boris Johnson, US President Joe Biden, his French counterpart Emmanuel Macron and German Chancellor Olaf Scholz.

Following its conclusion, they urged military restraint around the Russian-controlled Zaporizhzhia nuclear power station in southern Ukraine, where renewed fighting has led to fears of disaster worse than that in Chernobyl in 1986.

The leaders welcomed a deal - approved by Russian President Vladimir Putin on Friday - to allow UN inspectors to visit the plant at a future date.

The four leaders also said they had "agreed that support for Ukraine in its defence against Russian aggression would be sustained".

Ukraine reported more missile strikes on Sunday, notably in the town of Nikopol, near the Zaporizhzhia power station.

On Saturday, a fresh drone attack targeted Russia's Black Sea fleet in the city of Sevastopol in Russian-annexed Crimea. The Russian authorities there said a Ukrainian drone had been shot down.

Several drone strikes have been reported in Crimea in recent days, including one on an airbase near Sevastopol on Thursday and another on the harbour on Friday.

Earlier in the month, nine Russian jets were destroyed at a Russian military base on Crimea's western coast.

The peninsula was invaded and annexed by Russia in 2014 and Ukraine has vowed to retake it. However, Kyiv has not confirmed or denied involvement in the recent attacks.

In Russia itself, the daughter of a close ally of President Putin, the ultra-nationalist philosopher Alexander Dugin, was killed in a suspected car bombing late on Saturday.

Darya Dugina, 29, died after an explosion on a road outside Moscow.

It is thought her father, who is known as "Putin's brain", may have been the intended target of the attack.

Both had been guests at a patriotic festival. Aleksandr Dugin's writing about the need to restore the Russian empire is believed to have inspired President Putin. 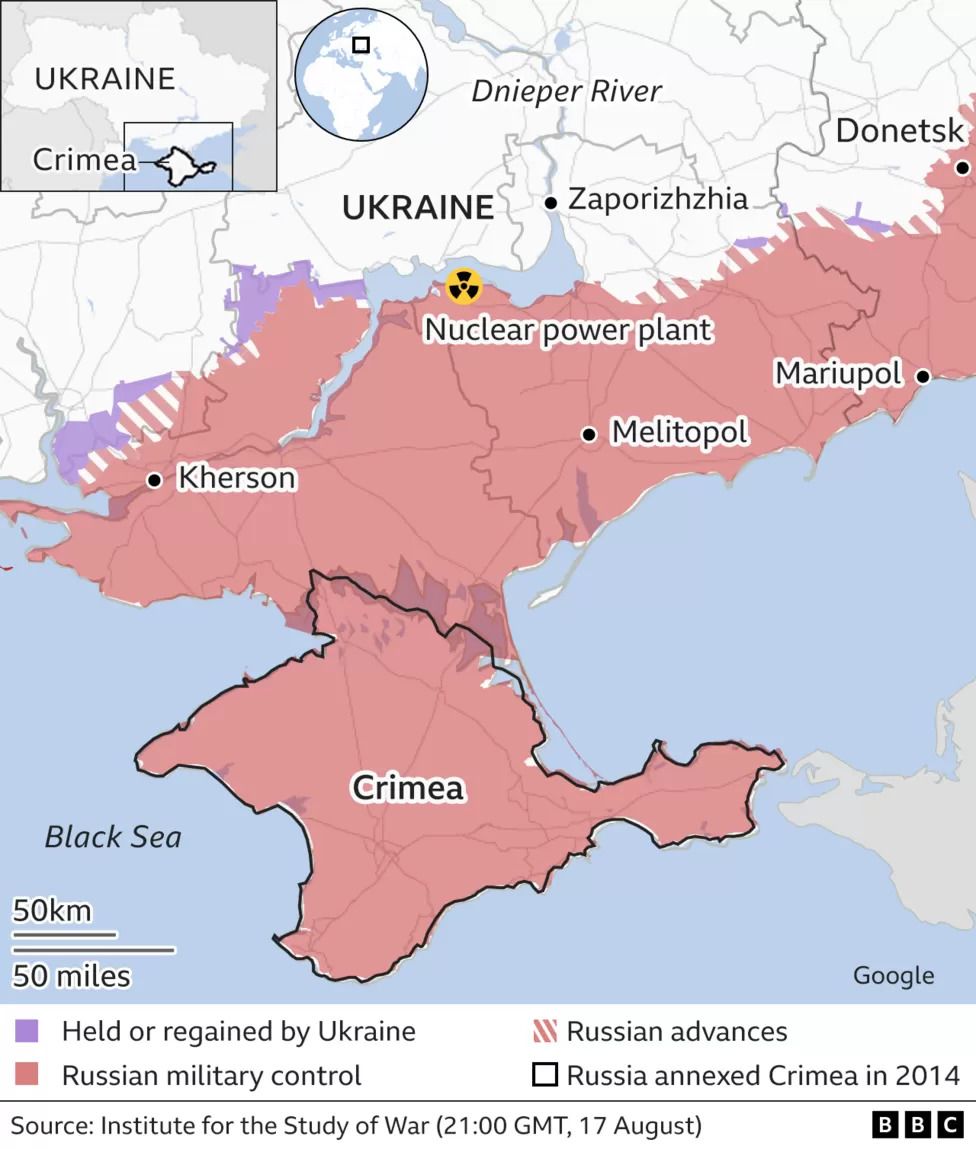