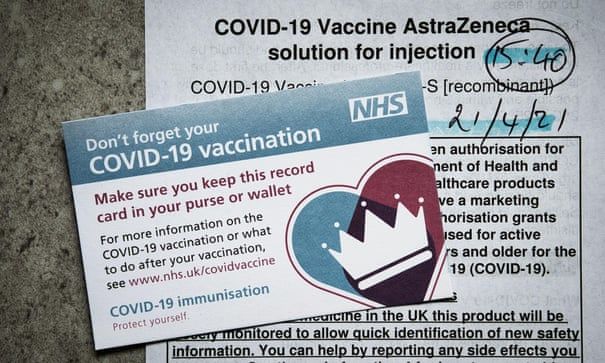 Plans to make Covid documents a requirement of entry to mass events are likely to be dropped as the government grapples with how it can safely lift the final set of restrictions in England within weeks.

Ministers have been investigating making coronavirus status certificates compulsory in some settings for months, following the lead of Israel, which introduced a “green pass” for people to demonstrate their low-risk of having or transmitting the disease.

As the UK’s vaccination programme continues at greater speed than most countries, questions in Whitehall have focused on how best fully to reopen sectors such as theatres and nightclubs, and restart spectator events including festivals and concerts, without social distancing.

But the Guardian has been told that status documents, which would display proof of vaccination, a recent negative test result, or antibodies, are unlikely to be introduced ahead of 21 June – the final stage of Boris Johnson’s roadmap out of lockdown when all legal limits on social contact are due to be scrapped.

In February, the prime minister announced a review into Covid status certificates – suggesting they could be used in places such as pubs. But the investigation team, led by Cabinet Office minister Michael Gove, later dropped the idea of the documents being required in hospitality settings or any “essential” shop.

Government sources with knowledge of the review have suggested that plans to make the documents a legal requirement are likely to be axed. One said the certificates are “not happening on current thinking” – pointing to Israel preparing to ditch its “green pass” for domestic settings from 1 June – while another said it was an “open secret”.

A third insider stressed that the documents were likely to be used only for international travel, but that the NHS app – which people can use to prove their vaccine status when heading abroad – is continuing to be developed to include negative test results.

The scheme is said not to have been abandoned completely and could be brought back later in the year, if necessary. 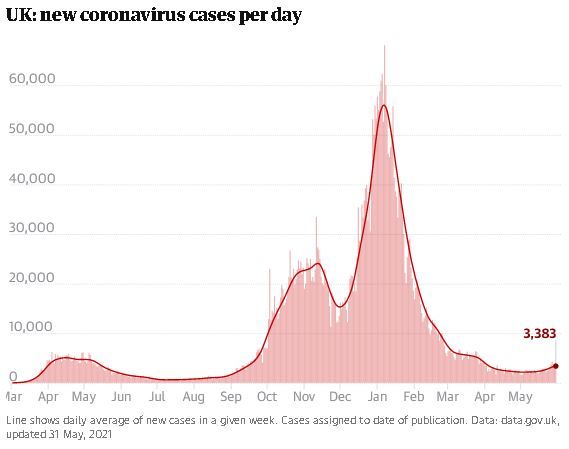 Among reasons for the diminishing interest cited in a report in the Daily Telegraph are that the NHS app could not have been used by foreign visitors and that some people have medical exemptions to getting jabs, with the added complication of children still not being eligible for a vaccine.

The Covid status certificate plan was dealt a severe blow last month, when trials at several mass events were ditched after a “massive backlash”.

Dozens of Conservative MPs have also raised concerns about the plan publicly, and several more have privately, with Johnson facing a backlash that could effectively have wiped out the government’s majority in the Commons.

While businesses are still free to draw up their own schemes, so long as they comply with equalities legislation, the Guardian revealed in April that the Equality and Human Rights Commission warned the documents could amount to unlawful discrimination.

Gove said this week the decision about introducing Covid status certificates remained “finely balanced” and stressed the potential downsides, including “the cost, and the hassle factor”.

A government spokesperson said: “The Covid status certification review is ongoing and no final decisions have been taken yet. The chancellor of the duchy of Lancaster will update parliament after recess.”