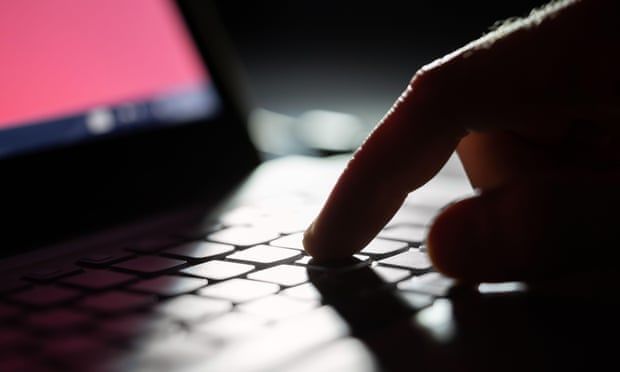 Gen Sir Patrick Sanders says rivals are using cyberspace to fuel conspiracy theories and sow division
Britain’s enemies are attempting to use social media to tear the “fabric of society apart”, one of the country’s top generals has warned.

In a candid interview about cyberwarfare, Gen Sir Patrick Sanders said the threat was not like that seen in films where power plants are targeted.

Speaking to the Sky News Into the Grey Zone podcast, the head of Strategic Command said: “In some respects, the most important, most relevant use of cyberspace is that the real power is in influence and not in sabotage.

“What you’re seeing are our adversaries, our rivals, exploiting the tools that are meant to make for a more utopian society – so things like social media – against us, fuelling conspiracy theories and really sowing division and tearing the fabric of society apart.

“You could go so far and describe it as almost fuelling a civil war inside some of these societies.”

Sanders said that offensive cyber – striking against enemies before they inflict damage on Britain – was “unquestionably” one of the ways in which the military was “protecting our democratic processes”.

He added that, with countries such as Russia and China switching to “non-military means of activities” to secure their aims, the “most important weapons don’t necessarily fire bullets”.

Sanders’ comments came after a report published last year by MPs on the intelligence and security committee found there had been “credible open source commentary” suggesting Russia tried to influence the 2014 Scottish independence referendum. Ministers also hope to counter misinformation about coronavirus and its vaccines.

GCHQ’s director, Jeremy Fleming, also interviewed on the podcast, said the UK was ready to strike and had the tools to hack into the phones of adversaries engaging in cyberwarfare.

“We might deploy capabilities to counter individual criminals or serious and organised crime gangs and that could include … getting on to their phones or the technology they are using,” he said.

Fleming suggested the UK had not yet used an “offensive cyber” on another state.

Asked whether it had been deployed against another nation, he said: “We’re able to say that it’s available to governments to use in that context.”

The men went into detail about how cyber-attacks on Islamic State, as well as supporting rebels on the ground, helped to bring down the self-declared caliphate in Syria and Iraq.

British forces and security experts were involved in disabling laptops and phones and even meddling in the terrorists’ communications networks to spread confusion among Isis troops, they said.

“They either couldn’t trust the messages that were coming to them or they weren’t working,” Sir Patrick said.

Much of the work was carried out from GCHQ’s headquarters in Cheltenham, thousands of miles away from where the fighting was playing out.

Fleming added: “We tactically disrupted the communication of Daesh’s fighters on the battlefield at times and that gave the military commanders the element of surprise, enabled them to adopt a different posture in that combat.”
#Coronavirus  #Vaccines
Add Comment