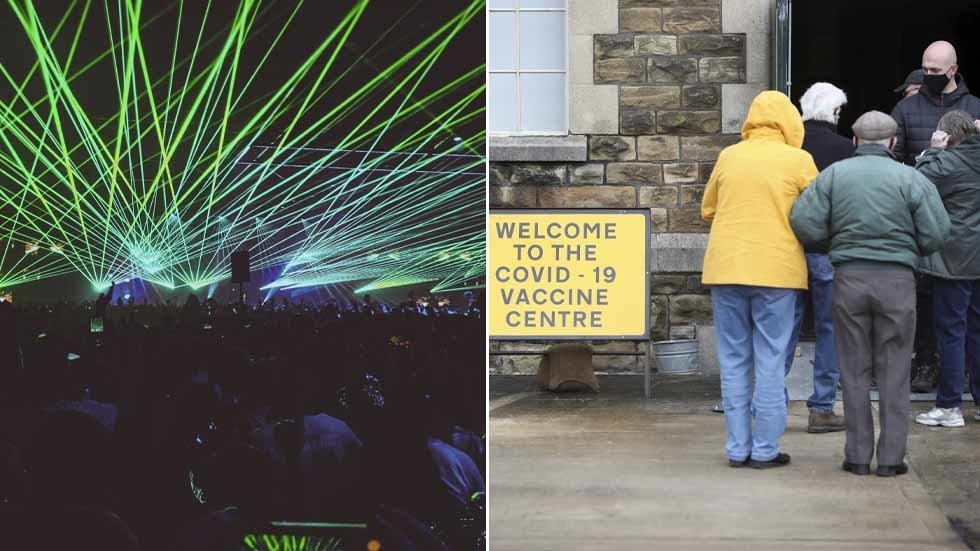 Police officers in the UK who were tipped off about an alleged “illegal rave” showed up to find that it was actually just a group of old-age pensioners queuing for their Covid-19 vaccinations.
“Three police cars” arrived at a hall in Southend, England after receiving the false tip about a rave taking place, but instead found the queue of old people waiting outside for the vaccine, the local Echo News reported.

The chairman of the hall, Dennis Baum, told the website that instead of a “rave,” officers only found "80 and 90-year-olds on wheelchairs, zimmer frames and walking sticks, patiently queuing for their vaccinations."

Essex Police, however, didn’t mention any tips about an illegal rave in their own statement, claiming that they had received “reports of congestion at the vaccination centre.”

Rave or no rave, the vaccination centre was plagued with plenty of other problems on the day, including cold weather, one elderly person turning up an hour and 20 minutes early, shortages, and even a different vaccine turning up than expected (while the AstraZeneca shot had been expected, it was the Pfizer one that appeared).

Illegal raves have, however, been a huge problem in the UK since the start of the coronavirus pandemic, with groups of hundreds – and even thousands – of young partygoers ditching social distancing in favour of a night out all across England, Scotland and Wales. Covid-time raves have also been reported in Ireland.

The UK has already vaccinated millions of people, with the rollout plan prioritizing health and social care workers, along with the elderly and vulnerable.
#COVID-19  #vaccine  #Pfizer  #AstraZeneca  #Covid  #Coronavirus
Add Comment