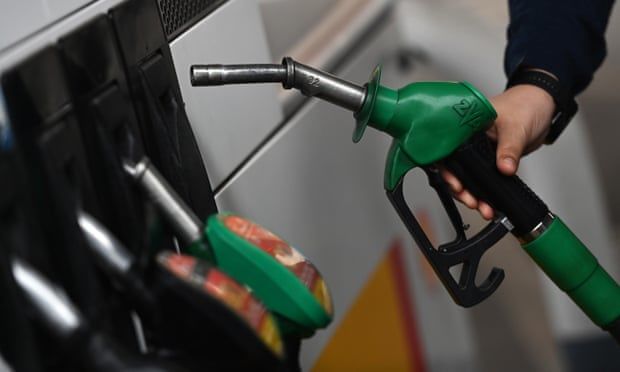 RAC attacks big retailers for pushing up cost of living as oil prices soar because of Russia-Ukraine crisis
Fuel prices on forecourts have hit a record high, piling further pressure on motorists and businesses and adding to the soaring inflation at the heart of the UK’s cost of living crisis.

The motorists’ organisation RAC blamed the rise on profiteering by petrol retailers and stubbornly high oil prices caused by tension between Russia and Ukraine.

“The relentless rising price of fuel is hurting households up and down the country, furthering the cost of living crisis,” said the RAC fuel spokesperson, Simon Williams.

The threat of an invasion of Ukraine by Russia – one of the world’s largest oil producers – has helped drive a rally in the price of the fossil fuel, which was already recovering ground lost to the coronavirus pandemic.

However, the RAC accused big forecourt operators of needlessly inflating prices for motorists.

“While the price of oil is still close to $100 a barrel, wholesale fuel prices don’t merit further retailer rises across the board at the pumps,” Williams said.

“We realise that smaller retailers who don’t buy fuel as frequently will be hit by higher wholesale costs but the biggest retailers who buy all the time shouldn’t currently be increasing their forecourt prices. We urge them to play fair with drivers at this difficult time.”

“Tension between Russia and Ukraine is still weighing heavy on the oil price but there is now a glimmer of hope that more oil may come on to the market from Iran due to a possible nuclear agreement with the US to end sanctions,” he added.

Increased fuel prices are likely to exacerbate the cost of living crisis, which is being driven by higher energy prices and tax rises. Inflation has reached a 30-year high of 5.5% and has been predicted to reach 8% in April.

“As a business that ships throughout the UK, we rely heavily on the courier network, which will inevitably pass on the rising fuel prices in what is termed the ‘fuel surcharge’. The big question is, do we pass that on to our own customers?

“Wherever we can, we try to absorb these costs as much as we can but margins are being squeezed everywhere. Something has to give and, unfortunately, smaller businesses, as ever, are the ones to suffer.”

As prices at the pump hit new highs, the trade union Unite signalled the possibility of fresh disruption because of a pay dispute with ExxonMobil, which owns the Fawley oil refinery that provides about a fifth of the UK’s road fuel.

Unite has begun balloting about 100 workers at the Hampshire site, warning that strike action could follow in April unless Exxon improves its “insulting” pay offer.

The union said members employed by three contractors on the Fawley site – Trant Engineering Ltd, Veolia Services and Altrad Services – had been “stunned” by an offer of a 2.5% pay increase for the next two years, given inflation is at 5.5%.

Unite’s general secretary, Sharon Graham, said: “The employers need to take back this insulting pay offer, which is actually a cut, and think again.

“Our members have mounting bills to pay like everyone else, and with runaway inflation there is no way we will accept a derisory 2.5% for this workforce … They deserve so much than this from Exxon, which is making money from oil and gas hand over fist.”

An ExxonMobil spokesperson said: “We understand this matter relates to ongoing pay negotiations between members of the Unite the Union and their respective employers, which provide third-party contracting services to our operation at Fawley.

“We hope that all parties can work together to reach a swift and amicable resolution.”
#Coronavirus
Add Comment