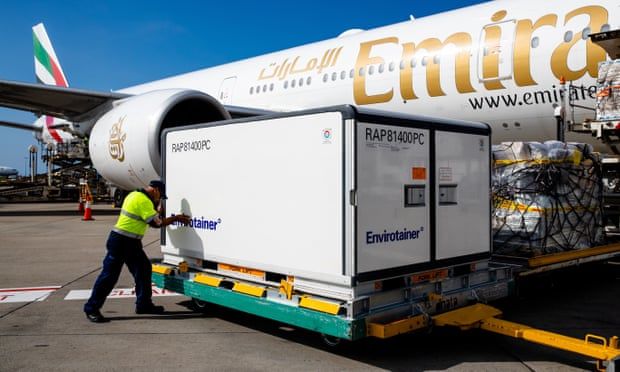 Downing Street will not confirm or deny report that more than 700,000 Covid jabs were sent after EU blocked export

British ministers and officials did not deny that more than 700,000 shots of the AstraZeneca vaccine were secretly dispatched from the UK to Australia a few weeks ago as the EU blocked the drug’s export.

The Sydney Morning Herald reported that 717,000 AstraZeneca doses were dispatched in late February and March from the company’s British operations – also during a period when the EU was demanding the vaccine from the UK.

When asked about the report, Downing Street said: “Producing vaccines is an international endeavour and the UK is proud to be playing a leading role in the global effort to develop and distribute the coronavirus vaccine.”

A UK government spokesperson added: “The details of any commercial vaccine supply agreements between national governments and AstraZeneca are commercially sensitive and a matter for those two parties.”

The Herald said there had been two large shipments from the UK, first of 300,000 on 28 February with another following a few days after the EU formally blocked the export of 250,000 AstraZeneca jabs on 4 March. 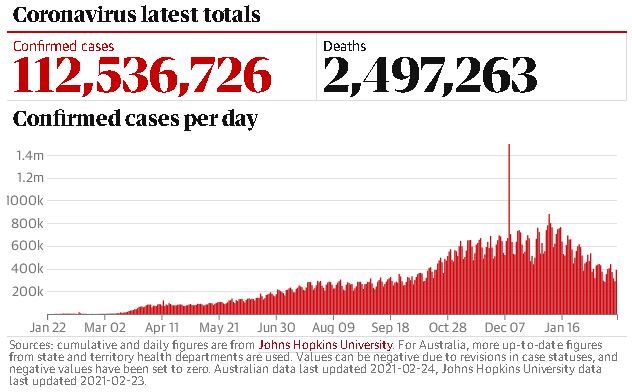 Matt Hancock, the UK health secretary, also did not deny AstraZeneca vaccines had been exported when asked by Sky News.

“In terms of what the companies do, these companies are manufacturing for all around the world and we source from everywhere in the world. So what I’m in control of, what matters for us as the UK government, is making sure that we get the supplies that we have got contracted from the companies,” he said.

The volume of doses – 717,000 – would be enough to cover 1% of the UK population, which has recorded 126,927 deaths from the pandemic. The virus is also widespread across the EU, where cases have remained relatively high this year.

By contrast, in Australia there is no community transmission of the virus. The country has recorded 909 deaths since the start of the pandemic.

Britain has refused repeated EU demands that it export some of the AstraZeneca vaccine made in the UK as the company’s plants on the continent of Europe have struggled to meet promised levels of production.

In response, Brussels has threatened to block exports of the Pfizer vaccine to the UK. No exports have been blocked from the EU to its neighbour but relations between the two over the issue remain tense.

Australia had ordered 3.8m doses of the AstraZeneca vaccine from overseas, and it had been thought the more than 700,000 that had arrived in the country had come from the EU. But the reports suggest this was not the case.

This week Scott Morrison, the Australian prime minister, said he had asked AstraZeneca to resubmit its export application and his government accused the EU of “arguing semantics” when it said it had only blocked the export of 250,000 doses.

Australia argues that AstraZeneca did not submit an export licence for more doses because the company knew it would be rejected. The EU said the shipment had been blocked because AstraZeneca was “not meeting its obligations in the EU”.

Italy had successfully objected to the export, arguing that Australia was “not vulnerable” because of its very low number of coronavirus cases – leaving Canberra apparently turning to the UK for its vaccination programme.

Separately, Australia announced people under 50 would now be recommended to take the Pfizer vaccine, following findings of the British and European regulators over concerns about the AstraZeneca vaccine causing blood clots.