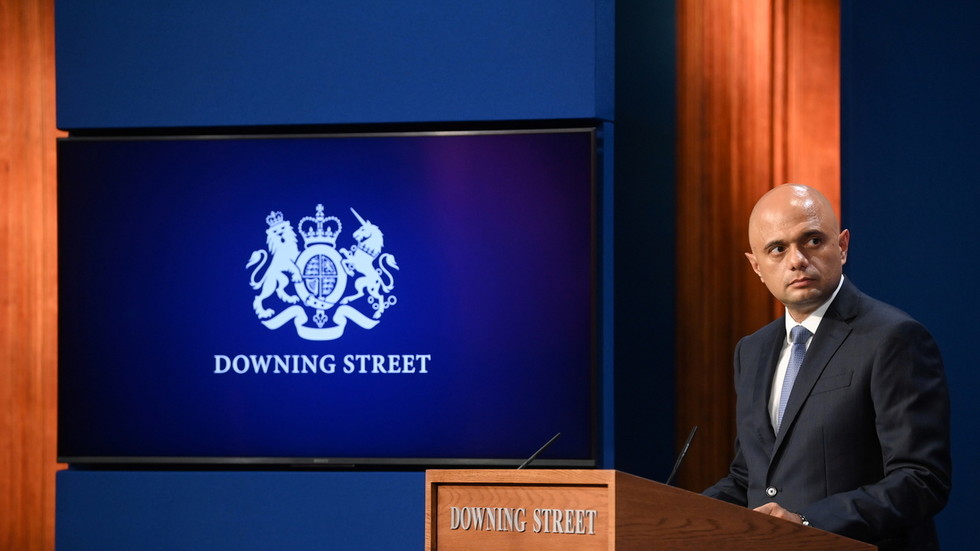 UK Health Minister Sajid Javid announced on Sunday that the government would not be introducing Covid-19 passports after a review on the matter and that it was not anticipating any more lockdowns.
During an appearance on the BBC’s Andrew Marr Show, Javid told host Nick Robinson that Brits would “get Christmas” this year – unlike in 2020 when families across the UK were told to stay apart from each other over the holiday season and celebrate virtually.

Javid declared he was “not anticipating any more lockdowns” over the autumn and winter period, claiming he could not “see how we get to another lockdown.” The minister added, however, that it “would be irresponsible for any health minister around the world to take everything off the table.”

Javid also announced on Sunday that the government would be ditching its plan to introduce a domestic Covid-19 vaccine passport for the time being.

“We just shouldn’t be doing things for the sake of it or because others are doing it,” Javid argued, noting that “most people instinctively don’t like the idea” of having to show documentation to do everyday errands.

“What I can say is that we’ve looked at it properly, and whilst we should keep it in reserve as a potential option, I’m pleased to say that we will not be going ahead with plans for vaccine passports,” he said.

After Robinson pointed out that several ministers – including the Covid-19 vaccine minister, Nadhim Zahawi – had said just several days ago that vaccine passports would be implemented in the near future and that it was the right thing to do, Javid rejected the suggestion that a U-turn had happened in response to rebellious, anti-restriction Conservative Party backbencher MPs.

There are 43.89 million people in the UK fully vaccinated against Covid-19, while 48 million have received at least one dose, according to government statistics.

According to The New York Times’ calculations, 66% of the UK is fully vaccinated, making it the 17th most vaccinated country overall.
#COVID-19  #vaccine  #Covid
Add Comment