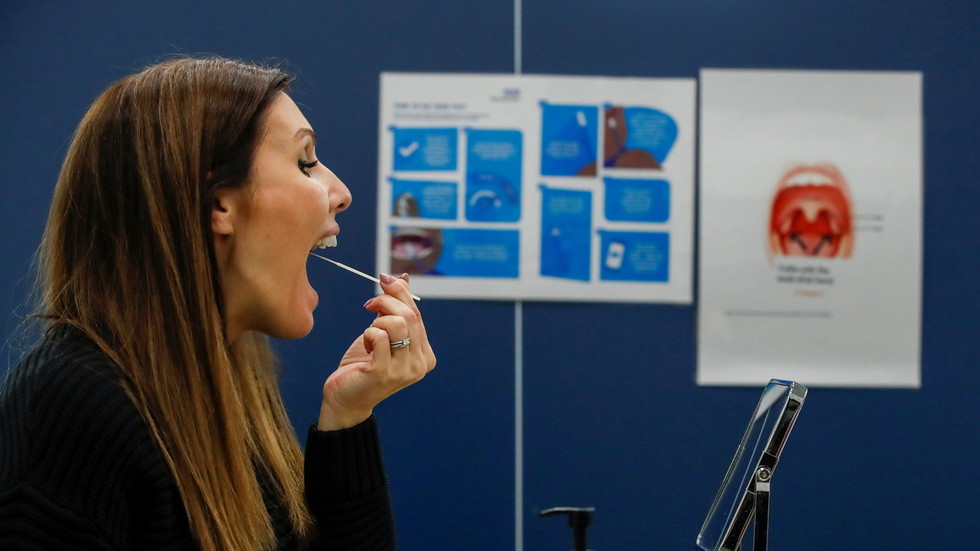 UK has ‘no plans’ to change rapid testing programme, after report of widespread false positives

The UK’s Department of Health and Social Care says it has “no plans to halt” rapid coronavirus testing, despite rumors that the testing programme would be scaled back due to false positive results.
There are “no plans to halt the universal programme,” the department stated on Thursday. “With around one in three people not showing symptoms of Covid-19, regular, rapid testing is an essential tool to control the spread of the virus...by picking up cases that would not otherwise have been detected.”

The programme in question was announced by Prime Minister Boris Johnson last week, and promises everyone in England access to two lateral flow coronavirus tests per week. These tests show results in less than 30 minutes and can be self-administered. The programme is the largest expansion of Johnson’s ‘Operation Moonshot’, a £100bn mass testing scheme, and is intended to prevent the UK’s economic reopening from leading to a surge in Covid-19 cases.

However, lateral flow tests are less accurate than the PCR tests generally used to detect the virus. Leaked government emails seen by the Guardian and reported earlier on Thursday reveal that in some parts of London, only between 2% and 10% of positive results are genuine. The tests are more reliable in areas with a higher prevalence of Covid-19, but nationwide, only 38% are thought to be accurate, according to the report.

The Guardian reported that senior government officials were considering scrapping the mass testing program in response to these figures.

The Department of Health and Social Care refuted these rumors, and insisted that lateral flow tests are reliable, telling the Guardian that “for every 1,000 lateral flow tests carried out, there is fewer than one false positive result.” However, data obtained by the BBC last month found that nearly one in five positive results can be false.
#COVID-19  #Covid  #Coronavirus  #Boris Johnson
Add Comment