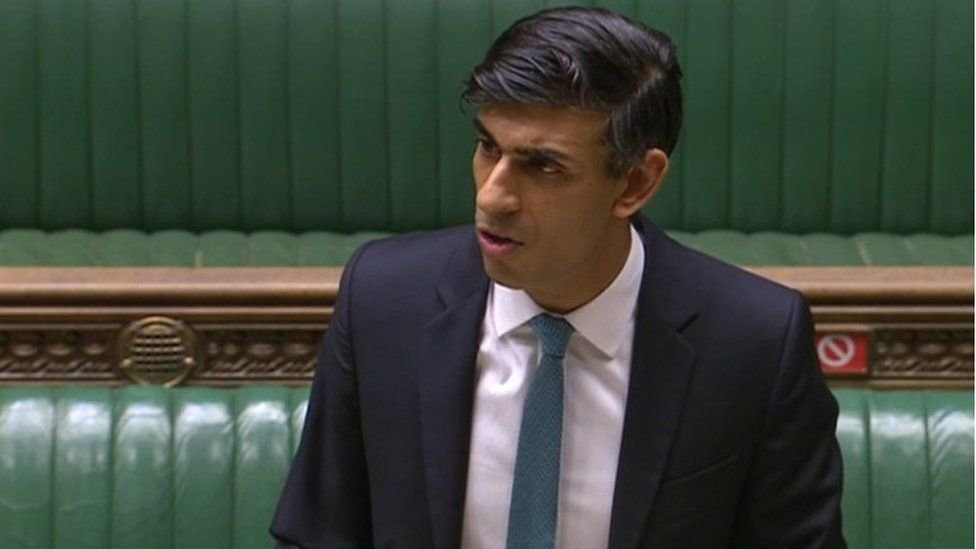 UK economy 'to get worse before it gets better'

The UK economy will "get worse before it gets better" as the country battles the pandemic, Chancellor Rishi Sunak has warned.

The chancellor told MPs the new national restrictions were necessary to control the spread of coronavirus.

However, he said they would have a further significant economic impact,

"Even with the significant economic support we've provided, over 800,000 people have lost their job since February," he said.

"Sadly, we have not and will not be able to save every job and every business.

"But I am confident that our economic plan is supporting the finances of millions of people and businesses."

The chancellor said "the road ahead will be tough", but maintained that the government was "taking the difficult but right long-term decisions for our country".

At the same time, three million people had benefited from self-employment grants.

Mr Sunak said he would "bear in mind" calls to extend business rate relief and provide further support for the hospitality sector at the Budget in March.

Shadow chancellor Anneliese Dodds accused Mr Sunak of being "out of ideas" and providing "nothing new".

She said: "The purpose of an update is to provide us with new information, not to repeat what we already know."

The chancellor's words reflect the fact that with a widespread lockdown, the first months of 2021 are likely to see a further contraction in the UK economy and probably an official double-dip recession. This reflects the physical shutdown nationwide of hospitality and retail, as well as the effect in the data of school shutdowns too.

In addition, consumers and workers are likely to be more cautious as the vaccine starts to be rolled out. So this is a very odd sort of economic tripwire. The challenge in the next weeks and months gets bigger, although not as big as it was last April. But beyond that, there is the hope of something normal.

The implication for the chancellor as he prepares a vital early March Budget, however, is further delay to the measures, such as tax rises, to deal with historic levels of pandemic government borrowing.