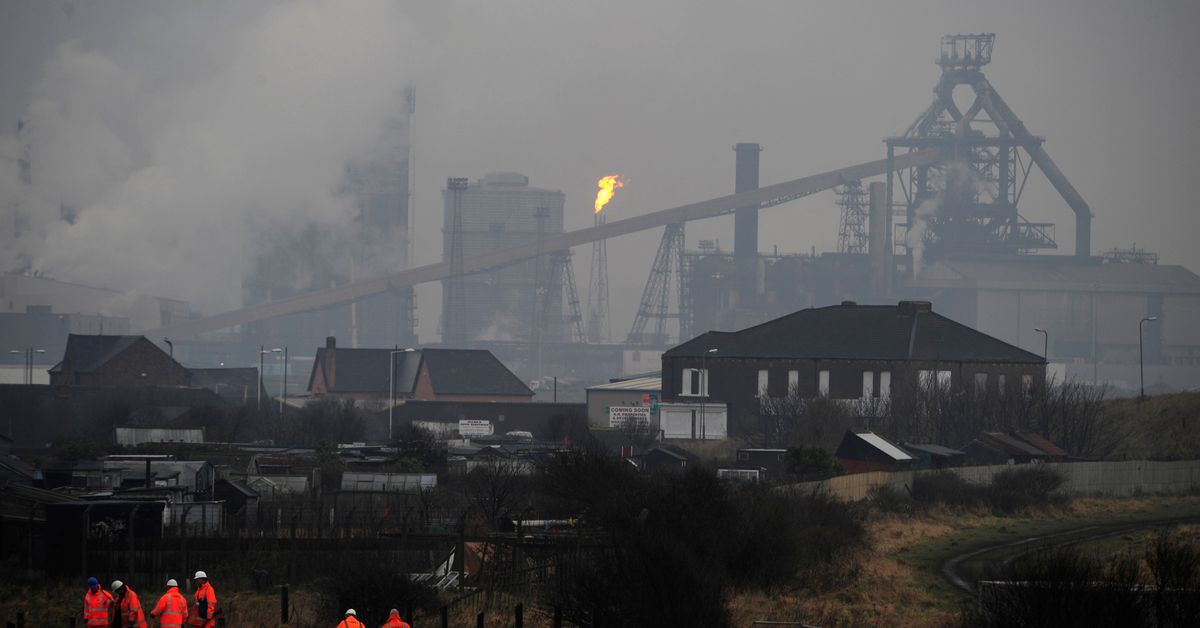 Britain's private sector slowed to a crawl in August as factory output fell and the larger services sector eked out only a modest expansion, adding to signs that recession may be looming, a closely watched survey showed on Tuesday.
However, inflation pressure remained high and the approaching downturn was unlikely to keep the Bank of England from raising interest rates again next month, economists said.

The S&P Global/CIPS Purchasing Managers' Index (PMI) composite flash estimate dropped to 50.9 in August from 52.1 in July, its lowest since February 2021 and close to the 50 level that separates growth from contraction.

Economists polled by Reuters had forecast the index would fall less sharply to 51.1.

While activity in the services sector almost held at July's pace, the manufacturing component tumbled to 46.0 in August from 52.1 in July, its lowest since May 2020 in the depths of the COVID-19 pandemic and below all forecasts in a Reuters poll.

Separate figures from the Confederation of British Industry, also released on Tuesday, showed the first fall in factory output since February 2021 and the weakest order book since April that year.

"Waning customer demand amid the weaker economic outlook, and shortages of both staff and inputs, were reported to have hit goods producers hard," S&P Global economist Annabel Fiddes said.

The BoE has warned that Britain too is likely to slip into a recession at the end of 2022 which will last until 2024 as energy bills are expected to push consumer price inflation above 13% in October.

Economists at Citi on Monday forecast that inflation would exceed 18% in January, when regulated household energy tariffs are due to rise again.

HSBC said Tuesday's figures sent mixed messages to the BoE for its decision next month on whether to raise interest rates by another half a percentage point, after it did so for the first time since 1995 earlier this month.

"The fall in manufacturing is ammunition for the doves, as are the trends in pricing," HSBC economist Elizabeth Martins said. "But strong demand, employment and staff costs in the sector that accounts for 80% of GDP - services - also looks hawkish."

There were some signs of easing inflation pressures in other parts of the economy, reflecting a fall in prices of some raw materials such as metals.

However, the CBI numbers showed a pick-up in manufacturers' pricing intentions as they braced for higher energy costs.
#COVID-19  #Covid
Add Comment