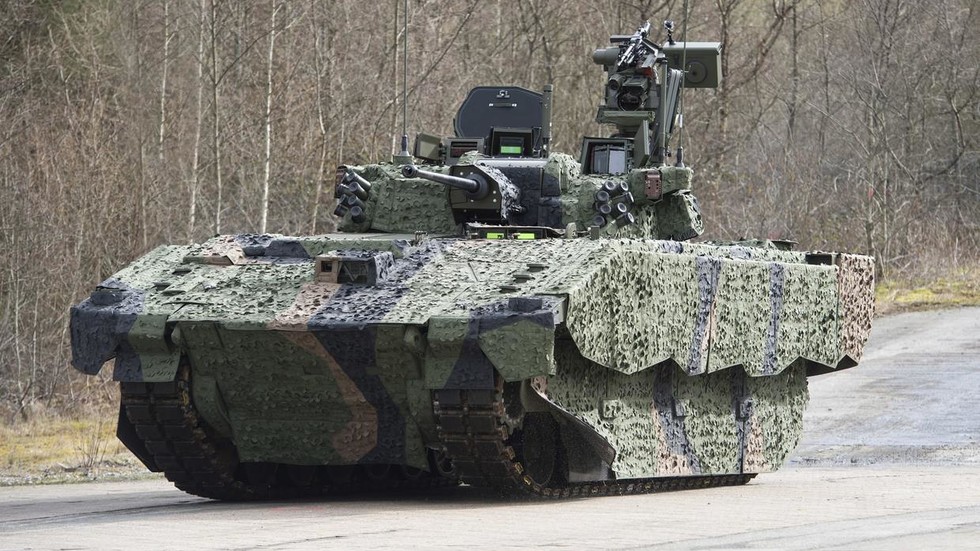 A top defence chief has received £120,000 ($161,306) in bonuses since 2018 despite having overseen the spending of millions of pounds on tanks that can’t be used and left hundreds of soldiers needing medical attention.
Sir Simon Bollom, who serves as the Ministry of Defence’s (MoD) head of defence equipment and support, was handed the significant bonus on top of his £280,000 ($376,381) per year salary. Bollom oversaw the spending of £5.5 billion ($7.39 billion) on the tanks that caused hearing problems in soldiers.

According to government figures, reported by the UK’s Daily Star newspaper, the military chief was paid an extra £120,000 since 2018 despite significant failures and delays in multiple projects.

Currently, the MoD is believed to be running behind on 13 significant projects, including the delivery of the new Ajax tanks, on which the ministry has already wasted billions.

The too-loud tanks have been barred from use until they can be redesigned due to the impact they’ve had on soldiers’ hearing. Excessive noise and vibration caused by the vehicles are believed to have left over 300 soldiers in need of medical attention.

The Daily Mail newspaper reported in September that the issues surrounding the Ajax tanks could end up costing the British Army hundreds of thousands of pounds in compensation claims. If soldiers can prove their careers were cut short by the issues arising from the Ajax tanks, lawyers have claimed the MoD could face legal action for exposing “them to an unreasonable risk of harm.”

The MoD defended its decision to hand Sir Simon the bonus, telling the Daily Star that “performance-related payments are based on meeting a number of challenging targets alongside assessment from the DE&S Board Chair and MoD Permanent Secretary.”
Add Comment