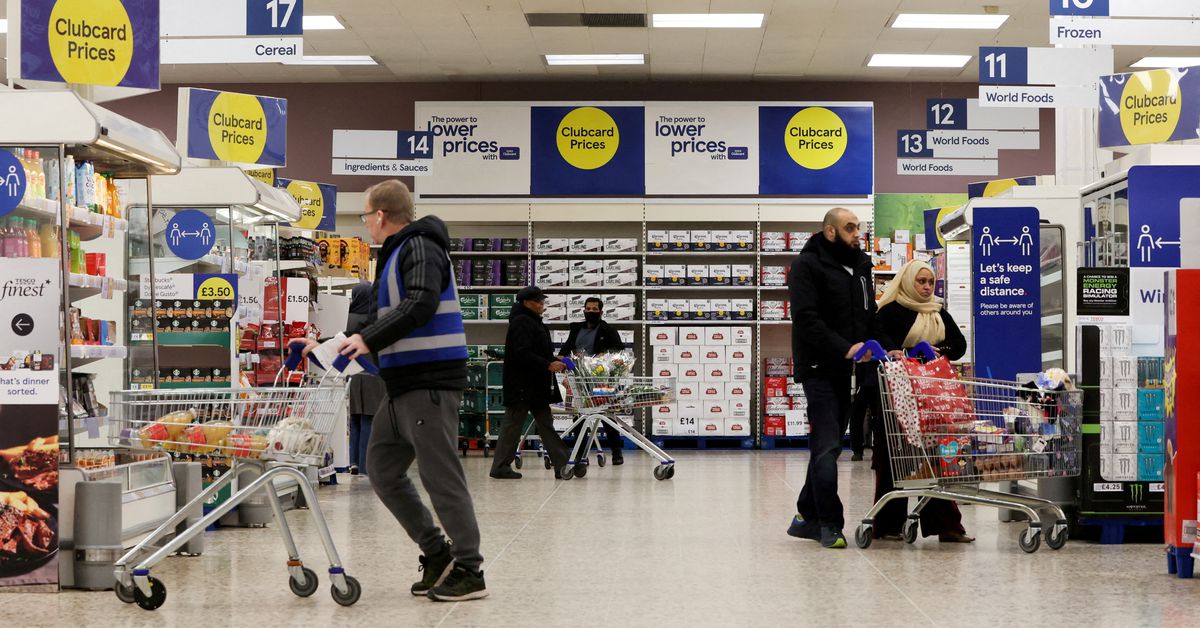 The final version of the S&P Global UK Composite Purchasing Managers' Index fell to 49.1 in September from 49.6 in August, the lowest reading since January 2021. Any reading below 50 means a contraction in activity.

While the reading was an improvement on a preliminary "flash" reading of 48.4, services companies that comprise the bulk of the private-sector economy were the least positive about the outlook since May 2020, early in the pandemic.

A trading update from Tesco (TSCO.L), Britain's biggest retailer, added to the sense of unease hanging over the economy which is flirting with recession.

The supermarket chain forecast full-year profit at the lower end of its previous guidance, blaming uncertainty over how a worsening cost-of-living crisis would affect consumer spending.

With consumer confidence at record low levels, new car registrations by private buyers in September were 3.6% lower than a year earlier, according to industry data on Wednesday.

Overall registrations were up 4.6%, reflecting strong business fleet demand. Car sales are still significantly limited by post-pandemic supply-chain issues and remain more than a third down on their level three years ago.

"But any boost to consumers' spending from this support looks set to be offset by the market disruption following (Kwarteng's) mini-budget," he added, citing rising mortgage costs and Bank of England interest rates.

Most of the PMI survey data was collected before Sept. 23, when new finance minister Kwarteng plunged markets into chaos with historic tax cuts and borrowing in his "mini-budget". The central bank was forced to intervene to stabilise UK bond markets.

The pound and gilts showed little reaction to the survey, with investors focused more on Truss's plans for the economy, as well as growing signs of political instability in her government.

Truss on Wednesday urged her fractious party to stick together and help transform the economy and the country, fighting to restore her dwindling authority after a chaotic first month in office.

The PMI for the services sector fell to 50.0 from 50.9 in August, signifying stagnation but still better than the flash reading of 49.2.

New orders from both home and abroad declined, with survey respondents blaming Brexit and a weaker world economy, as well as subdued confidence and customers cutting costs.

Inflation pressure remained close to the record high recorded in May, as businesses reported "unavoidable" price increases due to higher bills for wages, energy and supplies.