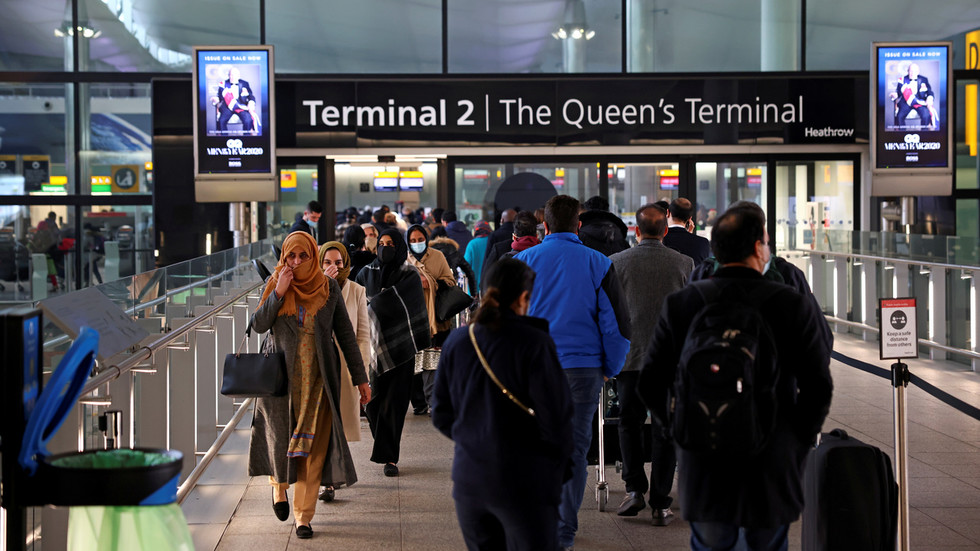 British airports are facing dangerous overcrowding when international travel is reopened next month, and one way to deal with it is to resume the use of e-gates, which can automatically check Covid-19 paperwork.

The ePassport gates were closed in Britain in February as part of a series of restrictive measures taken by Prime Minister Boris Johnson's government to curb the coronavirus. There is a plan to reopen them within months, but it will require linking the health paperwork necessary to enter the country to travel documents, the Times reported on Tuesday.

Entering the UK will require a passenger locator form, a negative test for Covid-19 and proof of two more tests booked during quarantine. The proposed database integration will link those documents to a traveller’s passport so that they can be verified by automated border control.

The task is “incredibly complicated” and may be completed soon enough to reopen e-gates by August, a Whitehall source told the newspaper. The government’s Safe Return of International Travel task force said it wants all e-gates across the UK to work by the autumn.

Reopening the gates will help cut down on face-to-face interaction between passengers and border control officers, and reduce the backlog at airports. At the moment there are some pretty grim predictions of what will happen once non-essential air travel is allowed, which is scheduled to happen on May 17.

Heathrow last week warned that queues as long as six hours are already happening because the manual checking of Covid-19 paperwork requires additional time and the Home Office had not provided extra officers to do the job. It will become “a much bigger problem after May 17,” the airport’s chief solutions officer, Chris Garton, told members of the Commons Transport Select Committee.

Paul Charles, chief executive of the travel consultancy PC Agency, told the Times that without e-gates, queues could “easily be 10 hours” this summer. Some travellers are apparently already failing to cope with the long waiting times, so even longer lines will make the situation at airports even more difficult.

The Home Office earlier said it had no plans to drop the demand for checking 100% of passengers for health papers. Airlines are required to verify locator forms before boarding, with border control officers checking them again upon arrival. The government says airlines’ poor compliance can result in passengers not having proper paperwork prepared in advance and creates an additional backlog.

Some people have called for a swifter reopening of e-gates, citing the increased threat of infections that large crowds at airports would pose. “Urgent action is needed to prevent airports turning into the country’s Achilles’ heel in the fight against coronavirus,” said Liberal Democrat MP Layla Moran.