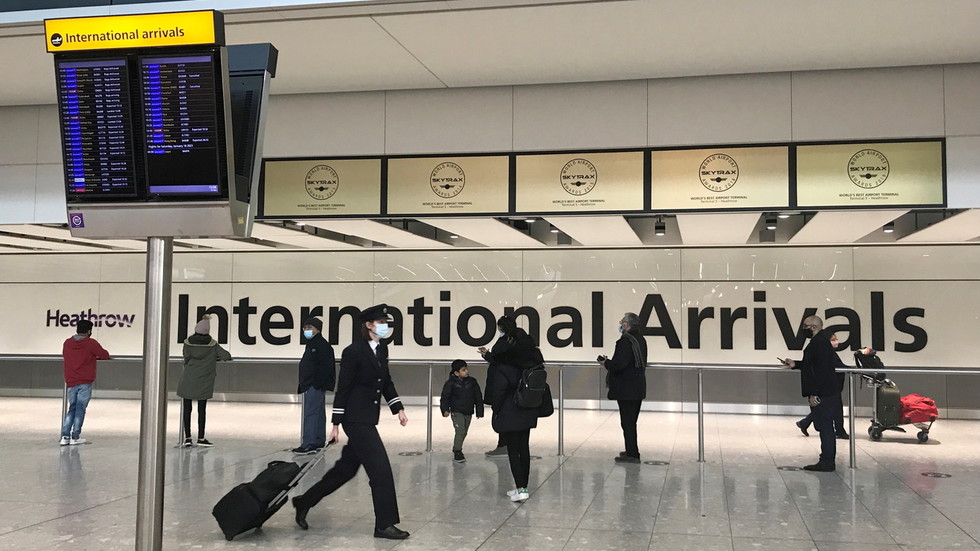 India has been added to the UK government's so-called travel 'red list' of countries in response to a new Covid-19 variant, just hours after Boris Johnson cancelled his visit to Delhi amid a surge in infections there.
The UK has detected 103 cases of a new variant first identified in India, the "vast majority" of which are linked to international travel, Health Secretary Matt Hancock told MPs in parliament on Monday.

"We've been analysing samples from these cases to see if this variant has any concerning characteristics, like greater transmissibility or resistance to treatments and vaccines, meaning that it needs to be listed as a variant of concern," he said.

"After studying the data and on a precautionary basis, we've made the difficult but vital decision to add India to the red list."

India's addition to the list means that, from 4am on Friday, people who are not UK or Irish residents or British citizens cannot enter the UK if they've been in India in the previous 10 days.

People from these groups who have been in India within the last 10 days will have to quarantine in a UK hotel for 10 days on arrival.

The announcement comes after Johnson said on Monday morning that he would no longer fly to India to meet Prime Minister Narendra Modi, where the pair were to discuss climate and trade, among other issues.

Speaking about the cancellation, Johnson said he and Modi had come to the conclusion that their meeting should be postponed, saying it was "only sensible" given India’s Covid-19 situation.

India, which has a population of more than 1.3 billion people, recorded a further 1,620 deaths from the virus on Sunday.

The new variant, which is apparently more transmissible and resistant to vaccines, has taken hold in the country and is now responsible for the majority of new cases in India.

The 'B1617' strain has been genomically sequenced in India, where researchers have found that it contains the E484Q and L452R mutations in its spike protein, which may help it evade the neutralising antibodies that fight Covid-19.

Danny Altmann, professor of immunology at Imperial College London, said the variant's apparent ability to escape antibodies could still spell trouble for the UK, where at least half the population has had either zero or only one dose of a Covid-19 vaccine.

"We still have a very large vulnerable population who can still be caught out by variants like this," he told ITV's Good Morning Britain.
#COVID-19  #vaccine  #Covid  #Boris Johnson  #Vaccines
Add Comment